Anschutz: $1 billion for Broadmoor and other assets?

Now that the it has been confirmed that the Denver-based Anschutz Corp. is buying the 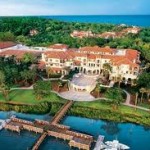 historic Broadmoor Hotel in Colorado Springs – as well as all of the other assets of the privately held Oklahoma Publishing Co. – a hodge-podge of assets, ranging  from an Oklahoma newspaper to water rights in Douglas County – the question on everyone’s mind is how much is the company, headed by Philip Anschutz, paying?

A back-of-the-envelope estimate gleaned from talking with experts, as well as published reports on the various companies being purchased, put the potential purchase price at about $1 billion. However, if the deal closes as expected – probably next year – the only two properties that Anschutz appears committed to owning for the long-haul are the Broadmoor and the Oklahoman newspaper in Oklahoma City. Other properties, may, but not necessarily, be spun off at future dates, depending on market conditions.

It does appear, however, that it was the Broadmoor is the jewel-encrusted swizzle stick that stirred Anschutz’s interest in the entire company. As Steve Bartolin, the president and CEO of the Broadmoor told me today, Anschutz had been rebuffed in his interest in buying the venerable hotel for years, and may have figured “another way to skin the cat” by buying the entire company.

When I asked him how much Anschutz is paying, his reply, not unexpectedly, was: “I can’t say.”

Certainly it does appear that Anschutz has a penchant for trophy hotels. Last year, he and partners paid $212.3 million for the Cloister off Sea Island in Georgia. “That is the same vintage and era hotel as the Broadmoor,” Bartolin told me last week, before he knew that Anschutz was buying the Broadmoor.

Although beach resort properties typically carry a premium to most other hotels, the Cloister was purchased out of bankruptcy and with only 175 rooms, is much smaller than the 744-room Broadmoor.

Several people I spoke to today estimated that it is not unreasonable to think that given that the Broadmoor is not distressed like the Cloister, and is in top-notch condition, it may fetch in the neighborhood of $400 million. “It would not be unreasonable,” for the 500-room Hyatt Regency hotel to sell for about $175 million, according to one source. In other words, those two assets alone already could easily top $500 million.

The second largest asset Anschutz is purchasing appears to be Dallas-based Pavestone LLC. The Gaylord family bought the company, or a piece of it, in early 2010. In 2008, Bob Schlegel, the owner, inked a deal to sell it to Dublin, Ireland-based CRH PLC, the world’s second-largest distributor of building materials, for $540 million. Pavestone’s earnings before interest, taxes, depreciation and amortization in 2007 was $65 million, on $368 million on sales of $368 million, CRH said at the time.

Unfortunately for Schlegel, a colorful business titan in Dallas, the Federal Trade Commission threatened a lawsuit and the deal collapsed. He found himself shopping his company at a time when the slow-down in housing and construction clearly hurt his bottom line. One person at the time estimated the Gaylord family invested $110 million to $140 million in the company. Today, one observer doubted the company would have sold for less than $200 million.

A 2009 report on the water rights the company owns in Greenland Ranch in Douglas County noted it can withdraw 14,56s acre-feet of water each year for 100 years. It said that water rights had been selling for $2,000 to $3,500 per-acre foot, which would put the sale price at $29 million to $61 million. The report went on to say the capital costs for well fields and pipeline infrastructure would cost between $70 million and $85 million, although one expert today said he thinks it would cost $100 million or more. In any case, the report said the water rights are enough to supply the annual needs of approximately 30,000 homes and generate between $370 million and $400 million in revenues.

Another component of the deal with for the Oklahoma Publishing Co.’s assets is  De Wafelbakkers LLC, a fast-growng breakfast company in Little Rock, Ark. One analysis estimated its annual revenues at $51 million. If it sold at one times annual earnings that is another $50 million or so in the kitty.

Using industry standards, Suddenlink Communications, the nation’s seventh largest cable-broadband company with about 1.4 million residential customers and thousands of commercial customers, would be valued at more than $300 million, although it is unclear what percentage the Gaylord family owns. But it owns a third, potentially that could be another $100 million.

The value of a 100-piece collection of Western master is is selling also is a mystery. “I’m guessing the average cost of a piece is probably $500,000,” said one wag. “I haven’t seen it, but I would expect, like Phil Anschutz, they own really great pieces of Western art. I wouldn’t be surprised if they paid $25,000 at the low end and a couple of million of dollars for other pieces.” To be conservative, he recommended a price tag of $30 million for the art.

Ironically, one of the legacy properties that Anschutz apparently is most drawn to is the Oklahoman, but as far as dollars that may be the least-valuable asset being sold. Even though it is almost surely in better financial shape than most newspapers, because it has less competition, it is no secret the newspaper industry is not a healthy one.

“What’s the Oklahoman worth? Certainly a fraction of what it was in the past. $10 million?” speculated one person.

Of course, the truth is, it is likely that no outsider will ever know how much Anschtuz paid. After all, this is a case of one private company buying assets from another private company. And Anschutz, is notoriously press-shy, even though he owns high-profile assets such as the Staples Center and Examiner.com.