WHO IS JOHN BRANCA, BEHIND THE MASK

John Branca who claims to be The Michael Jackson Estate Executor! We also have John McClain who flies under the radar, who is equally guilty as he was also dismissed and ordered to cease and desist in ANY Michaels affairs. Barry did the decent/Legal/Right thing by resigning. 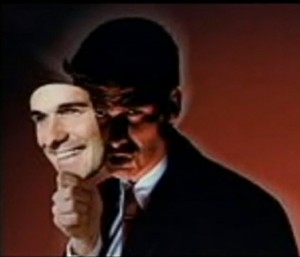 THIS IS WHO JOHN BRANCA IS,, STOP LISTENING TO THOSE WHO ARE NOT!!!! I REPEAT NOT HERE FOR THE TRUTH.. NOT HERE FOR MICHAEL!!! WE DEFEND MICHAEL AND ONLY MICHAEL, NOT JOHN BRANCA, JOHN MCCLAIN OR JOHN DOE!!!

WE USE ONLY MICHAELS TEACHINGS, AND WORDS ALONG WITH COURT/OFFICIAL/DOCUMENTS!!!!!!

JOHN BRANCA WAS FIRED IN 2003 & HE WAS NEVER REHIRED BY MICHAEL! http://youtu.be/SO8PUNcNVhQ Court docs V Tabloid Trash, who would you believe

MEET Michael Sitrick(His profession is spin, which might be defined as making your client look as good as possible in the face of potentially devastating facts or rumors)

WATCH, THEN WATCH IT AGAIN, OFFICIAL DOCUMENTS DO NOT LIE!! ONLY JOHN BRANCA, HIS SUPPORTERS AND HIS PR   DO!

Don’t Get It Twisted

On February 3rd, 2003, Michael instructed Branca to turn over to his new attorneys all records, files, and papers dealing with his personal and business life. While Branca turned over his other files, Branca secretly refused to turn over the purported July 7th, 2002 will and March 2002 trust. No will was ever turned over to Michael’s new attorney. This was a total violation of Branca’s fiduciary duty as Michael’s lawyers. Branca concealed the will, and concealed his refusal to resign as executor. Branca’s concealment and failure to resign continued for many years despite Michael’s numerous demands that Branca turnover all documents and resign from all positions. Conduct of this nature should not be allowed by the courts.

.In 2003, Michael Jackson launched an investigation into Branca’s alleged embezzlement activities, regarding Michael’s money. The investigators, the firm of Interfor in New York reported in February, March, and a final report on April 15, 2003, that there was an improper relationship between Tommy Mottola and John Branca whereby Branca and Mottola were allegedly funneling Michael’s money to offshore accounts in the Caribbean. The Interfor report caused Michael Jackson great anguish and Michael demanded that Branca was never to have anything to do with him, his business, and his family, or his personal life again.

Michael terminated John Branca because of his belief that Branca had committed crimes against him. Branca never gave Michael an accounting of whether this report was true or false, nor did he disclose his books and records to Michael.

.Branca never complied with Michael’s demand that he make an accounting and resign.

For many years, John Branca entered into thousands of licensing agreements with the public for music and songs on behalf of Michael Jackson and the Sony/ATV Trust. Michael terminated Branca because he believed Branca was embezzling money from these licensing arrangements. Neither Branca nor his firm has been audited concerning the multi-million dollar proceeds and receipts of these transactions. Branca cannot make an independent audit of himself while serving as executor. When Branca filed the petition for probate on July 1st, 2009, less than a week after Michael passed, he failed to disclose his prior business relations with Michael Jackson regarding licensing and the Sony/ATV Trust. It is not a question of the truthfulness or accuracy of the investigators report or even Michael Jackson’s belief. Rather, it is a matter of following Michael’s instructions to resign, turn over all documents, and terminate all relationships. Branca refused to obey his client Michael Jackson’s instructions. Branca should now be made to follow his instructions, resign as executor and he should be prosecuted to the fullest extent of the law.

Michael Jackson also signed various attorney retainer agreements with his law firm from 1993 to 1995. In those agreements Branca took five percent of the proceeds of Michael Jackson’s businesses and performances, and then, without further entitlement, a five percent ownership in Michael’s Sony/ATV Catalogue royalties, all of which were the subject matter of his representation.

These contracts for representation not only constitute a conflict of interest, but also violate Branca’s duty as a lawyer by taking an interest in the subject matter of the representation without his client’s authorization. Michael told me, in 2004 that his Sony/ATV Catalogue was valued in excess of $1 billion. A 5% interest represents $50 million. There was no conflict of interest disclosure in the retainer agreement. Michael did not have independent counsel to review this transaction. Branca’s representation thereafter was tainted by the continued conflicts of interests and concealment of his actions that allowed him to continue taking advantage of Michael.

In April 2006, Michael Jackson paid Branca $15 million to get back his five percent interest in the Sony/ATV Catalogue. When Branca filed his petition to be the executor of Michael’s estate, he conveniently concealed this multi-million dollar transaction and material profiting from, what I truly believe to be, the stolen 5% interest in Michael’s business. Branca had a duty to disclose to the court the nature, amount, and details behind this transaction. He violated his duty as an attorney to give full disclosure to the court of Michael’s payment of $15 million dollars to Branca in 2006 to reclaim his 5% interest in the Sony/ATV catalogue is a total conflict of interest with the Estate of Michael Jackson. Because Branca is the special administrator and designated executor, Branca has not and will not seek sanctions against himself; thereby perpetrating an intentional fraud upon the court. .Barry Siegel was also listed as an executor to Michael’s will. On August 26th, 2003, Siegel resigned as executor of Michael’s will. He sent his letter of resignation to Branca. John Branca concealed that document until he filed the July 1st, 2009, probate petition, and this is in violation of Michael’s instructions to resign all positions and turn over all documents as he requested him to do in February 2003.

When Branca filed the probate petition on July 1st, 2009, he attached the August 26th, 2003, Siegel letter. Barry Siegel resigned pursuant to the termination letter from Michael similar to the letter Branca received. However, while Siegel complied with Michael’s instructions and resigned, Branca did not. When Branca filed his probate petition he concealed the fact that Barry Siegel had followed Michael’s instructions but he had not. Branca had a duty to disclose to the court and to present the Siegel resignation letter of August 26th, 2003. Branca’s petition to be executor violates Michael Jackson’s termination letter of February 2003. When Michael terminated Branca on February 3rd, 2003, and requested that he turn over all documents to his new attorney, Branca never turned over a reported July 7th, 2002, will. This is a complete violation and my true opinion is that John Branca should be removed from Michael Jackson’s estate and immediately be prosecuted.

Why didn’t Branca check the ridiculous AEG contract if he was rehired by Michael as his lawyer? We know Michael didn’t want to do the 50 concerts because he knew they would kill him. Plus, the contract was good for AEG but not fair at all to Michael being the artist he was. Wouldn’t it be logical then to think he would speak with his lawyer about that? Instead he’s dead and the lawyer who was supposed to work for Michael and his interest is doing business with AEG. Reminds me of the $ony contract that Branca negotiated and Michael wanted to get out of…Source

Will be updating…… check back…. SO MUCH TO ADD