UPDATE, REPLY FROM JOHN BRANCA, SCROLL TO THE BOTTOM

Original post is of July 17th 7pm
We received a letter from an anonymous sender, we waited until there was confirmation as to its authenticity, numerous fans tweeted/called/emailed the family members, once we it was confirmed it was published. 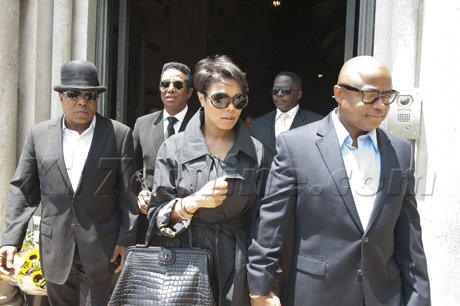 The letter below was sent to us via the contact button from an anonymous sender.

Letter From MJ Family to John Branca &amp; John McClain to STEP DOWN!!

UPDATE, FORBES HAVE SINCE PUBLISHING  TAKEN THIS SECTION OUT OF THEIR ORIGINAL ARTICLE, I GUESS BRANCA GOT TO THEM,

Branca and McClain’s statement in response to the Jackson siblings’ letter was somewhat misleading. The Will was not in court of appeals or Supreme court.. Forbes more.. http://www.forbes.com/sites/trialandheirs/2012/07/18/michael-jacksons-siblings-promise-new-fight-over-his-estate/

If Janet is signing something that exposes Mcclain, you better bet your ass it holds water! She was his most notable protege!

Katherine Jackson has been slapped around for 3 years. I’ve seen Basketball Wives gain access to their fair share much easier!!

If this were the Estate of Elvis or Lennon, this story would dominate morning news. Producers would be up now working. ?#Justice4TheJacksons

I lashed out at a couple of fake fans, and it felt good. Especially to see one get so irate, I hope thats how Branca feels now

Since when do “internet conspiracy theories” make it to court? Branca, your crimes are no magic bullet and you will answer!

So the missing pages, misspellings and falsities are “Internet Conspiracy Theories” that were debunked in court.

i can already tell the media will suppress this tomorrow? But TMZ will spin the hell out of it for sure

do you think elvis fans know the names of his estate attorneys? The Beatles? Beyonce, even? Nope, thats bizarre. Your Paid Brana supporters!

Branca will fail because his tactics are sloppy. Hiring your firm, for instance. What legit “fan” is obsessed with attorney

He thought he was being given an IV to replace lost fluids, which was common for him after being on stage. At some point the IV was SPIKED

UPDATE:- We have added the parts in bold, John Branca and McClain is running on out LAST NERVE!!

Recently, a letter was posted online from some of Michael Jackson’s siblings, (Not true, was leaked from Perry Sanders office see fedex receipt, stamped “RECEIVED”) whom Michael chose not to name in his will, questioning the document’s validity and the naming of John Branca and John McClain as his Executors. Here is a statement from attorneys for the Estate in response to the online posting:

Any doubts about the validity of Michael’s will and his selection of Executors were thoroughly and completely debunked two years ago when a challenge was rejected by the Los Angeles County Superior Court, the California Court of Appeals and, finally, the California Supreme Court. (NOT TRUE MRS JACKSON NEVER CONTESTED THE WILL, SHE HAS OPTION TO)

Under the supervision of Los Angeles County Superior Court Judge Mitchell Beckloff, Co-Executors John Branca and John McClain have diligently carried out their fiduciary duties as well as their obligation to Michael to make sure that his Estate benefits the only family members he named in his will – his mother and his three children

We are saddened that false and defamatory accusations grounded in stale Internet conspiracy theories are now being made by certain members of Michael’s family, (conspiracies, Branca you spelled Michael childrens names WRONG) whom he chose to leave out of his will.  MJ Left you out for EMBEZZLEMENT, DID YOU COMPLY? YOU WERE ORDERED TO RESIGN AND HAND OVER ALL DOCS, WHEY DID YOU CONCEAL THE WILL, IF IT IS INDEED REAL!)  We are especially disheartened that they come at a time when remarkable progress has been made to secure the financial future of his children by turning around the Estate’s finances as well as during a time when so many of Michael’s fans, old and new, are enjoying his artistry through exciting new projects.

By the way, Barry who was also an estate executor did the right thing by resigning

Notice Branca does not deny saying to Mrs Jackson “I am Michael Jackson Now!”
He attacks the family for posting the docs, when you can clearly see it was leaked from Perry Sanders office(Perry who works for Branca, hired to “control” Mrs Jackson), see fed ex receipt posted with the docs, stamped “RECEIVED”

We thought you may want to see what EVIL looks like! 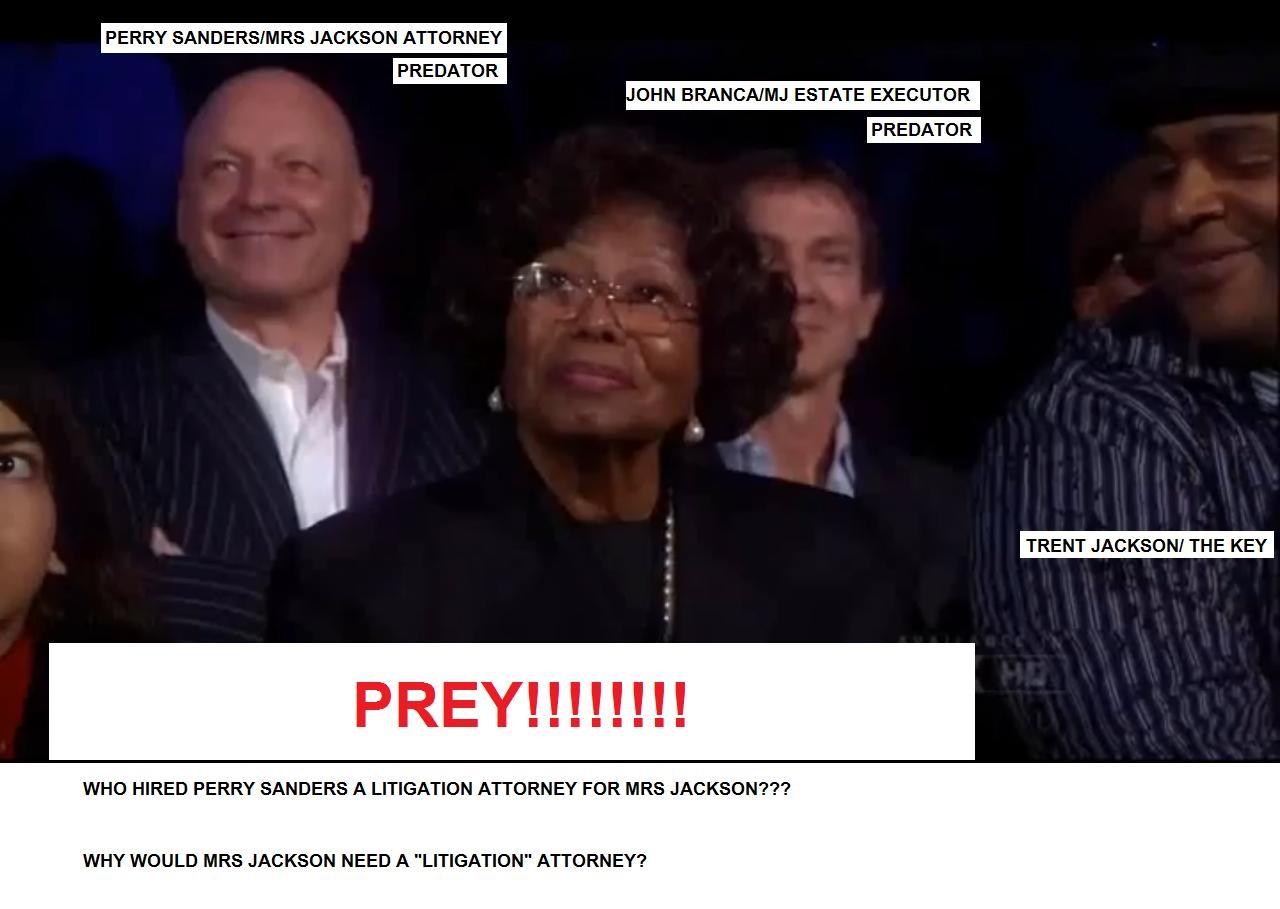 They certainly do have reason$$ to smile, notice Mrs Jackson is NOT smiling!!

And whats Mrs Jackson’s attorney doing at a show with her and Michael babies!!! They certainly are keeping a TIGHT grip on her 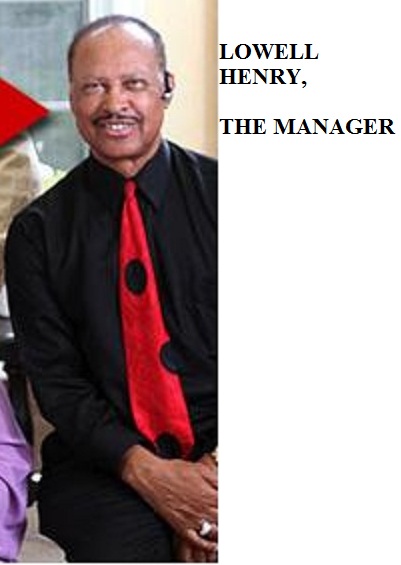 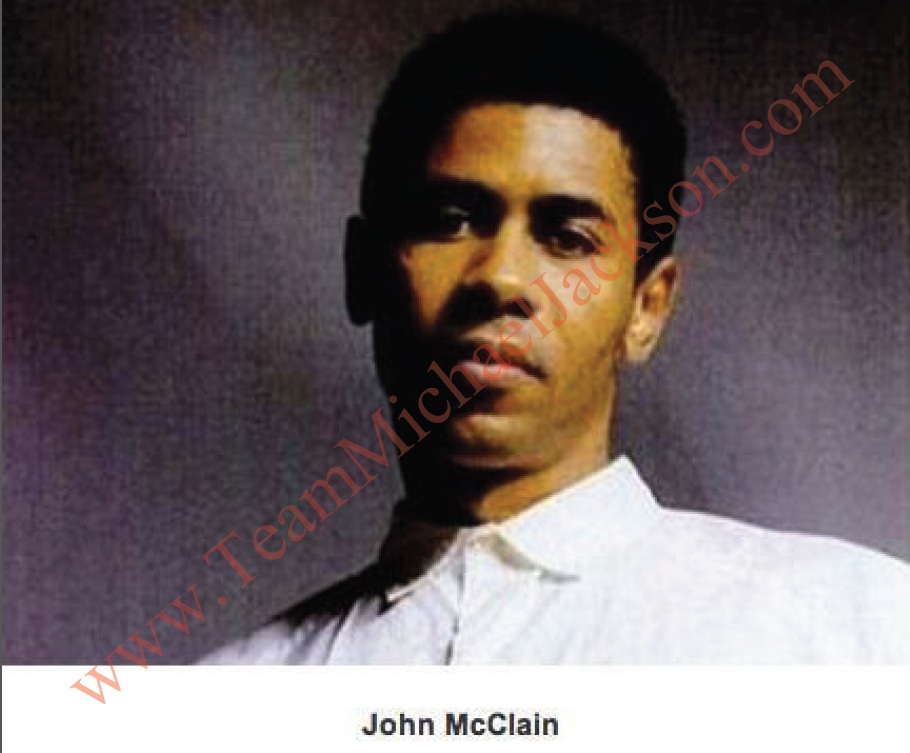 Translate Letter from here, use translator from top left of this page!