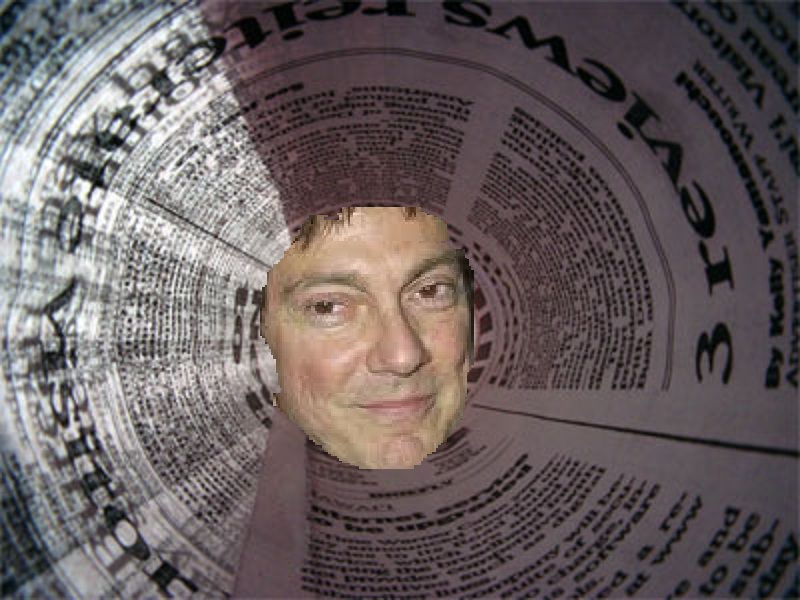 BRANCA MEDIA SPIN (BMS) – IT IS SO CALCULATED, AND OH SO PREDICTABLE, I AM DECLARING IT AN “ACRONYM” (BMS)!!!

JOHN BRANCA’S MEDIA SPIN (BMS) TO ATTEMPT TO CONVINCE THE PUBLIC THAT THE WILL IS NOT FAKE – WELL, IT IS NOT WORKING AND “WILL” NOT WORK (PUN INTENDED)!!!

On July 18, 2012, Forbes produced an Article entitled “Michael Jackson’s Siblings Promise New Fight Over His Estate.”  The article can be found at: By Danielle and Andy Mayoras

The Article discusses the Jackson Sibling’s letter sent to John Branca and John McClain accusing the pair of fraud, forgery, exploitation, and abuse.

The Article goes on to say that in the Letter, the Jackson siblings claim the Will produced by John Branca dated July 7, 2002, is “Fake, Flawed, and Fraudulent.”

It further depicts the siblings stating in their letter that Michael told them (his Siblings) in the months leading up to his (Michael’s) death that he (Michael) despised the pair (John Branca and John McClain) and didn’t want them to have anything to do with his life or his estate!!!

But that’s not all!  The Article declares the letter furthermore states that John Branca and John McClain lied and took advantage of their 82-year old mother, managing to get her to agree to increases in their percentage fees from the gross income of the estate.

NOW, A NEW STORY IS RELEASED ON AUGUST 17, 2012, AND THIS NEW ARTICLE CONTAINS SOME NEWLY FORMED (I MEAN RELEASED) ALLEGED EVIDENCE (OVER THREE YEARS LATER AND NOW ONLY RELEASED BECAUSE THE WILL IS BEING CHALLENGED).

THE NEW ARTICLE IS ENTITLED “THE SCANDALOUSLY BORING TRUTH ABOUT MICHAEL JACKSON’S WILL.”  IT CAN BE FOUND AT: By Zack O’Malley Greenburg

THIS NEW “STORY” WE FEEL WAS OBVIOUSLY MANUFACTURED BY JOHN BRANCA TO TRY TO COVER UP FOR, AND TO “PUT A SPIN ON,” THE FIRST MENTIONED ARTICLE THAT DETAILS THE SIBLINGS CLAIMS AGAINST THE CURRENT CO-EXECUTORS, JOHN BRANCA AND JOHN MCCLAIN.

I WONDER HOW MUCH BRANCA PAID FOR THIS NEW ARTICLE???

First The Estate said Michael Jackson was in NY when the Will was signed and the location was wrong. The witness merely wrote Los Angles because this was Micheal’s home address (actually it was Neverland Ranch, Santa Barbara) now they say Michael was in California the date is wrong?? So The Estate are acknowledging the errors in the Will!! Shame they do not have the decency to do so in PRIVATE, with the Jackson Family!

THE NEW INFO IN THIS NEW FORBES ARTICLE JUST RELEASED NOW STATES (FOR THE FIRST TIME EVER) THAT THERE ARE NOW ALLEGEDLY THREE (3) PREVIOUS WILLS AND THAT THE ONLY EXECUTOR THAT IS ALLEGEDLY NAMED IN ALL THREE IS JOHN BRANCA (WHAT A COINCIDENCE – HOW CONVENIENT)!!!

This new Forbes Article states the author “separately viewed three (3) previous versions of the will” and that, as stated, all coincidentally name John Branca and one of the executors.

IF THAT IS TRUE JOHN BRANCA – THEN PRODUCE THESE ALLEGED THREE (3) PREVIOUS WILLS – WE WANT TO SEE THEM!!!

HERE ARE OTHER INTERESTING PIECES OF INFORMATION FROM THE NEW ARTICLE:

This “alleged” will lists his first name wrong, the middle name is wrong; the only thing correct is the last name Jackson.  Michael was a PERFECTIONIST and Michael would NOT sign a legal document as important as his Last Will and Testament that was NOT CORRECT.

The alleged Third previous will allegedly signed in March 2002 (after “Blankets’” Birth on February 21, 2002) completely leaves “Blanket” out of the Will by Name!  There is NO WAY Michael would have ever signed a Will after “Blanket’s” Birth and completely left his newborn Child out of it!!!

The middle name is wrong and the only other thing correct is the last name Jackson.  Michael was a PERFECTIONIST!  Michael would NOT sign a legal document as important as his Last Will and Testament that was NOT CORRECT.

Furthermore, It is UNETHICAL and a MAJOR CONFLICT OF INTEREST for John Branca to have authored and prepared the Will (and now we find out for the first time, there are alleged Wills) and serve as Co-Executor.

AND FINALLY, IF IT WERE TRUE THAT MICHAEL SO METICULOUSLY HAD THREE (3) PRIOR WILLS DRAFTED (ONE WITHIN MONTHS OF EACH OTHER IN MARCH 2002 AND JULY 2002), THEN WHY IN THE WORLD WOULD HE NOT HAVE HAD PREPARED ADDITIONAL WILL(S) AFTER HE FIRED JOHN BRANCA IN FEBRUARY 2003???!!!

MICHAEL WAS A PERFECTIONIST — I DON’T BELIEVE A SINGLE, SOLITARY WORD IN THIS ARTICLE!!

We covered the change Forbes made when the first article was released: Written  By:  Danielle and Andy Mayoras,  “Branca and McClain’s statement in response to the Jackson siblings’ letter was somewhat misleading.” I guess D and A Mayoras DID NOT CHANGE IT ENOUGH, so Branca sends in Zack O’Mallyer “Greenburg” to write a new article!!!   http://www.teammichaeljackson.com/archives/5625

It is irrelevant how many Wills there are prior to 2003, as this is the date John Branca was fired for Embezzlement! Who cares how many BILLIONS a crook has made for an Estate, a crook is a crook, Justice has no boundaries, does not say, if you earn a certain amount the crime is over looked!!