The Prince of Darkness John Branca 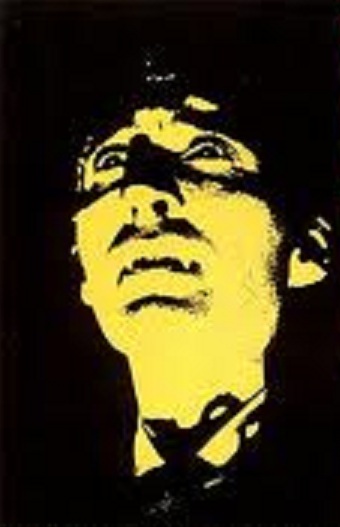 In an article last year for “Californian Lawyer” John Branca talked out the side of his braggadocios ass about Michael, the estate he stole and of course Sony/ATV. The more you listen to this guy the more his mental illness becomes apparent. He truly believes he is Michael Jackson and he truly believes he created his legacy and therefore it is due him.

The article starts off stating that Branca was in Cabo San Lucas when Michael was killed. Don’t you think late June is a rather interesting time to take a family vacation when you have supposedly just been hired back by Michael Jackson days earlier to help him embark on a ginormous tour?

A tour that would take place out of the country and according to President of AEG Live Randy Phillips, Michael was leaving to London on June 25th 2009 the very day he was killed. Why would Branca be in Cabo on vacation when there was still much that needed to be done to get the business in order for This Is It?

There were no permits, Michael had not settled on 50 dates, Michael had not signed the agreement for Dr. Murray to be his doctor and get paid $150,000 a month. Murray himself couldn’t get a straight contract from AEG and finally signed a contract himself on June 24th 2009.

Tohme the fired manager showed up at UCLA when the news was broke to the media. Branca told Piers Morgan that he was back with Michael for a month, yet in this interview that he himself gave to California Lawyer it states he was hired 8 days before Michael’s death. Just 8 days…who goes on a Caribbean vacation 8 days after starting a complex new job?

More validity there was never going to be a tour and it’s apparent that like Phillips…Branca knew what was going to happen before hand. Mafioso style Branca had an alibi, for he was thousands of miles away from the scene of the crime.

In the Jackson’s letter they state that when they tried to get in touch with Branca he said he was on vacation and could not be bothered for 4 days. The Jackson’s didn’t lie, did they? There is no logical explanation for Branca being in Mexico when he should have been in LA getting the legalities of the tour worked out. If Michael was leaving to London on June 25th, why weren’t he and the kids packed or the house prepared to be closed down, why wasn’t Conrad packed he was out having drinks getting chicks before he came to Carolwood that night. Where are the flight plans and charter that would take Michael and the kids to London? Where was Mike to sleep, AEG had not found him a house as of yet nor did Murray have one as he was not officially under contract. These types of matters were the responsibility of John Branca the legal man that we are told Michael rehired.

How was he going to London on the June 25th when the production was not complete on TII, no full run-throughs occurred, no costumes, no staff accommodation and travel in place. Branca should have been elbow deep in meetings with tour managers, promoters and the like. Why were he and his family in Mexico on a beach sipping Mojitos? When the Jacksons contacted him or when he heard himself that Michael was dead why didn’t he take the first thing smoking to L.A.? Branca you knew Michael was going to die of this I am sure.

As usual Branca talked about Thriller and how he got the funding for the most expensive video at the time. Michael was going to scrap the video as he didn’t want to disrespect the wishes of the Elders from The Watch Tower. Branca with dollars signs in his eyes talks about how he lied to Michael and disrespected his wishes (sounds familiar) to get what he ultimately wanted the deal of a lifetime with the making of Thriller. Here is what it says….

Faced with the prospect of trashing the $1.2 million video (the average budget for a music video at the time was a mere $50,000), Branca quickly fabricated a tale that actor Bela Lugosi, one of Jackson’s idols, had been a deeply religious man who didn’t approve of vampires and put a disclaimer to that effect at the beginning of his Dracula film. Jackson bought the story, placed a similar disclaimer at the beginning of “Thriller,” and the rest is music-video history.

This part he told in a separate article to Vanity Fair

About two weeks before the premiere, Jackson called Branca and, hyperventilating and speaking in a halting voice, ordered him to destroy the negative of “Thriller.” After much cajoling he revealed the reason for his decision. “He said the Jehovah’s Witnesses heard he was doing a werewolf video,” Branca recalls. “They told him that it promoted demonology and they were going to excommunicate him.” Branca conferred with Folsey and Landis, and all agreed that the “Thriller” negative had to be safeguarded. Landis immediately removed the film canisters from the lab and delivered them to Branca’s office, where they were locked up.

Branca early on was learning the ways of Michael and how to manipulate him how to lie to him and put him in positions where Branca would see maximum benefit. He says that he will do anything to make the deal.

“I’ve been charming, ruthless, an asshole,” he declares, characterizing himself as the guy you give the ball to in the fourth quarter with a minute left.

Branca talks about how he brokered the deal to get ATV from then owner Robert Holmes a Court.

At one point, Branca says, he had a handshake agreement to acquire the catalog from Australian businessman Robert Holmes à Court, only to discover that the seller had turned around and struck a deal with a rival bidder. “He fucked me,” is how Branca puts it. Then the attorney learned that one of the financiers of the rival deal was a colleague he’d done business with over the years.

“I went to him and asked him to pull the financing,” Branca recalls. The colleague agreed, effectively killing the deal with Jackson’s competitor, Martin Bandier, then co-owner of The Entertainment Company.

Martin Bandier… where have we all heard that name before, yes he sits on the board of Sony/ATV as Chairman and CEO, he was also one of the heads of EMI Publishing which recently got acquired by Sony/ATV and he will now be involved with the administration of MiJac as well. Seems Bandier had the inside track when he did his boy Branca a favor and backed off the bid for ATV all those years ago.

More and more the pieces to the puzzle are coming together. If you think the hostile takeover of Michael’s empire wasn’t a plan many years in the making…I ask you to please rethink that.  Remember the Jackson letter; Bandier too was on the CC Line, they know what the deal is….

With no ready buyer, Holmes à Court promptly phoned Branca from London and invited him to fly there to jump-start their earlier agreement. “I told him to go fuck himself,” Branca says. This was a risky move: Instead of following the usual procedure and waiting until the deal was signed to start due diligence on any outstanding accounting and legal issues, Branca had already invested more than a million dollars in fees to resolve them in advance.

What fees were these Branca that you had invested in. Investing a million dollars of your own money in a business deal that you are brokering on behalf of a client is a gross conflict of interest and insider trading. Would this have been monies to Bandier to back off, monies to Charles Koppelman to back off as well.

Koppelman was after the catalog too and he’s the guy that later became one of Michael’s business managers. Did you know that Branca and his firm coordinates and manages Michael’s other business advisors as well as his other attorneys and they get paid for that. In the end the thieves take care of each other, Bandier gave Branca a job during this period.

After losing out on the Fab Four’s catalog, Bandier told his partner, “Next time we bid for something like this, we’re hiring John.” Which is just what they did when they went after CBS Songs.

CBS songs later became part of Sony Entertainment when they acquired CBS music. The men in suits are all one in the same and they have been real busy for decades orchestrating their push for the Order.

They go on to talk about there being no other Will than the fake from 2002 and how he and McClain became the executors of Michael’s estate. More lies where told when this was stated.

Initially, Jackson’s mother, Katherine, fought to gain control of the estate. She is the guardian of her son’s three children and the beneficiary of 40 percent of the estate, and she accused Branca and McClain of conflicts of interest. After Katherine Jackson filed several unsuccessful legal challenges, the dispute blew over, and she has since praised the pair’s management of the estate.

Mrs. Jackson never challenged John Branca or John McClain in court so there were no unsuccessful challenges. She had been granted permission to do so without prejudice or penalty. However after much cohersion mind manipulation and fear tactics she never followed through on what she knew in her heart was the right thing to do. She has said that Michael didn’t trust Branca and that “he stole from her son”. Mr. Jackson’s claim were flat out dismissed we already discussed the reasons why. By the way, Mrs. Jackson does not praise the estate executors; she is an elderly grieving Mom afraid for her life and the lives of her family. She has been strong armed into compliance by the estate and its operatives.

About the estate Branca says….

“If I do nothing else in my career except having done this for the Jackson estate, I can say I did a great fucking job,” Branca crows. 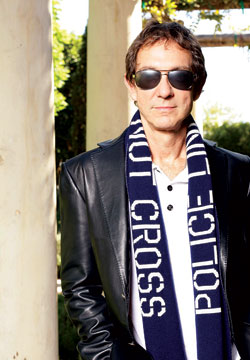 Photo courtesy of John Branca, that’s what it read under the above picture. John Branca personally wanted this photo used for this article. Look at his scarf, what does it say. “POLICE LINE DON’T CROSS” Is this not the words written on yellow police tape that cordons off a crime scene. Branca is giving us a message; he’s mocking us, letting us know that he was a part of Michael’s murder.

I doubt very much if he told the Late Robert Holmes A Court to go and get fucked, if he had off, Michael would never have purchased the ATV catalog… I came from the West Coast Of Australia, and the Holmes A Courts owned TVW 7, and a part
of the agreement for the ATV purchase was for Michael to show up for Telethon, a Charity for children with disabilties. Robert Holmes A Court, was a very kind generous man.In fACT similar to Michael, A GENTLEMEN.
This entry was posted in Blog, To MJ Respect is due. Bookmark the permalink.
*/ get_sidebar( 'footer' ); ?>