Lloyds of London Has Got Some Explaining To Do 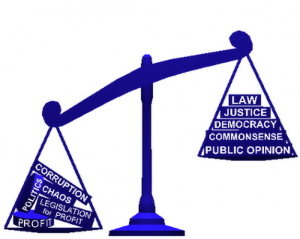 In September of 2012, AEG dropped its death claim against Lloyds of London, the insurance company that had partially insured the This Is It tour. Because Michael never made it to London and Lloyds’ doctors never got to exam him or their execs yet to see a full run through of a show at the O2 arena, this policy only covered accident and injury. Since Michael’s murder, AEG tried to get $17.5 million dollars from Lloyds by laying a death insurance claim. Lloyds has said flat out, that this policy is void for the above reasons, in addition to that, AEG had not been forthcoming about Michael’s health, his lack of attendance at rehearsals and his medical treatment by Dr. Conrad Murray. Lloyds of London in turn filed a lawsuit citing fraud against AEG and The Michael Jackson Company LLC demanded that they rescind their claims. This ongoing battle between AEG and Lloyds of London has lasted 14 months.

In the weeks leading up to the rescinded claim by AEG and Lloyds dropping their fraud lawsuit; LA Times writer Harriet Ryan published the now infamous article that revealed to the world what Randy Phillips, Tim Leiweke and Paul Gongaware were saying about Michael, his state of being and how they had no faith in him. This of course is in violation of the Lloyds of London policy as Lloyds would have never insured This Is It if they had foreknowledge about what was really going on in Michael’s world. One of the many clauses in the Lloyds of London contract states that all permits, contracts and negotiations must be signed and settled before the policy can be valid. This would mean that Michael would have to sign off on things like the number of shows he’s agreeing to do, if he really was the one who hired and wanted Dr. Murray (we know that’s not true) then he’d have to sign Murray’s contract and he didn’t. The real manager would need to be identified as Dileo stepped in, Tohme was out and yet Tohme was still one of the insured under the policy. No one reinstated has proof of reinstatement, including John Branca whom Randy Phillips brought in replacing Joel Katz. How can a concert promoter determine which lawyer should represent the artist. Under the policy there can be no discrepancies or conflicts within. More importantly there would be no insurance without a minimum of 30 shows; Michael agreed to ten…there was already a problem from the beginning; therefore this policy was never valid.

Since the Times’ article leaking the emails, AEG filed an injunction against Mrs. Jackson and Michael’s children as their claim was that the leaked emails had to come from Mrs. Jackson’s camp. Mrs. Jackson is currently in litigation with AEG for the wrongful death of her son; AEG felt that because of the current litigation that Mrs. Jackson and her people were the only ones to have access to these emails. Shortly after, Howard Mann whom just lost his legal battle with the estate, admitted to being the one who leaked the emails to the LA Times.  In light of all these revelations about AEG, they found themselves in a losing battle.

Lloyds of London in their lawsuit demanded that AEG rescind their death claim and wanted the conduct of AEG’s litigation process to be investigated. AEG never followed procedure in filing the claim, as it was not until 10 months later and a court order that AEG began to furnish some of documents that Lloyds had been requesting in connection with processing of the claim. This was a stall tactic of epic proportions; AEG filed this claim knowing that they had none.

Howard Weitzman estate attorney took on the death claim lawsuit against Lloyds on behalf of the Michael Jackson Company LLC and AEG. As we know, this is truly gross conflicts of interest, but what else is new. Weitzman in a letter to Lloyds’ attorney said that AEG and the estate (John Branca and John McClain) went into an agreement on how to split the proceeds to be received from the death claim.

AEG in their responses to queries about the losses incurred with Michael’s death kept reiterating that they lost over 30 some odd millions of dollars in production costs and advances to Michael. It appears that they were more concerned with their investment than loss of life. Lloyds continually asked for assistance in finding out what actually happened to Michael, they asked for five years of medical records dating back to 2003 (this would actually be 6) they wanted knowledge of regimen and medications Conrad Murray was providing Michael with.

Lloyds wanted the contractual agreement between AEG and Murray and wanted to know what happened to the lifesaving equipment and trained assistant that AEG agreed to give Murray.  AEG of course threw Murray under the bus at first, saying no such request was asked or agreed to and then said well the doctor wanted these things once we arrived in London. Makes no sense as there are emails between Murray and AEG where he clearly states that he has already started providing Michael with medical services and this was back in May of 2009. and his request to AEG for vital equipment!

Lloyds of London saw through all the bull, as they were in fact doing their own investigation into Michael’s death; there was no way that they were going to pay any monies on such a claim without at first finding out the reason why Michael is no longer. I for one wished that the state of California would have made at least a smidgeon of an attempt to be more thorough. Media headlines and dramatizations of what they want us to believe happened is not my idea of an investigation. We saw the DEA running around all over the place and yet we still have no real clue on what where and how this propofol came to be in Michael’s life.  Howard Weitzman’s defense of his clients being due this 17.5 million dollar death claim from Lloyds was, “Look at the media surely Michael Jackson is dead and this is a real event.” I wish there was some type of emoticon I could insert here to give you the full depth of my feelings on this asinine statement.

John Branca during the litigation process between AEG and Lloyds of London and himself as the Michael Jackson Company LLC…paid AEG 40 million dollars. As we discussed AEG told Lloyds that they incurred over 30 million dollars in debt related to the production of This Is It and that they had gone into an agreement with the estate to split proceeds from the death insurance claim, AEG changed their minds and started to say that they have incurred no loss and that all loss lay solely on the Michael Jackson Company LLC their co-assured. Putting two and two together we know what happened here and so does Lloyds of London. So they demanded that AEG end this charade, drop their claim and put this 14 month fight to an end. Lloyds of London was concerned about all the legal fees they were racking up in connection with this lawsuit, AEG’s unethical behavior and the process of their legal conduct.

paid for Michael’s death……HUH!! Okay let’s really look at this….AEG no longer says they have loss as John Branca has paid them, Lloyds of London cited fraud and in their words wanted “the charade to stop.” AEG drops out and Lloyds says, “OK fine…no harm, no foul.” What happened to all the legal fees they were asking the courts for, what happened to the investigation that they wanted into AEG’s litigation practices? Legal fees are not yet over for Lloyds of London, as the co-assured in this case, the Michael Jackson Company LLC, run by John Branca and John McClain…is still ongoing. I have stated this before and can’t stress this enough, big business are of a schizophrenic nature, built purely on conflicts of interest to a dizzying degree and bend-break-ignore the rules whenever they see fit.

Why did Lloyds of London let AEG off Scott free? Is it because of the public humiliation that was underway for AEG; where they have now publicly admitted to having no loss (which means they lied) , got paid nothing  and are now being sold to the highest bidder? How much longer would AEG have survived? Their reputation is tarnished and mistreating Michael the way they did has put millions of paying fans off.

This may not be public but you better believe AEG received thousands upon thousands of emails; the raft of Michael’s fans is nothing nice. Not to mention artists will not want to or think twice about doing business with them. Some of you on the low MJ haters may say, “Oh please how can all those things happen by offending Michael Jackson.” Um this is the most celebrated Icon of our time, still runs the music world from the beyond and owns half of it, all while generating billions of dollars. The higher ups will have nothing or no one including their own messing with their money, this is why AEG is being made an example of and the Zionist Anschutz is unloading this company.

Randy Phillips screamed so loud at Michael…Michael Joe Jackson one of the kindest if not the kindest soul in world…he screamed at this man so loud the walls shook and he was proud of it.  PR and the image of a corporation is very important  and no amount of PR is going to clean that up, think about it…did they even try, for what can they say it’s already out there. Look at the sequence of event in the fall of AEG. The media won’t discuss nor print this as they don’t want us to know how much power we really have. If it were not for us the consumers these companies would not exist. So I ask again why did Lloyds just let AEG slip away, they had them right where they wanted them, liable in the court of law.

Was there a side deal or meeting somewhere AEG begged for financial freedom due to the leaked emails given validity to Mrs. Jackson’s suit? Weitzman said so himself, as this was the reason why he wanted discovery delayed in the case vs. Lloyds until after the case with Mrs. Jackson was done. He went on to say that what would be revealed in discovery would potentially have AEG endure even greater losses than the 17.5 million if Mrs. Jackson won the wrongful death suit, to me that statement admits wrong doing.

If AEG and Weitzman and the Estate knew this all along, why in the heck did they file this claim with Lloyds in the first place? Why is Lloyds not taking this to a higher court 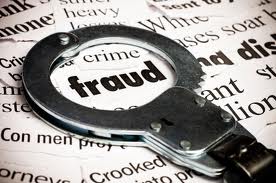 as AEG admitted to no loss and under the policy John Branca has no claim, that is evident and in black and white. Being that Lloyds turned out to be right on all counts, why would they allow AEG to be release from this suit with no fines, when the fraudulent suit still continues with John Branca and John McClain.  You’d think that Lloyds would want to recoup something to help finance their litigation against the Estate. Was Lloyds paid to release AEG and if so by whom and why? Nothing in this life comes for free and although AEG is no more, what did Lloyds of London gain by making this deal. They did not become as powerful as they are by giving passes.

There are a lot of unanswered questions in Michael’s death and the theft of his empire; our investigation and justice for Michael continues……..