Jackson Discovers Conspiracy Against Him 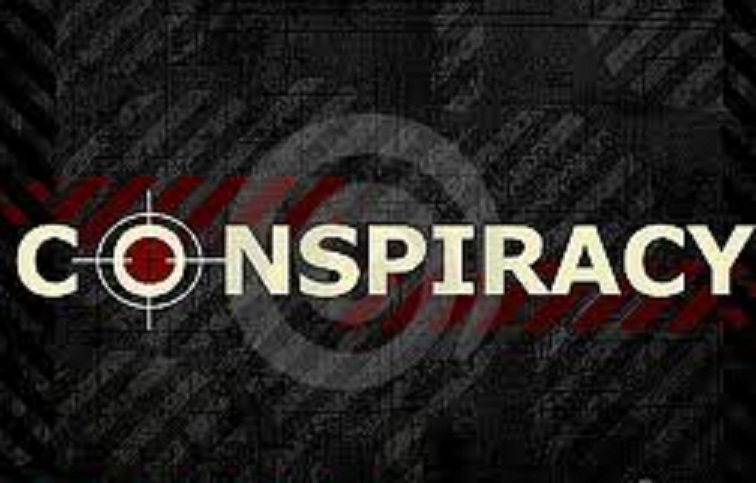 There was a gag order, according to Michael in that interview with Jesse Jackson, over the investigations going in with regard to the conspiracy he mentioned. I did not know why there would be a gag order on a court proceeding that the prosecution ordered open to the public. So I surmised that the gag order had to do with the investigations into the conspiracy and those Michael believed were involved. During the 2005 trial, Tom Mesereau had ordered Interfer to investigate and uncovered suspicious payments to John Branca from Tommy Mottola, but nothing every was reported after that. Just that there were “improprieties”.In 2006 after the trial and while Michael was over in Bahrain, Someone in Michael’s camp sent Michael and his associates paperwork proving several past employees conspired to petition others to drive him into involuntary bankruptcy. Several news articles which came out during August of 2006 confirmed that:Jackson Discovers Conspiracy Against Him

Another article on the same subject on August 8, 2006

One of these reads:

“LOS ANGELES (Reuters) – Pop star Michael Jackson has stumbled across a conspiracy by former attorneys, associates and advisers to force him into financial ruin, his spokeswoman said on Monday.

“The plot was discovered after someone leaked documents to Jackson showing that unnamed former lawyers for the 47-year-old singer tried to recruit others into a petition that would drag him unwillingly into bankruptcy court, his spokeswoman and manager Raymone Bain said.

“In what could be one of the biggest conspiracies in entertainment history, documents have been sent to Michael Jackson and his representatives which reveal a deliberate plan by some former attorneys as well as associates and advisers to force Mr. Jackson into involuntary bankruptcy,” Bain said.

“During his four-month trial on child molestation charges last year, prosecutors asserted that the self-styled “King of Pop” was in perilous financial shape due to mounting debt. “Bain declined to name the conspirators, saying that Jackson had ordered his current legal team to investigate the scheme and file lawsuits in multiple jurisdictions.

“In addition, there is a strong possibility that these documents will be forwarded to the U.S. Attorney General for review and possible involvement,” Bain said.

“Bain also declined to say who provided the documents to Jackson, who she said was busy shopping for a home in Europe and recording material for his first studio album of new material since 2001.

“Jackson, who has made few public appearances since his acquittal on child molestation charges in 2005, announced in June that he had severed ties with his longtime business managers as part of a “sweeping restructuring” of his affairs.

“In March, state authorities ordered Jackson to close his Neverland Valley Ranch in the California foothills for failing to pay the staff or maintain proper insurance. In April, Jackson reached a deal to finance more than $200 million in loans secured by his stake in the Beatles song catalog.

“Bain said it was not yet clear why Jackson’s former attorneys and associates would want to force bankruptcy on the onetime child star, who ruled the pop charts during the 1980s with such albums as “Off the Wall” and “Thriller.”“That’s what we’d like to find out,” Bain said. “But Michael Jackson was neither shocked nor surprised. He’s always been suspicious that some of those whom he entrusted to act on his behalf … may not have acted in his best interests.”And here

What happened to the Conspiracy case?
“Well its clear to me that the plan was to make Michael as poor as possible starting from 1999, this means stealing, falsely investing, getting huge loans out with massive % on them, getting lawsuits filed against him so he would be forced into Bankruptsy once the petition was filed and then the judge would take away his assets, one of those being one of the most important music catalogues in history. So are sony involved in this? Hell yeah, is Mottola involved in this? Hell yeah! Should Michael wear a bullet proof vest now? ABSOLUTELY!” Michael needed a propofol-proof doctor.It seems this announcement about the conspiracy has turned from Raymone Bain possibly getting the U.S. Justice Department involved to Michael counter-suing a couple of ex-advisors (Wisner/Konitzer, Schaffel). Were papers ever filed with the U.S. Justice Department?

Papers were filed on Aug. 29, 2006 in Tarzana, Calif. According to several blogs, Michael accused former attorneys Ayscough & Marar of petitioning Michael’s other previous lawyers to get them to join with them in forcing Jackson into involuntary bankruptcy. It was found on another blog discussion that Michael also claims in the papers that Brent Ayscough threatened to expose confidential information about Jackson to the press, violating rules of professional conduct.

However, another press release by a CNN reporter (tried to find this, this was also mentioned on a message board) the list of conspirators that were actually under suspicion were as follows:

None of these are Ayscough or Marar. A Sony-slanted blog stated:

“Jackson does not want to pay Ayscough the $216,000 in back fees for which the attorney sued him just one month earlier. He’s also embarrassed that in his filing, Ayscough “unmasks” Jackson’s horrific financial situation even more by telling the press just how much money Jackson owes everyone around him. Ayscough, Jackson says in the cross complaint to the July suit, listed as many of Jackson’s debts as possible.”The web site I found that information from is Jacksonaction.. On this page you will find links to the right for Facebook and Myspace . . . both Michael Jackson related. Their Facebook page info lists Recording label is Epic/Legacy Recordings, and MichaelJackson.com as one of their websites. Sony influenced Website? Yes. Sony influenced Blog? Yes. Fair and impartial reporting? Not on your life. So is Sony using paid bloggers?Yes. It’s a P.R. Rescue attempt!
Misinformation is being put out there regarding the Conspiracy investigation, substituting other litigation Michael had to cover what was really going on. Searching documents on the possible filing of documents by Bain or Lopez to the U.S. Justice Department in reference to the Conspiracy by the above listed people and I was met only with the releasing of Michael Jackson’s FBI File. It said “A total of 111 pages were withheld to prevent duplication of material already released or to protect personal privacy, the identity of sources that provided information to the FBI in confidence, and internal rules and practices. Some information was referred to the U.S. Secret Service.”The Secret Service? Why?The files between March 1, 2004 and June 29, 2005 are here.With the Justice Department involved in the 2005 trial investigations for the prosecution, is it safe to say that any documents Raymone Bain and/or Peter Lopez possibly turned over to them could have gotten shelved?

There is one of three possibilities. The U.S. Justice Department either told Michael and his people that there was not enough evidence to warrant an investigation; they investigated and found nothing, or they are still working on the case.

The revelation about the conspiracy first hit the press (rather lightly I may add) in August of 2006.

Here we had compiled various clips of Michael Jackson stressing about the “conspiracies” surrounding him. None of the clips are owned by the estate or Sony. Nevertheless that did not stop them filing bogus Copyrights claims to have this video removed!
This entry was posted in Blog. Bookmark the permalink.
*/ get_sidebar( 'footer' ); ?>