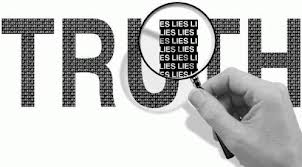 We have reported many times John Branca is not being truthful with how much the estate has  generated, on first anniversary it was reported by BillBoard $1 Billion

How Michael Jackson Made $1 Billion Since His Death

It may be unseemly to say, but it’s sadly true: Michael Jackson might be worth more dead than alive. Thanks in part to a lucrative new record deal with Sony Music that extends through 2017 and the most successful concert film of all time, Billboard estimates that MJ Inc. has generated at least $1 billion in revenue in the year following his death. Through interviews with industry experts and our own number-crunching, Billboard examines the various music-based revenue streams that have flowed into the Jackson estate in the past 12 months. Click here for full breakdown…

Forbes reported inconsistencies in The Estates statement,, Weitzman was caught lying at which point Zia F. Modabber(whom Michael Jackson sued, so clear conflict of interest) replaced him to make statements to the media…

Branca wasted no time in putting a “Spin” out in the media but in the process he has also made inconsistent statement… The title reads $400 mil made in two years, but third paragraph states $1Billion was generated in just “retail sales” http://www.forbes.com/sites/zackomalleygreenburg/2011/06/29/michael-jacksons-400-million-afterlife/

That is what happens when you lie, you can’t keep your story straight – how many DIFFERENT MJ Estate dollar values have we heard from John Branca – which one is the truth?????