We sure have been protesting to Juliens for a long time. 1 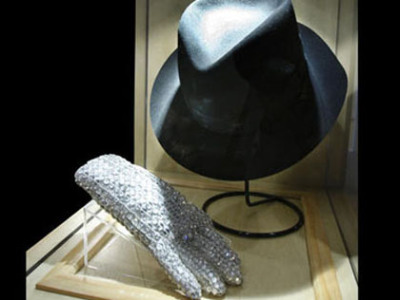 LOOK AT THE NOTE I PREVIOUSLY WROTE ON JUNE 8, 2011 – WE SURE HAVE BEEN FIGHTING THIS FOR A LONG TIME!  See also comments to “Note” below:

**PLEASE SIGN PETITION*** WILL THERE BE ANYTHING LEFT FOR MICHAEL’S THREE (3) CHILDREN????

June 8, 2011 at 10:14 pm
**PLEASE SIGN PETITION AND PLEASE DON’T DELAY – LITTLE TIME IS LEFT BEFORE THE AUCTION BEGINS AND MICHAEL’S VERY PERSONAL BELONGINGS ARE SOLD**   THESE ITEMS SHOULD BE GIVEN TO MICHAEL’S 3 CHILDREN!!!

THEY CONTINUE TO TRY TO MAKE MONEY $$ OFF HIM EVEN AFTER HIS DEATH!

As noted above, it was discovered that Julien’s Auctions is holding ANOTHER AUCTION CONTAINING MICHAEL JACKSON MEMORABILIA.

I AM SICK AND DISGUSTED!!!  WILL THERE BE ANYTHING LEFT FOR MICHAEL’S THREE (3) CHILDREN????

It will be held a day after the sad and tragic 2nd anniversary of Michael’s Murder on Sunday, June 26, 2011 – Julien’s Auctions at:  http://www.juliensauctions.com/auctions/2011/music-icons/icatalog.html

What a tragic shame!!!

The Michael Jackson Memorabilia they are Auctioning consists of (INCLUDING, BUT NOT LIMITED TO):

–  Many, Many GOLD AND PLATINUM RECORD AWARDS OF MJ’S;

–  THE MTV VIDEO AWARD PRESENTED TO MICHAEL FOR THRILLER;

– “BEAT IT” Handwritten Lyrics by MJ;

–   Many of Michael Jackson’s Music Awards;

–   Michael’s Shirt he wore when he famously sang with Diana Ross on Stage and that he wore during his infamous Billie Jean Performance at the Motown 25-Year Anniversary;

–   A great deal of Michael’s Concert and Performance Costumes;

–   One of Michael Jackson’s “Sequined” Gloves;

–  Lots of Michael’s Original Drawings (I’m sure you have seen several of these);

–         They are even Auctioning off MICHAEL’S MAILBOX AT HIS LAST RESIDENCE AT 100 N. CAROLWOOD DRIVE.

THEY ARE EVEN SELLING MICHAEL’S OWN WIG/WEAVE MADE OF REAL HAIR THAT HE PURCHASED IN NOVEMBER 2008 AND WORE AT THE 02 PRESS CONFERENCE IN LONDON!!!   THE PERSON SELLING MICHAEL’S WIG IS LYNDA PARRISH.  HERE IS KAREN’S TWITTER POSTING:   http://twitpic.com/5dh9tq

How cold and callous can they be????  How do they even get these items to Auction????  It seems to me that people are SELLING MICHAEL OUT!!!

I personally believe that ALL OF THESE ITEMS SHOULD BE GIVEN TO MICHAEL’S THREE (3) CHILDREN:  PRINCE, PARIS, AND BLANET!!!

What is this World coming to???

I’m devastated by this as I feel this is YET ANOTHER BETRAYAL OF MICHAEL AS THEY CONTINUE TO DISRESPECT HIM AFTER HIS DEATH!

http://xltweet.com/show/?id=55585C5957 I hold John Branca responsible for all of this, HE is supposed to be protecting Michaels estate, take a look at this law suit he settled for items Michael DID NOT WANT SOLD!!! The only person who can do anything is HIM< which he will NOT do, because all he wants is $$$$$$$ he makes it look like he cares so much about Michael when really he HATES Michael and is dismantling anything that ever meant anything to Michael!!!!

Half of his memorabilia are in Japan, some were sold to Macau where they open a Galleria to entertain guests of the Casino Resort. I don’t believe his memorabilia, furniture and all Michael had at Neverland are in a Storage in LA. And this photo that came along with this article was from the auction they had last year in New York City. Where are Michael’s paintings? Not in Encino either…. La Pointe, says he had the right , because the items were given by fans, and other people…But I don’t think fans gave him the Limousine that was at Carolwood Dr.and end up in Vegas last year…Theis Limo was used in Neverland only for guest services. Shame on them.<<<<< the only one giving LaPointe this power is the estate, JOHN BRANCA!!!! UGH..

I have just seen an MJ Fan promoting an MJ Fans Event put together by JULIENS AUCTION!! Its bad enough what Juliens did to Michael, even worse a fan promoting them, UGH, UGH, UGH, SHAME, SHAME, SHAME!! This is just one of the problems i have with Juliesn, there are many others!! Juliens refused to cancel an auction of Michaels personal belongings from Neverland!! Michael had to file court proceedings http://news.findlaw.com/cnn/docs/jacko/michael-jackson30409darren-julien.html for Darren Julien to stop!!!! Darren was of course saying Tohme Tohme gave them the right, WHO CARES, MICHAEL DID NOT WANT HIS BELONGING SOLD,,, AND THEY KNEW IT, So at that point they should have ceased!!! THIS CHARADE WAS GOING ON WHILE MICHAEL WAS PREPARING FOR HIS TII CONCERTS!!!

I know i have certain haters who have chosen to support Darren, just because they HATE me, WHAT A JOKE!!! Further more, JOHN BRANCA,  chose to settle with the person who bid on 64 items,   because Julien carried on the auction on line!!!

L A. B- THIS MAKES ME SO SICK. HOW CAN THEY DO THIS TO PARIS, PRINCE, AND BLANKET. THESE ITEMS BELONG TO HIS CHILDREN AND NO ONE ELSE. SOMEONE NEEDS TO GET AHOLD OF KATHERINE AND SEE IF WE CAN STOP THIS. IT ISN’T RIGHT AND SOMETHING NEEDS TO BE DONE! MICHAEL AND HIS CHILDREN HAVE BEEN SOLD OUT BY THE PIRANHA’S ONCE AGAIN!

T H-I can only hope that those that have the opportunity to buy any items have the good conscience and a big enough heart to give them back to the his children. Michael never wanted to sell his belongings. He will be very sad to see this 🙁

LRB- Receiving of stolen goods: I spell it “Julien’s”.

R P -So not right.Michael’s children deserve all his things and nobody should be selling them. Very sad.

B P -This is so sick. It would be better to present his things at a museum so everybody can watch it and give the money for the entry for charity. It’s so sad what they do and without any respect

B H – YES, ITHE BEST IDEA EVER – START A MUSEUM WITH ALL OF THIS MEMORABILIA OF MICHAEL JACKSON’S. The way Julien’s is going selling so much stuff, there may be NOTHING left for a Museum containing Michael Jackson’s Memorabilia!!! 🙁 VERY, VERY SAD!!!

B P-Just an idea: if fans donate to a MJ Museum project to buy and collect MJ memorabilia we could keep things together. In my vision I can see Michael Lee Bush as the organizer of this MJ museum the way he do the one in LA with the costumes … I would appriciate this!

Unknown I cannot understand Micheal’s family standing by and doing nothing about this?? When Princess Diana died her brother had her buried on an island in the lake at the family home and the buildings in the ground were opened as a museum to Dianna, her child hood toys are there, school books etc and all her famous outfits, the stable block was turned into a lovely cafeteria, they created outdoor seating and toilet facilities. you can walk round the grounds and see where she played as a child, it is really lovely and Micheals family should be doing something like this for him!!!

I know what you mean,they don’t know what they do,money is judt hethe thing they want