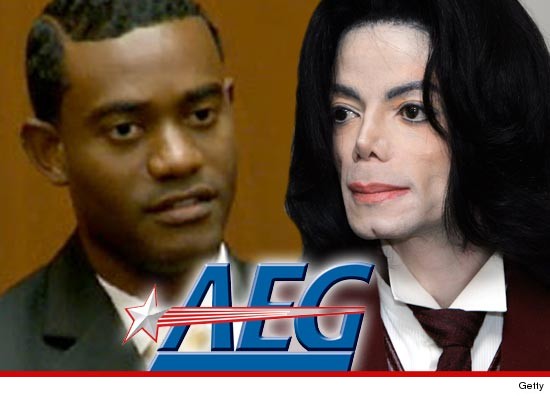 LOS ANGELES (CN) – Hiring Michael Jackson’s personal doctor for what was to be the pop icon’s comeback tour “brought about the demise” of the singer and the show, a class claims in court. Jackson’s personal assistant Michael Amir Williams filed a class action against AEG Live LLC in Superior Court, claiming that the class of concert workers would have earned $7.5 million if for the series of 50 concerts at the O2 Arena in London making up the “This Is It” tour. AEG hired Jackson’s physician, cardiologist Dr. Conrad Murray, after Jackson “had problems keeping up with the pace of tour’s rigorous schedule and physical demands,” the class says. The promoter told the Associated Press that Murray negotiated a salary of $150,000 to travel with Jackson to London. For the final two months of Jackson’s life, Murray prescribed surgical anesthetic propofol to help the singer sleep. Jackson died in his Holmby Hills residence on June 25, 2009, roughly three weeks before he was scheduled to appear at the first London concert. The Los Angeles County coroner ruled that the singer had died of acute propofol intoxication, and roughly a year ago a California jury found Murray guilty of voluntary manslaughter. According to the new class action, AEG “ignored” Murray’s “qualifications, experience, and medical specialty” focusing instead “on cost and the benefits” the doctor could bring to the concert promoter, including “insurance coverage for tour and managing Michael Jackson so that he could meet all deadlines and timetables AEG set in place.” Those “acts and omissions brought about the demise of Michael Jackson,” the class says. In addition to breach of contract, the class alleges breach of implied covenant of good faith and fair dealing. It is represented by Fletcher Bernard Brown of Mountain House, Calif.