John Branca rewrote History!! Music Publishing and How Michael Jackson Came to Own The Beatles Songs 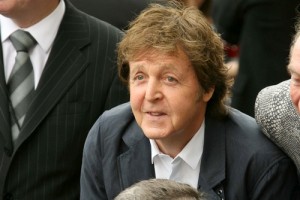 John Branca has claimed for years, Lied and deceived that it was HIM who found the catalogs for Michael, not so,,,, Read on….

“In 1984 news reached Jackson that the Beatles catalog was going up for sale as part of the assets of ATV Music. He instructed his attorneys to purchase the songs if possible.”

In 2009 I traveled to Liverpool for a conference and in some free time took the “Magical Mystery [Bus] Tour” which visits many of the historic spots where the lads from Liverpool spent their formative years. One house in particular stuck in my memory. It was the boyhood home of Paul McCartney, an attached row house at 20 Forthlin Road in a nicer working class area of the city.

Our tour guide mentioned that just behind the window was the sitting room where John would come over in the evening and he and Paul would play their favorite songs together and start experimenting with creating some of their own. I could imagine the two teens sitting together dreaming of some day having their songs played around the world on the wireless.

Skip ahead to the early 1960s, when the group first caught the attention of Parlophone Records producer, George Martin, and they recorded their historic demo for him. Martin heard the polished vocals and musicianship and decided that with some care, the group now known as The Beatles might have a chance at making the charts. He signed them to Parlophone and within months the group had risen up the charts in the UK and soon after would take the rest of the world by storm.

One little known aspect of the band’s early history was that they were offered a music publishing deal shortly after the release of their first single, “Love Me Do,” with an established music publisher, Dick James Music. As was standard in the day – and remains largely the same today – the songwriting members of the band were offered a 50-50 deal under a new publishing company called Northern Songs, Ltd. To minimize the Beatles tax liability, the company was set up as a corporation.

For every pound sterling that a song earned in songwriting royalties, the writers would receive half, and the publisher would retain the other half. (The group’s manager, Brian Epstein, shared in the writer’s half of the song royalties.) Nothing out of the ordinary so far, other than the fact that Dick James Music charged Northern Songs a 10% administrative fee on all income. Their contract also must have included a clause that allowed it to be sold or transferred, another standard deal point in many publishing deals.

Things got interesting after the group had already sold tens of millions of records and achieved exceptional worldwide radio airplay. In 1967, Beatles manger Epstein died suddenly, and this provided the impetus for Dick James to retire and cash out of his music publishing holdings. Enter ATV, the British television broadcasting company that successfully bid more than any other suitor and acquired the Northern Songs catalog in 1968. Ironically, it was reported that Lennon and McCartney entered the bidding arena themselves to acquire the publisher’s rights to their songs, but they were unsuccessful. This pattern would be repeated again later in this story.

Fast forward to 1982. ATV is struggling as a company and now has amassed a catalog of 4,000 song copyrights of which by far the most popular are the 250+ composed by the Beatles. They decided to cash out of the music publishing business and sold the catalog to an Australian investor, Rupert Holmes á Court. ATV’s catalog had been offered to Yoko Ono and McCartney in 1981, but they agreed the $40 million asking price was too high. Holmes á Court’s strategy was to strip the company of its assets and sell them off to the highest bidders.

At about the same time, Michael Jackson had traveled to London to contribute to McCartney’s Pipes of Pan album that yielded the U.S. Number 1 hit, “Say, Say, Say.” They would head over to McCartney’s estate each night after working all day in the studio for dinner and conversations. One night Paul brought out a thick notebook that had copies of all the songs he had begun to acquire through his own post-Beatles publishing company. Jackson was floored by the concept that one could own song copyrights as an investment. Taking the idea back home, he told his attorney, John Branca, to be on the lookout for song catalogs to purchase. Soon after, one of his first acquisitions was a number of songs written by Sly Stewart of Sly and the Family Stone.

In 1984 news reached Jackson that the Beatles catalog was going up for sale as part of the assets of ATV Music. He instructed his attorneys to purchase the songs if possible. After more than ten months of difficult negotiations, four other high powered bidders, and spending more than one million dollars in legal and accounting fees to do due diligence on the catalog and its earnings, the deal was finally closed and Michael Jackson become the owner of the publishing rights to what is arguably the most revered song catalog in popular music. The purchase price was $47.5 million, as well as a personal appearance by Jackson in Australia on behalf of Holmes á Court. McCartney and Lennon’s estate still received their songwriter’s shares, regardless of who the owner of the publishing was.

The Beatles catalog started to show immediate return, as the songs remained very active throughout the 80s and into the 90s. In 1995, Sony, which had begun to acquire U.S.-based Columbia Records and Pictures, offered Jackson $90 million to split ownership of his ATV Publishing. The new firm was christened Sony/ATV Music and continued to grow, acquiring not only additional back catalogs of songs, but actively signing many new songwriters. When Jackson died in 2009, his share in Sony/ATV went to his family, who continue to hold their interest in the mega music publishing firm. In 2010, the Jackson estate entered into a publishing administration deal for Mijac Music, Jackson’s own publishing firm, that included all his own songs as well as those he acquired prior to the purchasing ATV Music.

What Does It All Mean?
McCartney and Jackson were not the first musicians to recognize the value of song copyrights. One of the first and most successful musician-turned-music publisher was fiddler Roy Acuff. A star on the Grand Ole Opry in the late 1930s, he saw first-hand how many talented songwriters were taken advantage of by unscrupulous managers, agents, or publishers with regard to song copyright ownership shares. In 1942, he co-founded Acuff-Rose Music, the first Nashville-based music publisher. Their guiding principle was “taking care of the songwriters.” Known for their fairness, Acuff and partner Fred Rose eventually published the catalogs of Hank Williams, Roy Orbison, The Everly Brothers, as well as Acuff’s own songs and those of many other hit songwriters.

But what of the issue of Michael Jackson’s ownership of ATV Music and its subsidiary, Northern Songs? It’s really much ado about nothing from the perspective of the music publishing world. Catalogs are developed, exploited, valued, and sold on a regular basis. The 2012 sale of the EMI Music Publishing catalog to Sony/ATV Music, a deal valued at $2.2 billion dollars, is just the latest example. As part of this deal, Michael Jackson’s estate now owns their half of 38% of the 1.3 million-song EMI Publishing catalog, which further highlights the long-reaching positive effects of his initial shrewd $47.5 million investment back in 1985.

As for Sir Paul McCartney, USA Today estimated that the Beatles songs generate between $30-45 million each year in royalties. He and John Lennon’s heirs thus are still profiting today. However, in the book Beatles for Sale, author John Blaney explains how Lennon and McCartney ended up selling a substantial portion of their songwriter’s shares in the mid-1960s due to bad advice from Epstein and an effort to reduce the nearly 90% tax burden they carried as newly minted millionaires. (George Harrison’s biting song “Taxman” is an angry diatribe about that rate of taxation.) Still the shares for McCartney and Lennon’s estate, though less than the normal 50% writer’s share, must still amount to millions a year for each.

In 1971, after his earlier efforts to purchase Northern Songs failed and subsequent to the Beatles breakukp, McCartney founded his own publishing company, MPL. It now is one of the most successful independent music publishers in the world. In addition to publishing all of McCartney’s post-Beatles songs, MPL has acquired the song catalogs of Buddy Holly, Carl Perkins, Fats Waller, Jules Styne, and Meredith Wilson. MPL also administers the songs from some of the most successful Broadway musicals including A Chorus Line, Hello Dolly!, Annie, Grease, Guys and Dolls and The Music Man.

The moral of the story is that as an emerging songwriter, you will most likely gain more overall songwriting income by entering into a contract with an experienced and reputable music publisher. While it may not be practical to try to retain 100% of the rights to songs you compose, do your best to retain the greatest percentage of ownership and always do your homework (due diligence) before signing any type of publishing rights agreement. Invest in your own success and have an experienced music attorney review any potential publishing contract before you sign.

Keith Hatschek is a contributing writer for Echoes and directs the Music Management Program at University of the Pacific. He’s also written two music industry books, How to Get a Job in the Music Industry and The Golden Moment: Recording Secrets from the Pros.

Read more: Music Publishing and How Michael Jackson Came to Own The Beatles Songs http://blog.discmakers.com/2012/11/music-publishing-and-how-michael-jackson-came-to-own-the-beatles-songs/?utm_source=twitterfeed&utm_medium=twitter&utm_campaign=Feed%3A+discmakersblog+%28Disc+Makers+Blog%29#ixzz2CFPTFv2q
This entry was posted in Blog. Bookmark the permalink.
*/ get_sidebar( 'footer' ); ?>