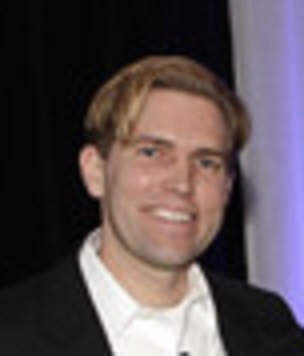 Strong asked about Briggs opinion on the completion of the 50 shows agreed by Michael Jackson at the time of his death.

The expert said it was speculative to assume MJ would complete all 50 shows in London.

A slide shown to the jury relates to a world tour that would be speculative, Briggs said.

However, Briggs said numbers 1 and 2 also relates to the 50 shows in London.

Briggs said MJ’s history and manner of drug use and lasting affects are supporting basis for opinion that 50 shows were speculative.

“MJ had a significant history of canceling projects, even if they were reasonably sure to happen,” Briggs said.

“MJ had a significant history of canceling projects, even if they were reasonably sure to happen,” Briggs said.

Regarding the 260 shows Erk calculated, Briggs said the expert’s projection was unprecedented for gross ticket sales and revenue perspective

Briggs said the highest grossing tour ever is U2 360 Show, which generated $736 million in ticket sales and merchandise.

Briggs said what’s actually received by the artist is much smaller that the gross number and it is based on the expenses of the tour.

If the production is expensive, Briggs said the net to AC/DC members could be higher than the net to U2 members, even though U2 grossed more

Briggs said the Dangerous tour was not included because it was not reflected in the list of highest grossing tours of all times.

“Clearly this is in excess of anything we’ve ever seen in the history around the world,” Briggs opined.

Briggs said Mr. Erk was projecting $900 million to be paid to MJ as net for tickets, endorsements and merchandising.

Based on the record, this amount was nowhere near what MJ had brought home in the past, Briggs testified.

Net is the value of tickets and merchandising minus all the costs to put on the show, Briggs explained.

Regarding the HIStory tour, Briggs said, based on Gongaware’s testimony, there must have been costs that made the tour break even.

“What’s implied is that MJ did not generate any significant net from this tour,” Briggs said.

Briggs testified that AEG’s budget shows that MJ, if he completed all 50 show shows, would’ve taken home between $22 and $31 million.

This amount included tickets and merchandising, but not endorsement, Briggs said.

Briggs: As Jun 2009, no endorsement was in place, no sponsorhip was in place. AEG Live had taken steps to secure them but none were in place

“I don’t know how anyone can be reasonably certain this would occur,” Briggs said.The highest grossing tour of all times was U2’s 360, Briggs said, which was $736 million. Erk’s projection for MJ to net was way above that.

“It’s completely out of line of with history, with MJ’s own history and history of all other tours,” Briggs opined.

Briggs’ experience with endorsement relates to working with the estate of major artists, like Elvis and Frank Sinatra.

They were approached many times by large companied to put their names on products to sell.

Briggs explained the industry uses a “Q” score data, which draws the likability of a celebrity or persona.

Briggs said there are two major types of factors that companies take into consideration to select artist to endorse:

1- history in securing endorsement, relationship with previous sponsors 2- how predictable the artist is, how stable his/her actions are

“Companies are looking for safe bets,” Briggs said. “They don’t want to take big risks with their products.”

Briggs explained the companies are concerned about what general public thinks of the artist/celebrity.

Briggs: The tour gross relates to people being interests in seeing someone perform. MJ was a great performer.

But there’s a difference between excellence as performance of stage and whether the company wants to align itself w/ performer, Briggs said

Briggs explained data companies calls people and ask how much they like a certain artist, their “Q” score

They then report the results back to the brand company to decide how safe a bet an artist is.

Judge wanted to know what kind of questions the company asks people in the survey.

Briggs said the question is about the person’s impression of the artist, with normally 3-5 choices for answer.

The questions are not as much if a person would buy a product, but their impression of the artist, Briggs explained.

Briggs said it’s useful to look at comparison w/ other artists, how they stack up against others that are similar to the artist in question.

Strong showed a chart of MJ’s “Likability,” which Declined After 1993. The chart shows a Negative-Positive Impression.

Briggs said in 1993, MJ’s likability was pretty well in line with other artists. From that point, it declined substantially.

In 2006, Briggs said the chart shows that there were 7.4 negative impressions for 1 positive regarding Michael Jackson.

Briggs explained that in 1993 there was a start of some significantly negative headlines associated with MJ, his drug abuse and other issues

There’s no data available from 2006 to 2009. Briggs said he requested the data but was unable to get it.

He said if someone’s likability is so negative, they take those people off the list, since no company would want to align itself with them.

Judge asked Briggs if MJ could’ve been compared to an individual artist, such as Justin Timberlake, as opposed to a group of similar artists

He said the norm is to compare with the average of the group with the artist in question.

Briggs testified MJ had a significant issue in the media related to negative headlines in a broad of topics.

That would impact a company’s decision on endorsements/sponsorship. Companies are focused on selling, Briggs said.

The expert explained there was a significant audience that wanted to see MJ perform.

He said AEG took steps to secure endorsements and sponsorships but was unable to do so.

Strong asked why Las Vegas deal was speculative. Briggs said there was nothing in the works, no budget, agreement or financing.

Beyond that, there’s no real precedent for living, touring artist, who has a tribute show.

Briggs testified there aren’t any meaningful, premium-type of show, associated with a living performing artist.

“In my business, just expressing interest it doesn’t mean it’s going to happen,” the expert opined.

He said they were ideas and he sees ideas thrown around all the time.

Briggs: Las Vegas is a very competitive market. Every hotel wants a show that appeals to a broad audience.

“It’s hard to make big bets if there are high questions about likability and predictability.”

“Entertainment is about finding an audience,” Briggs said. “No one can predict if it will be successful until you sell the tickets.”

Briggs said his understanding is that MJ’s Estate did not agree to AEG’s proposed Las Vegas tour.

Briggs said in Erk’s projection, MJ would go into movies, but he did not provide figures in this regard.

Briggs said there were efforts taking place at one point for MJ to make movies. He considers it to be in the development phase.

“It absolutely does not mean it would be getting to the end of the process,” Briggs opined.Briggs said the decision to make films is multimillion dollar one. The commitment is very serious, you can’t make movie w/ a million dollars“A movie can be hundreds of millions of dollars,” Briggs said. And a lot needs to be in place, like audience, distributors, etc.

He said just advertising a movie in the US can be 50+ million dollars.

Briggs said the last feature film MJ was associated w/ “Miss Cast Away,” released in 2004-05 and it went straight to video, not in theaters

Briggs said that even at the distribution phase, it doesn’t mean film will be profitable/successful. “It’s all a risk up until this point.”

Only after 3-6 weeks in the theater it’s possible to figure out if the movie is profitable or not, Briggs said.

Briggs named some big films that have been disappointments: John Carter, Battleship, Jack the Giant Killer.

Each studio releases 15-20 films/year, Briggs said, and only about half of them are known to the public.

“Just because you make something it doesn’t mean it will go on to critical success,” Briggs said.

Briggs said there were periods of times where MJ would have great connections in the movie industry, then fire them only to hired them back.

“Great connections do not equate that things will get done, let alone be successful,” Briggs testified.

Briggs: “Not everything that’s attempted is a resounding success.”

Regarding MJ’s personal history with respect to feature films, Briggs was emphatic: “I do not believe MJ was successful,” the expert said.

“Even Mr. Erk said he was not successful in movies,” Briggs said.

Briggs: I don’t know how anyone can project, with reasonable certainty, that MJ would be successful at making movies.

Court adjourned until tomorrow 1:30 pm PT with Briggs back on the stand for another half day session.

Rebbie Jackson was to testify on Wednesday but is sick. Other witnesses expected this week: Debbie Rowe and Randy Jackson via video depo.