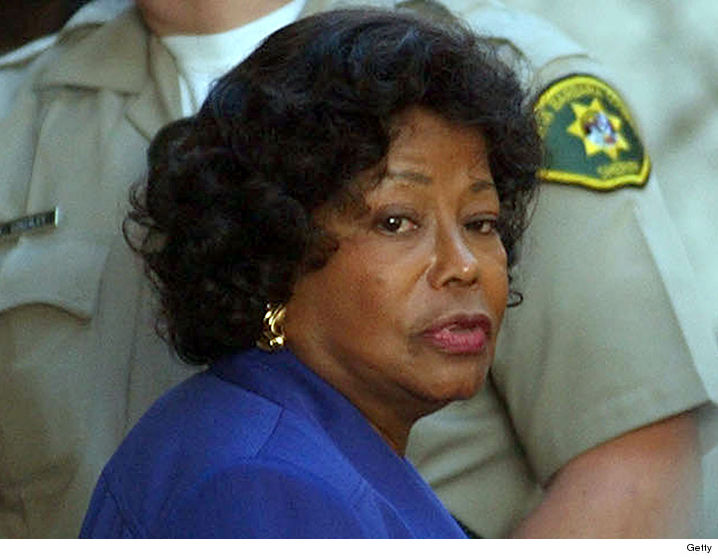 Katherine Jackson's fate and fortune may lie in the hands of one of her grandsons … TMZ has learned.

TMZ broke the story … Katherine has filed a legal doc claiming Trent has committed elder abuse against her and fleeced her to boot. But, we've now learned Trent and his lawyer have a plan to put the dispute to bed and, at the same time, cast suspicion on the motive of other Jackson relatives.

Rale's proposing that TJ —  the one person whose family loyalty has never been challenged — sit down with Katherine to discuss the situation at hand. If at the end of the sit-down TJ believes Trent has done harm to Michael's mom, he'll leave for good and if Katherine wants him to stay, he will.

Trent, we're told, believes TJ's one-on-one with Katherine will not only absolve him of any wrongdoing, in the process he will cast doubt on the motives of other family members … family members he believes are trying to get him out of the way so they have a clear path to the matriarch's bank account.

Trent and Rale are suspicious of other family members … especially after a 2012 incident in which Trent and Michael's kids reported Katherine missing, only to learn some of her kids had taken her to Arizona. They essentially called it a kidnapping, saying some family members were trying to brainwash her into challenging Michael's Estate in a money grab.

Michael cut his siblings and his dad out of his will. The Estate pays Katherine a monthly stipend and when she dies the balance of Michael's fortune is divided between his 3 kids and various charities.

the one person whose family loyalty has never been challenged….. SAYS TMZ!!