What Really happened to Michael Jackson

UPDATE:- The link to buy the book is not working at present, please check back in a week, do NOT buy of Amazon for anything that is priced over $40. They are not correct in charging so much! 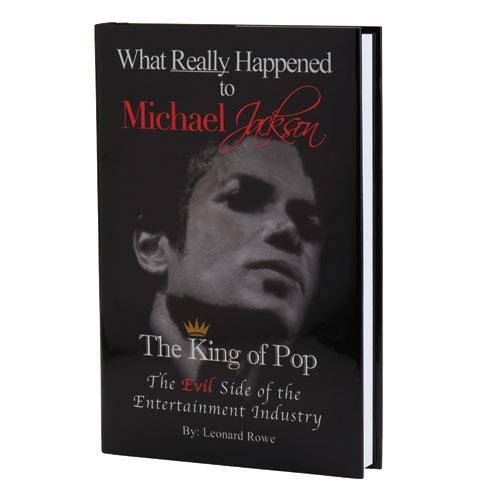 TEAMMICHAELJACKSON.COM ENDORSES THIS BOOK, WE SUPPORT IT 1000% EVERYONE MUST READ THIS BOOK, MR ROWE WAS THE ONLY PERSON WHO HAD ACCESS TO MICHAEL, AND IS WILLING TO SPEAK THE TRUTH!!! I KNOW A LOT OF THIS INFO TO BE TRUE, FROM MY OWN RESEARCH/SPEAKING WITH FAMILY MEMBERS AND FRIENDS/ AND EXPERIENCE WITH JOHN BRANCA. PLEASE SHARE AND IF YOU HAVE WEBSITES, PLEASE POST THIS INFO, THANK YOU

This is Leonard Rowe

It is high time we analyzed the contract between AEG and Michael Jackson from the point of view of its content and intentions of the parties. Michael's intentions were honest and clear enough â€“ he wanted his children to see him performing, give first class shows to his fans and receive his hard-earned money for the concerts.

AEG's intentions are something much more intricate and are not that obvious.

Several months ago we already approached the AEG contract but it was such a painful read that I focused all my five posts about it on finding out whether that horrid paper could indeed be valid.

Fortunately it turned out that it was a cut and paste job originally based on an almost valueless Letter of intent addressed to Dr. Tohme Tohme â€“ its opening and closing pages were part of a correspondence between him and Randy Phillips and the text which still remained of the original letter pointed to the contract being far from finalized.

For lack of a real final contract with Michael Jackson the party opposing him apparently replaced the inside of the letter with clauses typical of a contract and heavily slanted in favor of AEG, combining the highly formal pages in the center of the document with the informal pages on both ends of it and thus creating an â€˜agreement' which was full contradictions in both its form and meaning. The inside of the agreement said that it was final but the last page of the same document said it was not â€“ the closing phrases still betrayed that it was a letter and left no doubt that the final agreement was still to be negotiated:   READ MORE HERE>>>>>>>>