This is the company John Branca(MJ Estate Executor) hired, the same company whose
employees were/are planted in the MJ community to Instigate hate towards the Jackson Family and anyone who speaks up against him, at the same time they TRY to Make John Branca look- oh so GRAND!!

Basically Branca fired for EMBEZZLEMENT needs to clean up his image, whilst throwing others down the gutter!

And Michael children   get $900 each a day, SURE BRANCA IS looking out 4 the kids!

Sitrick, 62, may not exactly be a household name, but he’s an undisputed leader in crisis PR, with reported billings in 2008 of more than $20 million and more than 50 employees. His profession is spin, which might be defined as making your client look as good as possible in the face of potentially devastating facts or rumors.

Before I go further, a disclosure: Like other Southland journalists, I’ve known Mike 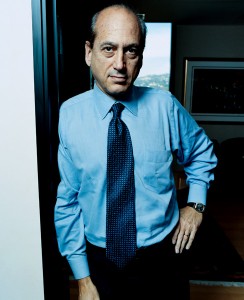 Sitrick for years. He has hired lots of former journalists, including friends of mine. I’ve visited his beach house on a social occasion. Sometimes his interests as a PR man and mine as a writer coincide, in which case he can be a big help; sometimes they clash, and he’s a pain. But presumably that’s what he’s hired to do.

Some are innocent and some not so much. He’s served some clients whose stories haven’t needed all that much spin, some who’ve required every ounce of spin he can muster, and some who couldn’t be helped by all the spin in the universe.

AT $695 an hour THIS IS WHAT MICHAELS MONEY IS GOING ON!! TO PLAY MJ FANS AGAINST ONE ANOTHER!! TO DIVIDE THE FAN COMMUNITY!! MONEY WHICH SHOULD BE GOING TO MICHAELS BABIES AND MOM, OR TO PAY OFF DEBTS, AS BRANCA MAKES UP BELIEVE!!! DEBTS WHICH WILL BE GETTING PAID OFF FOREVER!!!

MORE:- The report below confirms Sitrick was already hired by July 1st, this is when the will was filed with the probate court, the documentation for the filing signed June 28? 2009. John Branca who was supposedly hired 7 days before the Murder of Michael Jackson, Could NOT do his job and make sure the AEG Contract was in order! yet within three days of MJ’s Murder has all the paperwork and crew in place for the position of the Estate Executor ,,, hmmmmm

I have posted the article below to show when Sitrick was hired, other information is NOT accurate, for example Siegel did not resign, he was ORDERED by Michael to cease and desist, with which he was honaerble enought to comply by, John Branca and McClain on the other hand did NOT and concealed the Will after being oreder to return all documents, too much to post, please chck blogs on Branca to the left, Katz was NOT hired by MJ, was AEG attorney, which was a conflict of interest, so AEG, Randy Phillips hired Branca, PLEASE NOTE: Even if Branca was hired, he was NOT reinstated at the Estate Executor!
http://www.inc.com/magazine/20070101/hidi-sitrick.html

For Immediate Release
Executors Named by Michael Jackson File Last Will in Los Angeles
County Superior Court
LOS ANGELES, CA, July 1, 2009 — The last will of Michael Joseph
Jackson was filed today in Los Angeles County Superior Court by the
executors named by Mr. Jackson.
The will, which was signed by Mr. Jackson on July 7, 2002, sets forth Mr.
Jackson’s wishes and desires with regard to the guardianship of his beloved
children — Prince Michael Jackson Jr., Paris Michael Katherine Jackson and
Prince Michael Joseph Jackson II — and establishes the distribution of his
assets. In particular, the document specifies that Mr. Jackson’s mother
Katherine be declared the guardian for the children and that all of his assets
be left to the Michael Jackson Family Trust, a private document not filed
with the court.
Executors of the estate designated by Mr. Jackson are attorney John Branca
and longtime friend John McClain. Mr. Branca, a partner at Ziffren
Brittenham LLP, represented Mr. Jackson from 1980 until 2006 and was
hired again by Mr. Jackson prior to his untimely death last week. Mr.
McClain, a friend of the Jackson family for 40 plus years, has enjoyed a
long and distinguished career in the music industry. A third co-Executor
named in the will, Barry Siegel, resigned from that role in 2003.
Mr. Branca is uniquely familiar with Mr. Jackson’s assets, having played a
critical role in building his estate through the acquisition and development of
Sony/ATV Music Publishing, the Mijac publishing catalogue and obtaining
for Mr. Jackson the ownership of his master recordings. In addition to
serving as co-executor, Mr. Branca will serve as co-chief counsel of Mr.
Jackson’s estate with another prominent entertainment attorney, Joel Katz of
Greenberg Traurig LLP. Like Mr. Branca, Mr. Katz was hired by Mr.
Jackson prior to his death and has a long history of working with members
of the Jackson family.
Mr. Branca and Mr. McClain stated, The most important element of
Michael’s will is his unwavering desire that his mother, Katherine, become
the legal guardian for his three children. As we work to carry out Michael’sinstructions to safeguard both the future of his children as well as the
remarkable legacy he left us as an artist we ask that all matters involving his
estate be handled with the dignity and the respect that Michael and his
family deserve.
Paul Gordon Hoffman and Jeryll S. Cohen of Hoffman, Sabban and
Watenmaker, are serving as probate counsel. Sitrick And Company has been
retained to serve as communications counsel and will handle all media
inquiries on behalf of Mr. Jackson’s estate.
Please direct all media inquiries to:
Sitrick And Company, Inc.
310-788-2850
Michael Sitrick
Mike_Sitrick@sitrick.com
Jim Bates
James_Bates@sitrick.com
Terry Fahn
Terry_Fahn@sitrick.com

This is the company taking calls, replying to fan mail!!

Michael Sitrick could use some crisis-management advice

The king of damage control faces the embarrassment of a very public legal dispute with former employees who claim they’ve been cheated.

Given Michael Sitrick’s renown as a prince of PR, it’s unsurprising that the big question being asked about him just now isn’t whether it’s true that he ripped off his employees for roughly $8 million, as two ex-workers are alleging in federal court.

It’s how could he ever have let this thing get to the stage of a public, and very embarrassing, lawsuit?

In the worlds of Hollywood and corporate public relations, the spectacle of Sitrick locked in courtroom battle with his former employees has overshadowed the hard-core legal issue in the case: How employee stock ownership plans, or ESOPs, often fail to deliver the riches the employees expect. (Employers get a tax break for setting up ESOPs.),,,,,,,,,,,,,,,,,,,,,,,,

According to the complaint, the ESOP’s one-fourth holding was originally valued at about $15 million. But the ESOP’s stake then went into a slump, losing appraised value almost every year. By the end of 2008, the ESOP was valued at only about $1.7 million, according to a financial statement filed last year in connection with the Resources deal.

At that point, Sitrick bought it out. The lawsuit alleges, in effect, that he repurchased for $1.9 million a stake he had granted the ESOP a decade earlier for $15 million. (Two departed employees had earlier received $220,000.)

Simple math suggests that had the ESOP still existed at the time of the Resources deal, its 25% holding would have been worth close to $10 million. The lawsuit says that only after Sitrick & Co. financial statements were made public in the buyout did the scale of the purported swindle become clear. READ MORE….. 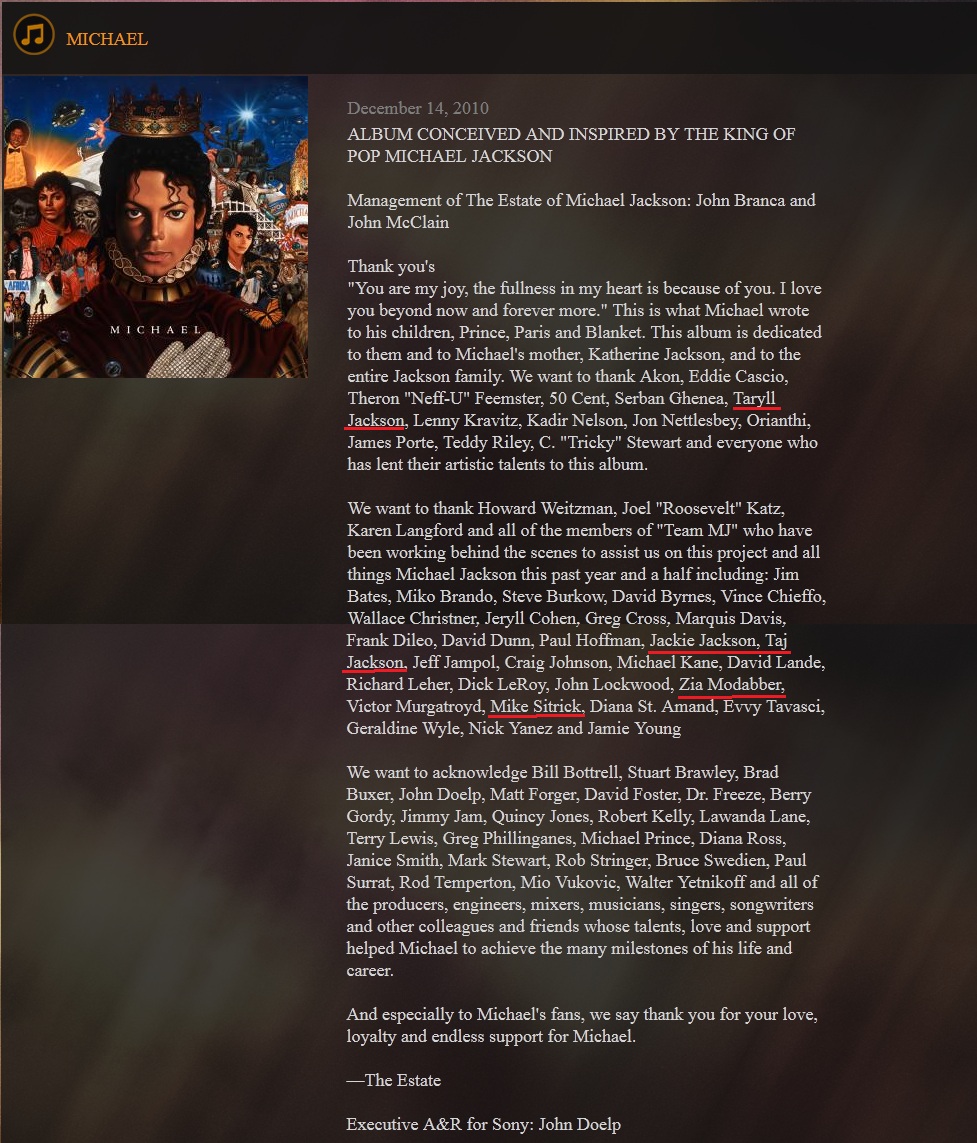