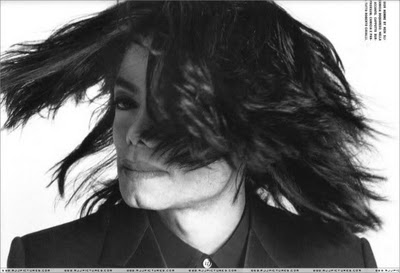 The biggest Loan Michael’s estate has yet to deal with is the Barclay Loan for over $300 million. The estate has to pay this or get it refinanced by this fall or the Jackson Estate loses it’s share of the Sony/ATV and the Mijack Catalog. The deal with Sony for Michael’s unreleased songs for $250 million alone should be able to cover most of this. But the estate executors have no incentive to pay off this loan.

Date of complaint, July 13, 2007. This was shortly after Michael came back to the United States from Ireland.

September 29, 1999 – Bank of America (BOA) made a loan to MJPT (Publishing Trust) for $72.5 million. Collateral was MiJack and the rights to receive payments for it’s administration

January 2005 – The same month Michael supposedly signs the contract, he gives up on trying to purchase the other half of Sony/ATV (??? Why?)

February 28, 2005 – Don Stabler and Darian Dash confirm the deal as authorized representatives of MJPT and Michael Jackson. The collateral is ALL of Michael’s music publishing assets, 50% of Sony/ATV and Mijack catalogs.

Circa March 2006 – Fortress refinanced the loans by creating a special purpose entity into which the assets would be transferred called “New Horizon Trust”. This was done without knowledge or consent of Transitional. This caused a “fraudulent transfer” law to be broken. 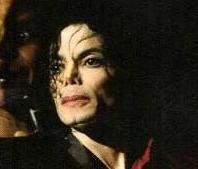 In the video it lists four important elements:

The first of these three elements are in play now. Barclay’s has a lawsuit against the estate. If Branca and McClain do not pay them this fall, the entire Sony/ATV catalog goes to Sony.

The Barclay’s Lawsuit comes from the Transitional Complaint. Source 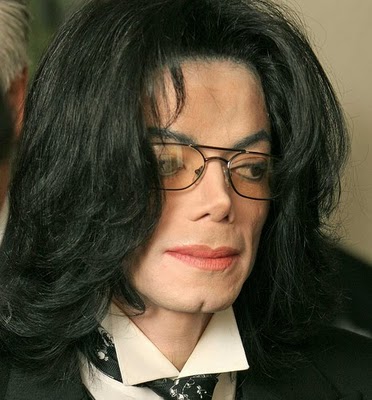 Michael during the trial when all this was going on

The video then goes through the reasons Michael may not have even known about this. The video directs you to learn more about Michael’s representatives via an article published in 2005. Source

“But during breaks in the trial, Jackson says he was being pressured to sign off on a multimillion-dollar financing deal by Don Stabler, an associate brought in by brother Randy, his go-to guy on financial matters during much of his career.”

Further along in the article it says:

“”It was unkind,” Jackson added. “It was mean. It was meanspirited. It was nasty. Simply because he couldn’t get me to sign something that he wanted me to sign.”
“It wasn’t the first time that Stabler teamed with Randy in trying to get him to sign off on a deal, Jackson claimed.

At a meeting in a bungalow at the Neverland ranch, Jackson said he had his mother at his side when he fought off another proposal.

“And I vehemently told them, ‘No, I am not signing this,'” Jackson recalled. “And I just remember how angry, the intensity of the anger in the room. And so they marched out.”

At the end of the article:

“The firm, Prescient Acquisition, is owned by businessman Darien Dash, who claims Jackson stiffed his company out of $48 million.

According to Dash’s lawyer Steven Altman, Dash was due the money for helping Jackson refinance a $272 million bank loan and secure $573 million in financing to buy out Sony’s half of the Beatles’ song catalogue that Jackson co-owned.

Now back to the video:

It claims according to Michael’s testimony during a deposition on this that Michael did not know about Transitional. Then says that this was the perfect way for Sony to get the catalog, buy setting Michael up.

How would they do this? Lets continue with the video:

“Contact an entity to refinance debts and buy the other half of the Sony/ATV catalog. Put all the assets you want for yourself as collateral.” (as Stabler and Darien did for Michael)

“Break the Contract and the assets are yours.” (As Stabler andDarien did on the contract).

Now on this document Transitional Complaint on line 27, it says:

Don Stabler, according to the NY Times article, never got Michael to sign this.

How did Don Stabler ever get to be an authorized representative if he could not get Michael to sign the paperwork? Did he fraudulently sign Michael’s name to any documents authorizing him to represent Michael?

Michael never heard of Darien Dash. Dash owns Prescient Acquisition. Prescient is not the one filing the complaint however, it is Transitional. Prescient was the original contact, they contacted Transitional who in turn allegedly secured the financing through Fortress.

Fortress is also the same company who refinanced Michael’s Neverland loan and sold it to Colony Capital. Fortress, allegedly WITHOUT the knowledge of Transitional (the middle man), sold the loans at Michael’s bequest to a deal Sony worked out with HSBC and Barclay’s bank. Source:

“Financially, Jackson remains in no position to cure his dilemma. Even though he refinanced his $300 million loan from Fortress Investments with help from Sony Music, HSBC and Barclays Bank, the Neverland loan was not part of that deal. Fortress would clearly like to get out of the Jackson business altogether now, so selling at auction is their answer.”

So now we know how Barclay’s got involved in this. Sony was so nice to help Michael out weren’t they? Remember the terms of the loan? All Michael’s assets. All of them.

Well, Michael may have never heard of Darian Dash, but Sony sure has! Let’s look at Darien Dash:

May 31, 2008. That date, revealed here for the first time, is known as the “Liquidation Sale” among insiders.

Darien Dash, who helms Prescient Capital Group and is a cousin of hip-hop entrepreneur Damon Dash

Bill Clinton & Darien Dash (I knew there was a reason I didn’t like that guy!)

NEW YORK, July 5, 2006 (PRIMEZONE) — DME Interactive Holdings, Inc. , through its subsidiary, The Girls Entertainment, is pleased to announce it has added the Rock Steady Crew (RSC) 29th Anniversary to the firm’s roster.

UPDATE – Fresh from friend Vanessa: Darien Dash step-father Cecil Holmes is an exec at Casablanca Records which is co-owned by Tommy Mottola

Both Sony Music & DME contributions. New York Election Contributions . . . check and see who on this list was in Michael’s list of attorneys. Source

In the Transitional Investors case Jackson’s lawyers filed for a demurrer on Michael Jackson’s part. What is a demurrer?

“a written response to a complaint filed in a lawsuit which, in effect, pleads for dismissal on the point that even if the facts alleged in the complaint were true, there is no legal basis for a lawsuit.” Source

Transitional Investors was the one who requested the dismissal.

Since Jackson just repaid the loan the agreement has been terminated, and the titles of 1503 songs from the MiJac catalog been transferred back to the star.

Michael During his 2005 Trial

The assets attached to the loan that now belongs to Barclay. If Barclay is not paid this fall by Branca and McClain, All of Michael’s assets . . . his entire share of Sony/ATV, his Mijack Catalog all go to Sony as their “right to first refusal” is exercised and they purchase the set amount for Michael’s assets.

Prescient Capital – The ones who supposedly played a roll in negotiating Fortress loan for Michael Who owns them? Darien Dash

I dug into his other business and solidly linked him to Sony. Stabler promised him percentage of deal if Jackson signed. Dash was the other guy pressuring Michael.
Prescient Capital and Prescient Acquisition seem to be used interchangeably.

Fortress Investment – Group Who owns them?

A bunch of Fortress articles:
http://dealbook.blogs.nytimes.com/tag/fortress-investment/

Transitional Investors – Whom Prescient came in contact with and through them obtained funds from Fortress . . . who owns Transitional?

Don Stabler – The man Randy Jackson allegedly brings to Michael during the trial, to get him to sign the forms for Transitional. According to Michael, he refused to sign it and both Stabler and Randy J. left Michael’s house angry about it. I’m having trouble finding ANYTHING on him. Is he an accountant or lawyer, I’ve read each in different articles? Do you have any more info on him?

The elusive Stabler’s website with pic if you can figure out how to get a copy – it’s conveniently within flash, which also doesn’t seem to appear in searches.

http://www.morethantax.com/ – interesting how this and the last one…Dash was it…their website domain names have nothing to do with their business names. (Gina said this)

NEW YORK — As Michael Jackson digs himself out of a financial hole, Sony got something it’s long wanted: the opportunity to take control of the lucrative music publishing catalog that it owns with the pop singer.
http://www.usatoday.com/money/media/2006-04-14-jackson-sony-beatles_x.htm 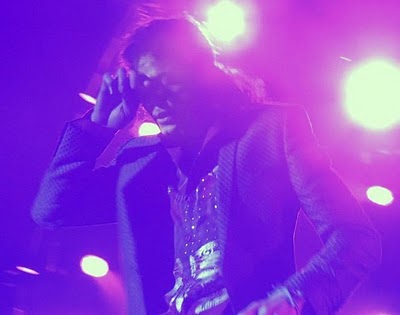 Michael During “This is It” Rehearsals

We do not take credit for this work, Blog by Bonnie Cox