The Crucifixion of Michael Jackson INSIDER OPINION ON “THIS IS IT” 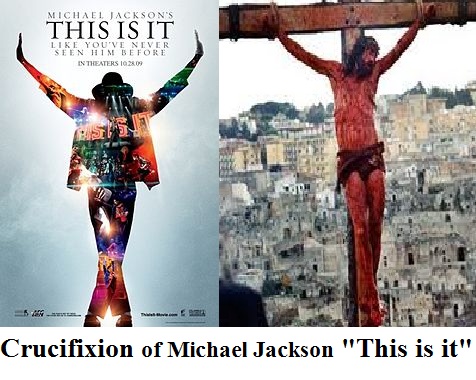 Yesterday I had the amazing chance to speak to someone who worked on This Is It. This person has worked with Michael in the past, I’ve seen him before on TV close to Michael, and I also saw him in the movie and his name appears at the end. He is here in Miami on vacation with family and a good friend of mine knows him. I begged him to let me meet him and he was the sweetest person, and he loved Michael.

He gave me the ok to share with you what he told me, however with the condition that I would provide his name. He is under contract with AEG/Sony and is only allowed to officially talk good about the movie and the concert. As he told me “hey, I also got to pay my bills, so I have to do what they say.”

However, at the same time he told me to “share with fans what I said, because it is important that some things are known.”

He has great respect and admiration for Michael and has known him for over 20 years.

Here’s the most important things he told me:

– Michael has always been a very sweet, humble person, since the first time they met 20 years ago, however he noticed that during these rehearsals, he looked even more humble than usual, to the point that he actually felt Michael was incredibly insecure this time around, he saw him very vulnerable and everyone automatically tried to make him feel ok, everyone wanted to bring the spark in him that old Michael Jackson had. According to this person a combination of the 2005 trial and the long absence from the spotlight made Michael feel very insecure.

-Michael did not get along at all with Randy Phillips. Everyone knew it, even Phillips knew it. Phillips had a very arrogant way of dealing with Michael, he was terrified that Michael would not get ready for the shows and AEG would lose a lot of money. According to this person, Phillips made it clear to several people that these concerts had to happen, no matter what, because he “had to personally convince everyone at AEG that this was a good deal” therefore his job was at risk if anything went wrong. On many occasions Phillips would go to Michael’s house with Ortega and Travis Payne whenever Michael would not show up. At times they would come back with him, at times no. The official explanations to the crew was “Michael is not feeling well today,” “Michael rehearsed at home” or “Michael is rehearsing with his vocal coach.”

At first the crew believed it, but after a few weeks everyone started realizing something was up because even though Ortega and Payne would say everything was fine, it was obvious that they were very frustrated and nervous, and there were several heated discussions between Ortega, Phillips and Payne, but what exactly was being discussed was not clear since they always ade sure they would be far enough for anyone to hear. During these conversations one of them would always be on a cell phone, and then the would pass it aroud to themselves. This person believes they were talking to Michael.

-Michael, and this is shown in the movie, did not want to wear the ear monitors. As this person told me, “look at any footage from Michael in concerts in the past, and you will never find him wearing ear monitors, he did not like them, did not need them.” According to him, Ortega got upset at one time at Michael, and in front of everyone told him “you have to understand that here you do not have an option, you have to wear them, this is going to be a closed arena, not an open stadium, and the sound is different.” He said his tone was very nasty and everyone was shocked, especially since Michael looked very upset, but mostly hurt, by it.

Interestingly, yesterday Karen Faye wrote on her face book that Michael always complained to her that he did not like ear monitors, and asked her to tell Ortega. According to her, she did and Ortega told her “well, he has to wear them!”

-This is very interesting. According to this person, there was absolutely no way the concert was going to be ready for opening night on July 13th, and everyone knew it. He asked me the following “when you saw the movie, you do realize right that they had to show the best scenes, the best performances, right?” I said “yes, of course” to which he replied “so do you realize that what you have seen, most of it came from June 24th, 23rd and 22nd ? Based on what you saw, did it feel as if everything was going to be ready in 2 weeks ?” He said that Michael did not have his clothes ready, and that there was “pathetic” @#$%$ing around from different stylists that were trying to come up with ideas. But nothing was ready, no clothes, not even for the dancers. Michael wanted Michael Bush, but Travis Payne brought in that Zaldy guy, and AEG was behind Zaldy, rather than Michael Bush.

The opening number for the concert was only done on the computer, just like we saw in the movie. It was never rehearsed, and the robot that Michael would have come out from was not ever ready. Also the closing of the show was just a concept.

He also confirmed that they never had a full rehearsal. In other words, they never practiced the whole concert, it would always be a few songs on several days, but it was never put all together, therefore they were also very concerned that once everything was going to put together, it would take much longer that the 2 hours originally planned. This was going to be a huge problem for AEG and the O2 arena, because of an agreement they had with time. Also, Michael did not want to have long shows, for obvious reasons.

-For the most part, Michael looked well, however this person did unfortunately confirm to me that there were days that something was “wrong” and everybody knew it. He worked with Michael in the past and Michael never wore sunglasses while rehearsing the dark like that, especially since Michael in the past would always want to see how the lights looked and for that reason did not like using shades. But he said “don’t expect them to talk about it on tv of course, same with me, I won’t and I can’t.” He said that at first everybody thought Michael was just eccentric and stuff, especially the dancers, they were just excited to see him, but he said for those who knew him for many years, including him, started realizing alarming signs.

However, he said, this just shows how vulnerable Michael was and he does not like how people associate this behavior with something negative. He said “he went through so much poor thing, I perfectly understand why this was happening.” Oh and btw, he said that some of the crew members started checking TMZ with their IPHONES to find out whether or not Michael had seen Dr. Klein during the day. It would usually warn them on what to expect when he showed up.

-Michael had fun when performing, it appeared as if it was what he needed, however off stage Michael did no look happy, he rarely interacted with the crew, other than Karen Faye and at times with Michael Bush. According to this person, Michael stayed as far as he could from Ortega, Payne and Phillips off stage, because he always felt he was being chased by them to do more, perform more and give more. He said that the crew in general felt Ortega was being too demanding, especially when it was obvious nothing was ready on time. But they mostly felt Ortega was being pressured by Phillips, and that it was Phillips who was just going crazy because was in a position of losing everything with these shows.

-The day after the news came out that some fans claimed Michael told them he did not want to do 50 concerts, everyone was instructed not to talk to anybody from the media, not to let in anyone who was not authorized to attend rehearsals, especially fans. When Michael came in that day, the atmosphere was tense and he did not look happy at all. Before working that day, Phillips and Ortega met with Michael and, interestingly, with his bodyguards. They spoke for about 20 minutes, but once again this person could not hear what was being said. However everyone had the feeling Michael indeed did not want to do 50 shows and believed Michael did talk to those fans.

This is pretty much it. This guy said that it is a shame that Michael died while being extremely stressed out. He said that a lot of pressure was put on Michael, but the truth is that the concerts were not going to be ready not because of him, but because the there was simply not enough time to accomplish all they had planned. He said he is sure Michael would have been 100% ready by July 13th, because “he did those songs hundreds of times before during his career, he knew exactly what to do” but everything else around was not ready.

He also says he personally felt Michael sometimes did not show up because he knew things were moving slowly and sort of felt disappointed. He was a perfectionist, and when things were obviously not going in the right direction, he would get frustrated and sort of lose interest, instead of becoming upset at someone. Yet they made him believe it was him, that things were moving slowly because of him. But this person told me that Michael had nothing to do with all the technical stuff, like lightings, fireworks etc, therefore it was not his fault, but he was the easy target.

According to him, if the concerts were not going to be ready, it would have been easier for AEG to blame it on Michael, than blame themselves and their lack of timing skills. 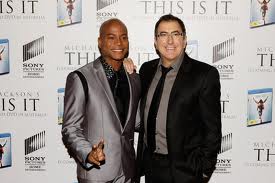