John Branca is trying to have this site shut down once again!!! He can not come to us direct because we already beat him! So now he is threatening third parties with Jail!

Michael Jackson Estate Executors CAN NOT afford the TRUTH the to come out, which will be made public the day HWTF file their Appeal http://www.teammichaeljackson.com/michael-jackson-estate-vs-htwf

Up until this case moved to the Appellate court ALL documents were sealed, Now they are NOT, You are about to see the fraud/corruption, not only  regarding the Estate v HWTF, but also ABUSE suffered by Mrs Katherine Jackson!!

HTWF had a defense fund website which John Branca(Estate Ex) has had taken down! IF HTWF IS FRAUD, WHY IS JOHN BRANCA TRYING TO SHUT THEM UP, WHY IS HE TRYING TO SHUT US UP!! Even if you support the estate, you owe it to MICHAEL JACKSON to know the TRUTH!

John Branca already had his A$$ WHOOPED by the founder of TeamMichaelJackson.com he cannot shut this site down.

John Branca attacks us, whilst he allows bootleggers to sell MJ Merchandise!

you can send check direct to the fund here:
Mark in the memo “Defense fund”

“I” managed to find financier for this law suit for the past YEARS! but John Branca bribed them!!! I found second and third financiers, but John Branca via his bribed party managed to get to them.  John Branca’s BRIBED party are FORCING Mrs Jackson to make public appearances! Mrs Jacksons “inner” circle are working for John Branca! I KNOW BECAUSE I WAS VERY CLOSE TO THE “INNER CIRCLE. Trent Jackson, Lowell Henry and Perry Saunders are slandering HTWF, Melissa Johnson to people around the world, so no one  finances this case, JOHN BRANCA IS IN A CORNER, SUPPORT THIS APPEAL, NOTHING IS “SEALED” ONCE THIS APPEAL IS FILED I AM CERTAIN YOU WILL SEE EVIDENCE OF FRAUD AND CORRUPTION WHICH WILL RESULT IN JOHN BRANCA BE REMOVED AS EXECUTOR OF THE ESTATE!!

IF HTWF IS A FAKE, THEN ASK YOURSELVES WHY WOULD JOHN BRANCA BE GOING TO SUCH LENGTHS!

Dont walk away, read what we have to say:

This Charity has survived an onslaught by John Branca. for nearly THREE YEARS, It is only God and Michael that have carried this charity thus far!!

So many questions remain unanswered, What was this settlement! Why did Mrs Jackson’s inner circle abandon the law suit on the eve of the trail?

This charity has been fighting this “Fraudulent Settlement” for the past year. This case is now in the 9th circuit appellate court.

If this case is such a hopeless cause, WHY DID THE PREVIOUS JUDGE ALLOW THIS NEXT APPEAL TO GO FORWARD! What happened in the the settlement that  FEDERAL JUDGES give this charity a chance??

I know with every breath in me, for everything true and pure, for Michael i NEED to know what is going on!

Can you, Will you put a dollar amount on everything Michael stood for!

I know the truth, I have seen the evidence in this case, as has John Branca, he knows he is a liar! I have taken a  mass attack from those that are plants by John Branca, i stood tall and carried on in what i believe in! I pray you do the same!

What price will you put on Justice for Michael Jackson!! 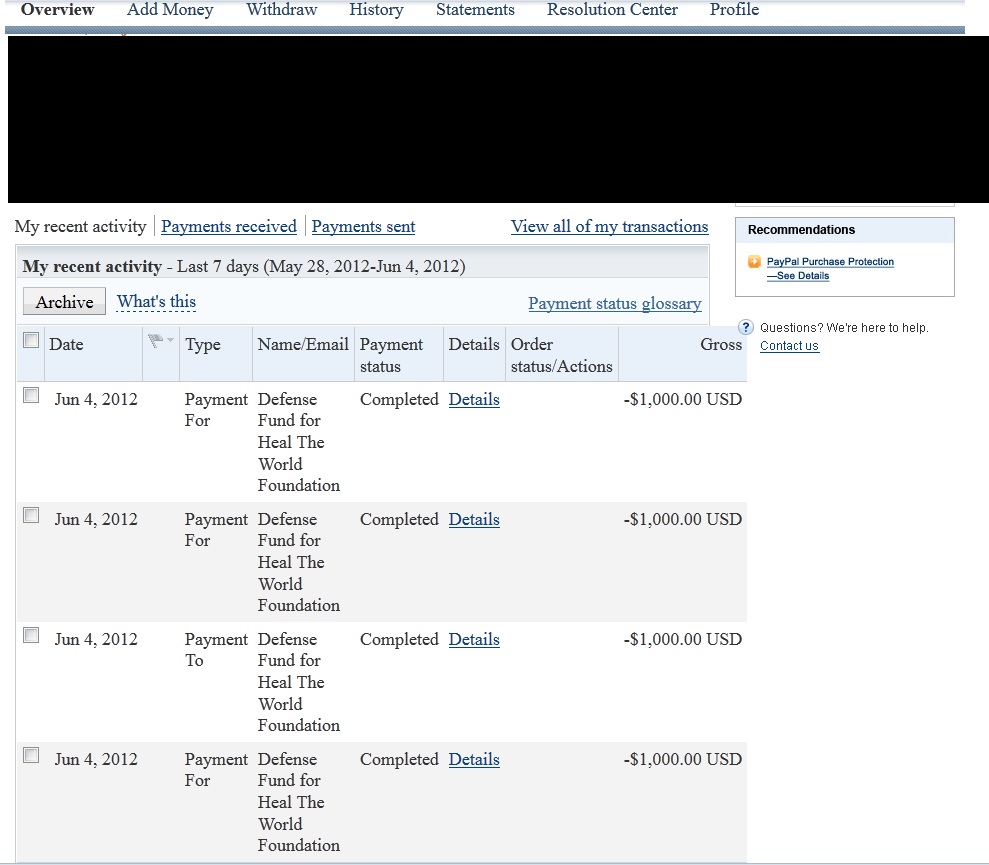 2. FOR PRODUCING A WILL SIGNED IN LA http://www.scribd.com/doc/68142335/Petition-for-Probate-Michael-Jackson-Will
WHEN MJ WAS IN NY http://blogs.reuters.com/fanfare/2009/10/21/michael-jackson-estate-administrators-dismiss-questions-about-legal-will/

4. SO WHO ARE WE TO BELIEVE THE ATTORNEY WHO WAS FIRED FOR EMBEZZLEMENT http://twitpic.com/4kxc4t/full OF COURSE THE BRANCA FANS WILL SHOW YOU THE COURT TRANSCRIPTS WHERE AS LEGRAND TESTIFIES HE DID NOT HAVE EVIDENCE OF BRANCA DIRTY DEALING! THIS IS CORRECT, LEGRAND DID NOT HAVE ANY EVIDENCE, BUT IF YOU READ THE LINK http://twitpic.com/4kxc4t/full IT CLEARLY SAYS ENOUGH SUSPICION HAS ARISEN FROM INVESTIGATING MOTTOLA AND BRANCA WHO HAD TIGHT DEALING, AND IF THEY ARE HIRED FURTHER THEY WILL FIND CONCRETE EVIDENCE, BUT FOR MICHAEL, HE HAD ENOUGH TO GO BY AND FIRED THAT JUDAS!!

5. MRS JACKSONS SWORN DECLARATION FILED WITH THE FEDERAL COURT
“MR BRANCA WAS A MAN MY SON WAS VERY WORRIED ABOUT. MY SON TOLD ME ON MORE THEN ONE OCCASION HE DID NOT TRUST HIM. JOHN BRANCA HAD STOLEN FROM HIM”. READ IT HERE: http://www.scribd.com/doc/52975732/Declaration-Mrs-Jackson TMZ HERE http://www.tmz.com/2011/04/12/katherine-jackson-michael-jackson-estate-executor-john-branca-mj-estate/

OF COURSE BRANCA HAD MRS JACKSONS ATTORNEY ANNOUNCE SHE DID NOT SIGN THE DECLARATION, http://www.tmz.com/2011/04/12/katherine-jackson-michael-estate-executors-declaration-john-branca-mcclain-signatures-forged-fake-signed-fraud-heal-the-world-foundation-lawsuit/#.TvU4fbTjGJk

AT WHICH POINT HE WAS FIRED http://www.tmz.com/2011/04/15/katherine-michael-jackson-estate-strike-deal-allowance-monthly-perry-sanders-howard-weitzman-new-attorney-money-charity-heal-the-world-donations-executors-stole-accusations-money/

“Branca didn’t even bother to pay his respects and attend Michael’s funeral. That is why I will always believe that the will is fake” thanks to Taaj for sharing by Karin Williamson http://www.teammichaeljackson.com/archives/4117

MICHAEL JACKSONS INSURANCE HAVE FILED COURT PAPERS AGAINST AEG AND JOHN BRANCA FOR FRAUD!!! ITS NOT ROCKET SCIENCE!! I COULD POST ANOTHER 100 LINKS, BUT YOU GET THE IDEA!!!

Have you seen John Branca do anything for Michaels HWTF? Have you seen any charitable actions by him!! Do you think he cares! Just look at the work HTWF were doing until John Branca SHUT THEM DOWN! https://twitter.com/#!/healtheworldfdn

PLEASE HELP MICHAEL.S HTWF ITS WORTH IT AT LEAST TO SEE THIS “SETTLEMENT AGREEMENT”

IF THIS APPEAL DOES NOT GO FORWARD BECAUSE JOHN BRANCA HAS BRIBED EVERYONE WHO TRIED TO SUPPORT THIS CASE, IF YOU CAN NOT HELP ME, TO HELP MICHAEL!!!

THEN I WILL BE RESIGNING AS AN ADVOCATE FOR MICHAEL JACKSON!!!!! I AM DONE, FINISHED!!

I URGE YOU TO DIG DEEP INTO YOUR POCKETS, FORGET ABOUT YOUR VACATIONS, CHRISTMAS, BURY ANY CELEBRATIONS YOU HAVE PLANNED, IF YOU CAN NOT HELP THE CHILDREN OF THE WORLD, THEN LIFE IS NOT WORTH  CELEBRATING!!!

If you know me, trust me, care of me, feel for me, the suffering i have endured at the hands of these haters, the haters who did not even spare my child!! Then do this for me at least!!! 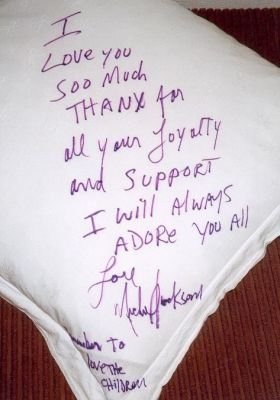 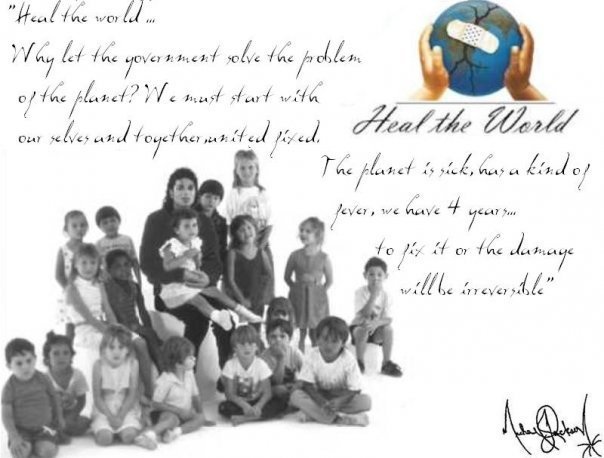 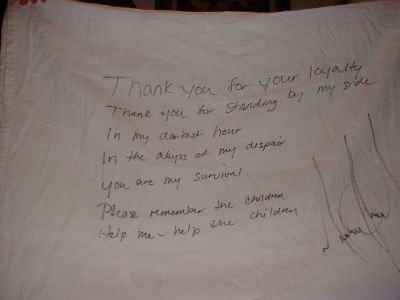 Where are these fans Michael referred to> In the abyss of my despair, NOT BUYING CD’S merchandise, supporting Sony!! NO, NO , NO, the ones who are his SAVIORS, WHERE ARE THEY??? 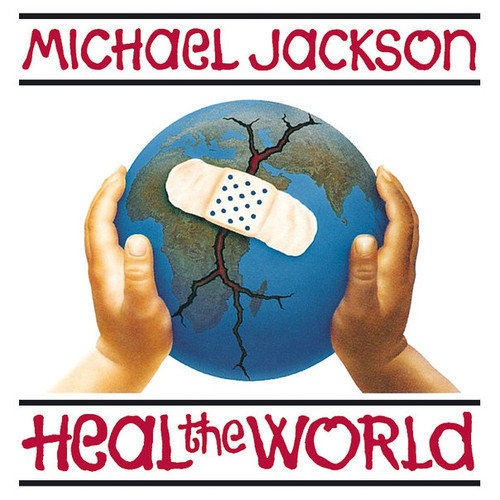