How many reason do you need!! Boycott PEPSI

We recently received this image Via our contact button on this site!

HAHAHA Mike sending us messages through HIS Angles, HE never did LIKE Poopsie Pepsi 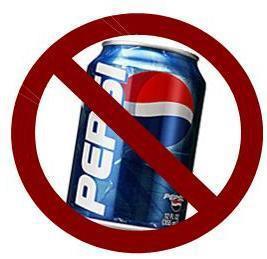 Michael Jackson fans have ONE reason to boycott Pepsi!!

But here are a few more for you to consider!

Michael Fox, Star of Spin City, Family Ties and many movies, suffers from Parkinson’s Disease and once asked how a 30 year old man would get this old man’s disease. Michael Fox has also been a Diet Pepsi spokesman and informants say he is addicted drinking many a day. Aspartame/NutraSweet that is in Diet Pepsi is a neurotoxin that triggers neurodegenerative diseases, and can precipitate Parkinson’s. Fox has been going downhill because of the wild movements and writhing he’s been suffering. He is unable to control his body. Aspartame, in reality a drug, also interacts with other drugs and changes the dopamine of the brain. There is no way for Michael to improve until someone gets him off the Diet Pepsi More…..
Obama agency rules Pepsi’s use of aborted fetal cells in soft drinks constitutes ‘ordinary business operations’ (NaturalNews) The Obama Administration has given its blessing to PepsiCo to continue utilizing the services of a company that produces flavor chemicals for the beverage giant using aborted human fetal tissue. LifeSiteNews.com reports that the Obama Security and Exchange Commission (SEC) has decided that PepsiCo’s arrangement with San Diego, Cal.-based Senomyx, which produces flavor enhancing chemicals for Pepsi using human embryonic kidney tissue, simply constitutes “ordinary business operations.  Learn more: http://www.naturalnews.com

/035276_Pepsi_fetal_cells_business_operations.html#ixzz1xATIjZDb
Oklahoma lawmaker wants to stop Pepsi from using aborted fetus cells in soda flavoring research. (NaturalNews) In order to simulate various flavors in processed foods, some food manufacturers are actually using aborted fetal cells to test and produce these artificial chemical enhancers that millions of Americans consume every single day. Concerned about the ethical and moral implications of such a process, Oklahoma Senator Ralph Shortey has introduced new legislation to prohibit this practice from occurring in his home state. Learn more: http://www.naturalnews.com/034777_Pepsi_aborted_fetus_cells_soda_flavoring.html#ixzz1xSQgoqZW

Pepsi’s ‘Next’ generation – Less sugar, more toxins! Now we have a beverage on the market with not one, not two, not three, but FOUR dangerous sweeteners – HFCS, aspartame, sucralose, and acesulfame potassium.

An Illinois man is suing Pepsi, claiming he found a mouse in his can of Mountain Dew. Ronald Bell of Edwardsville, a small town near St. Louis, alleges there was a mouse in a can of soda he purchased and drank in 2009. Bell says he spit out the mouse and called the company to complain. At the soda manufacturer’s request, he sent them the mouse corpse. Pepsi had a veterinary pathologist examine the body. Their scientific expert found the rodent could not have been in the can since the soda case was sealed in August 2008, and its body would have dissolved as a result of the acid in the soda.

(NaturalNews) PepsiCo’s 2009 shareholder proxy report contains a proposal (pg. 61) that paints a clear picture of the company’s use of genetically-engineered (GE) food ingredients and its attitude toward this issue. The proposal describes a loose plan to remove GE ingredients from Pepsi’s products in order to maintain “Company product integrity.” The concern, archived for public record in the report, is that Pepsi products contain “potentially GE” corn, rice, canola, soy and sugar.
Learn more: http://www.naturalnews.com/026897_Pepsi_ingredients_PepsiCo.html#ixzz1xSRw49Uw

It’s a great marketing gimmick: A bottle of water with a clean, blue label showing images of snow-capped mountains and the claim, “Pure water, perfect taste.” That’s the image created by Pepsico’s Aquafina brand of water, and many consumers leap to the incorrect conclusion that Aquafina is sourced from mountain spring water.

When a new beverage comes out advertising “60% less sugar—drink it to believe it”—the challenge is on. Same taste; fewer calories to your waist? Sounds good, doesn’t it?

But before you throw that Pepsi Next into your grocery cart, Fooducate.comi suggests you complete the challenge by reading the ingredient label.

There you’ll find that, indeed, the sugar content has been reduced.

But it’s still the second ingredient after water—four teaspoons of it,  in fact, in the form of high fructose corn syrup. The secret to keeping this beverage sweet-tasting, however, comes further on down, in the form of aspartame, acesulfame potassium, and sucralose. Read More http://articles.mercola.com/sites/articles/archive/2012/04/23/aspartame-in-less-sugar-sodas.aspx