Michael was said to have come home feeling ill early June 25th 2009. If Michael needed saline for dehydration purposes (and not to deal with Propofol only) he would have wanted it as soon as possible. If he had a drip running then why did he not have Lorazepam and Midazolam injected into the y port of the drip for this needle phobic patient?

I observed reading glasses in Michaels bedroom by the sink (the other bedroom) they looked like Michaels. The bed had been lay on, the pillows where dinted etc. Who rested there? The fire was on and it was certainly Michael who felt cold. Would Michael really be walking from room to room with Diazepam, Lorazepam and Midazolam in his blood stream?
There were also red bull cans by the sink. It would seem Murray was wrong when he said Michael stopped drinking them. Why would Murray not press on this issue considering the resorts he was willing to go to?

Why would someone who employs a nutritionist, who does not finish a prescribed course of medication, who breaks tablets in half, one night have injection after injection. You break tablets in half because you do not want too much medication in your system but enough to drop off. You are lackadaisical with your prescribed medication for the same reason.

The defense would have us believe that this man who takes too few sedatives, who breaks tablets in half took a handful of Lorazepam tablets in desperation, on top of a Diazepam tablet, and repeated injections of two other sedatives.

The News of the World actually published one of the LAPD’s photographs. The exact same photograph was shown in court. If the photograph was indeed genuine what of the photograph of the bloodied shirt in Michaels closet? It had blood by the clavicle and neck where Michael had puncture marks. What of the argument Joseph Jackson spoke of to fans abroad? Who told family that Randy Phillips arrived that night?

The Jackson family paid for a second autopsy. With doubts from many family members, I hope and pray they are paying for a second investigation. I hope and wait for true justice for Michael Jackson. 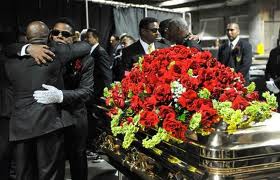 By:- To MJ Respect is Due

See the game, read in between the lines by watching Randy Phillips of AEG testimony during the Conrad Murray trial. Randy P is frazzled scared and trying his best to keep his story straight.

We all know EMS was not called till after 12 noon. Michael was already dead when the paramedics arrived. Phillips was asked again what time did he get the call, he could have corrected his error in time. You know the difference between 10:30 11:00am and 1pm when the ems started to take Michael to UCLA. He was reliving the moment and forgot his lie and where he was…and Chernoff let him talk, Murray looked uneasy like damn he slipped up. Randy Phillips was one of the extra people in the house when Michael was killed.

Walgren(employee of the system)objected so much relevant information to the case. Judge sustained and shut down answering all the key questions. So many of us should have been the DA this day. You got to give it to Chernoff he really tried to get the truth in there. I say Murray told him a hell of a lot and Chernoff did his freaking research. Chernoff is a very thorough attorney he is a capitol crimes trial lawyer. He brings up the suspiciously dead lawyer Peter Lopez in the beginning of the vid. He brings up Tom Barrack of Colony Capitol the company who held the note on Neverland, he brings up the elitist media giant Phil Anschutz. He even asked what Colony Capitol had to do with a concert as Tom Barrack was the one who contacted his friend Anschutz, who contacted Phillips about getting Mike in contract for these shows. He asks was there a reason for 31 shows, we all know the 31 shows had to be performed before AEG’s insurance policy with Lloyds of London would be valid.

Yet Phillips lied and said Mike wanted to do 31 shows cause he wanted to do more consecutive shows at O2 than Prince. Chernoff asks what AEG’s stake was in the contract, Walgren objects on relevance, he asks what Michael stood to gain from the concerts this too gets objected on relevance and sustained. What the hell…. how does Mr. Walgren and the judge figure.

Internally AEG, Phillips says called the shows at the 02 “the mountain comes to Mohammed”, what do you suppose Randy P means by that? I think I will look up mountain and Mohammed references to find out the purpose of that analogy. I do know Mohammed is supposedly the last prophet (cute name for messenger) – don’t have a religious fit not going there 🙂 )

Ranydy P says production didn’t start til April, the show was in July 3 months away. Kenny Ortega was concerned that Michael wasn’t attending rehearsals this was in June. JUUUUUUUNNNNEEEEE!!!! He wasn’t worried until June. Production started in April and Michael was coming to rehearsals sometimes and Kenny of High School Musical (Huge Production) and Kenny the man who have co-produced WORLD-WIDE traveling tours with Michael Jackson in the past. Are we to believe that this elaborate show with all these special affects and dancers and videos and the Light-Man… all this was going to be done in 3 months. Michael was not coming to rehearsals and the show was to leave LA and head to London on June 25th, June 25th… Okay fine,this is Kenny Ortega’s story and he is sticking to it.

Permits licenses insurance copyrights travel accommodations for the entire production. Catering, hair make up, secretaries assistants. Clearing customs physicals passport working Visa…Freight staging lighting etc…all the stuff that goes along with putting a show together. Michael needed a house in London, Murray wasn’t under contract yet nor getting paid.. This was to be done again in 3 months. ABSOLUTELY NOT!!!! This Is It was never a concert it was never going to be a show at the O2. Michael Jackson doesn’t even get into the grove of a concert until nearly 6months into rehearsals. Michael is a perfectionist. If you have seen This Is It than you know how technologically advanced and massive this show would have been. Michael didn’t even have costumes yet. Never would this show be ready to leave LA in June and open in July. A child can see the bullshit surrounding This Is It and Michael’s death. Where is the federal investigation? Reopen this case now……

I still want/need to know: Peter Lopez – Suicide or Murder?

Catch up on facts and information pertaining to the death of Michael Jackson and theft of his empire at teammichaeljackson.com. It matters its very important that we find out the truth and get Justice4Michael.

What did Murray tell James Debarge ex husband of Janet and brother to El Debarge, that he didn’t tell the rest of us. I don’t know about you…I want to talk to the man that saw Michael alive last. Make no mistake the truth will come out about this. Its a new day and LOVE will conquer all else. 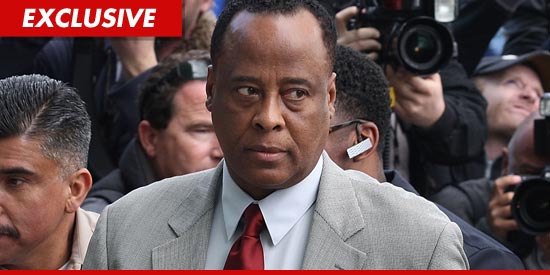 El DeBarge was right … his famous incarcerated brother James DeBarge has finally settled his MJ beef with his fellow inmate Conrad Murray… and all it took was an honest jail house conversation.TMZ broke the story … James — Janet Jackson’s ex-husband — held a serious grudge with Murray because he blamed the doc for killing his friend Michael Jackson.But now we’ve learned … the two managed to have a confrontation behind bars at the Men’s Central Jail facility in L.A. in the past few days … and “squashed the beef.”TMZ spoke with James’ wife … who says the singer was very impressed with Murray and that James “has made peace with what happened to Michael.”

We’re told James no longer believes Murray is an “evil” man or a murderer … instead he told his wife Conrad is a “kind man.”

It’s the Conrad Murray video you were never meant to see — a secret, emotional recording made days after Michael Jackson died … in which Murray lies through his teeth about his relationship with the singer, blasts the public for blaming him for MJ’s death, and even says he’s a victim of M.J.’s deceptions.

Prosecutor in Conrad Murray case is appointed a judge 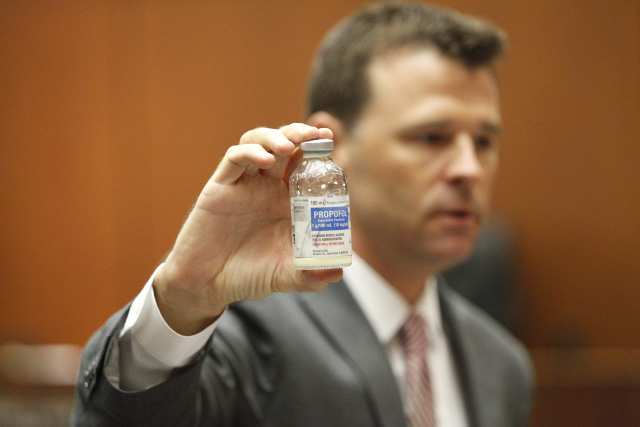 Walgren, a 43-year-old Democrat from Calabasas, worked on several high-profile cases during 16 years at the district attorney’s office. He prosecuted a photographer accused of trying to blackmail actress Cameron Diaz and headed an unsuccessful 2009 attempt to extradite director Roman Polanski from Switzerland for sentencing in a three-decade-old child sex case.

His greatest attention came during Murray’s manslaughter trial, a six-week televised proceeding covered by an international contingent of reporters.

In a closing argument that was widely praised, Walgren humanized Jackson by reminding jurors that the larger-than-life celebrity with a history of drug problems was a father whose three children adored and missed him.

Jackson fans applauded the prosecutor when he walked down the courthouse halls, and his performance sparked Facebook fan pages, including “David Walgren Is Hot.”

JACKSON “FANS” MAY BE APPLAUDING WALGREN, BUT ADVOCATES FOR JUSTICE ARE NOT!! THIS TRIAL LEFT MORE QUESTIONS THEN ANSWERS SINCE THE UNTIMELY DEATH OF MICHAEL JACKSON!!!

Ermm Why did Walgren try so hard to keep Tohme Tohme out of court!!

Tohme by the way was sent in by Tom Barracks-Randy Phillips BUDDY!!

Randy Phillips evaded to mention this name on the stand!