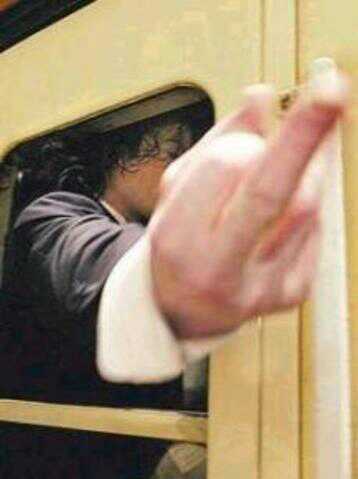 The following was reply from Howard Weitzman for  The Executors of the Estate. John Branca and John McClain,  were not truthful in their PUBLIC response to the PRIVATE letter from Michael Jackson’s Siblings! They lied, then lied again to cover the first lie!

Forbes.com also picked up on this, and reported the Estate were misleading.. because this case was NOT in court of Appeals or the Supreme Court!

Forbes have since removed the paragraph because John Branca and McClain asked them to., This is the line that is now removed and an explanation is in its place!! “Branca and McClain’s statement in response to the Jackson siblings’ letter was somewhat misleading.”

“The Will was not in court of appeals or Supreme court.. “
Forbes more.. http://www.forbes.com/sites/trialandheirs/2012/07/18/michael-jacksons-siblings-promise-new-fight-over-his-estate/

John Branca is being caught in his lies all over the place, he seems to be able to go back, and correct,

But we have noted this, how can they release a official statement, then once called out as being “Misleading” to say the least,  how can anyone human trust these men!

Below is screen print of the deceit tweeted from the official twitter account and the original response for you to decide for yourselves! 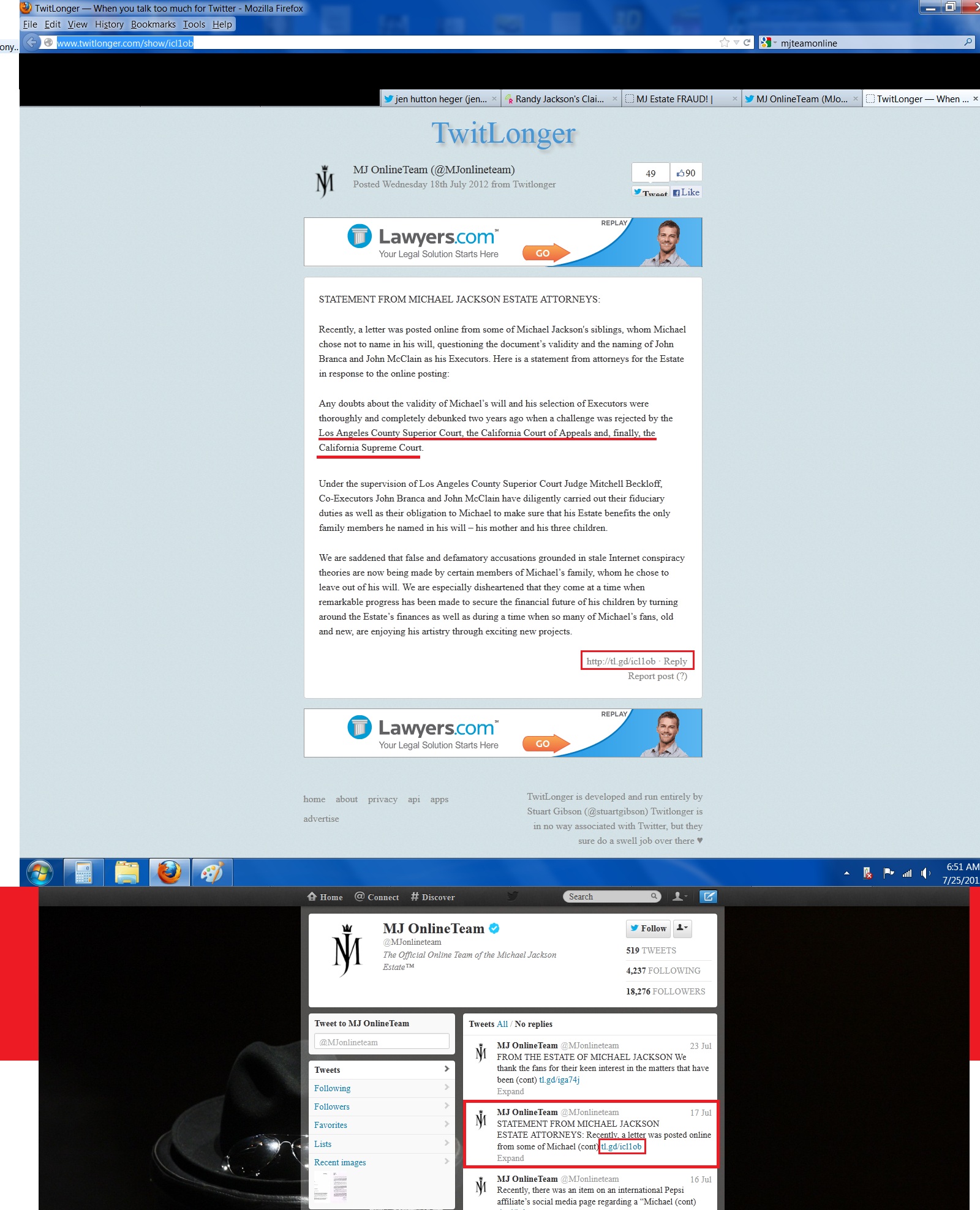