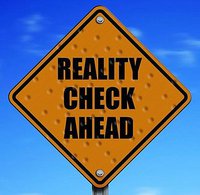 According to legal documents first accounting that MJ executors filed … showing exactly how much money Michael owed when he passed away on June 25, 2009 … In addition to the debt — MJ’s estate had $40 million in liabilities to concert promoter AEG stemming from the “This Is It” tour … which MJ was rehearsing for when he died.

According to interviews of Randy Phillips

In fact, Branca had begun to seek a return to the fold no sooner than Jackson wrapped up the press conference unveiling “This Is It” in early March 2009. The lawyer phoned Phillips. ‘“I’d do anything in the world to be involved,”’ Phillips remembers Branca saying. The AEG executive was noncommittal then.

Phillips, too, was anxious to have Branca return to the fold. According to a well-placed music industry leader briefed on the matter, the lawyer’s re-emergence appeared to lessen a potentially massive legal and financial predicament for AEG Live and Phillips.

Phillips was concerned that the company could be on the hook for tens of millions of dollars –productions costs, guarantees, ticket sales and more — if the fragile Jackson were unable to perform his 50-date London run, according to the music industry leader. Phillips was said to be worried that a court might void AEG’s contract with the singer due to a conflict of interest — Jackson and AEG were sharing the same lawyer, Joel Katz, a well-known music attorney, and his gobal firm Greenburg Taurig.

“I felt another attorney that had nothing to do with my company” was prudent, Phillips acknowledged in an exclusive interview. “I felt it was important for Michael.” He added: “That was one reason I was supportive” of Branca’s return.

Phillips was in Jackson’s dressing room at the Forum for the reunion. After the hug and official signatures that evening, Branca began rattling off ideas, having honed them over the previous week. Some involved the concert. But DiLeo and Phillips say Branca’s primary responsibility was elsewhere.

“There was a serious aspiration to make a movie,” says Phillips. “Michael wanted to finish a movie called ‘Ghost’ … and a 3D version of ‘Thriller.’ He wanted John to do the film financing and DVD deal.” Phillips said AEG had planned to contribute cash for developing projects.

From this statement made by Randy Phillips, Michael first met with Branca, hugged and hired him, So Michael had no choice, Branca had NO negotiations with Michael, Just appeared with a contract to be signed!! If John Branca had not even spoken to Michael, how did HE know he would be rehired, Its blatantly obvious Randy Phillips hired Branca!

Michael was very vocal about AEG’s mistreatment of him Michael did NOT trust AEG, Even if Michael was FORCED into hiring John Branca, he would certainly NOT reinstate him as Executor of his Estate, anyone who believes to the contrary must think Michael was an absolute uttter STUPID man! We all know that is not so!

Even if Michael did hire John Branca 8 days before he passed away, as an “Entertainment attorney” Would JB really be jetting off to a Caribbean holiday, if he has just been retained for such a huge concert, wouldn’t JB be shifting through contracts to see what Michael was obligated to, We all know AEG made Michael(or whoever signed that contract) sign off on his $ony/ATV catalog worth BILLIONS  for a mere $6 million!

Sooooo my question is, Why on earth has John Branca already paid $40 million to AEG??

Well we already know, just want you to think carefully about this.

Hmmmm Maybe this is payment to AEG for hiring John Branca, and being his only witness(Randy Phillips) that Michael did rehire him!