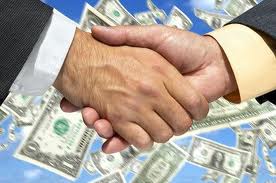 In late 2002 Michael was sued for breach of contract by concert promoter Marcel Avram for a series of concerts called the Millennium Concerts that were to take place in Australia and Hawaii. Avram was suing Michael for $21,000,000 million dollars because he said that Michael reneged on the concerts. Michael stated that Avram cancelled the concerts months before they were to occur. Avram had wanted Michael to hold off a year or so because he claimed that there was no public interest. Avram had in fact canceled the concerts but wanted Michael to pay for all the fees involved in the venture.  The case went to trial in the Supreme Court of Santa Maria, California. Zia Modabber was Michael’s attorney and is now one of the attorneys for the estate hired by John Branca and John McClain. Michael wanted nothing to do with Modabber after he cited negligence in handling the above case. Michael felt that if he lost this case that it would all be on Modabber and that he should be the one liable for such damages if the jury decided in Avram’s favor.

Here is an excerpt from the letter that Michael’s legal firm sent Zia Modabber:

“On behalf of our client, we are placing you and your firm on notice of Mr. Jackson’s claim against you for professional negligence in connection with your representation of Mr. Jackson and the preparation of the release which was intended to cover the claims asserted by Mr. Avram in the pending arbitration, which the Superior Court concluded did not extend to be the same,” read the letter from Venable LLB. “Mr. Jackson has instructed us to notify you of this claim and requests that you place your malpractice carrier on notice and take whatever additional steps are necessary to assure coverage is available,” the memo stated. “Mr. Jackson believes that your firm will ultimately be responsible for any damages which may be awarded to Mr. Avram in arbitration (if any), as well as Mr. Jackson’s and MJ Company’s costs and attorney’s fees incurred in defending the same.”

Modabber botching lawsuits dates further back than the 2002 case. In 2001 Michael went into production with F. Marc Schaffel on the song What More Can I Give. Michael wrote and composed the song after 9/11; this song was to be released as part of a charity project with its revenue going to help victims and their families after the Twin Towers were destroyed killing several thousand people. Modabber was the one that told Michael he should sever business dealings with Schaffel because he found out that Marc Schaffel was a porn producer. Michael didn’t believe it at first and became very upset after Modabber showed Michael a video of Schaffel on the set of a porn production. Michael quickly fired Schaffel and threw him off the project. In turn Schaffel filed a suit against Michael for 3.8 million, claiming rights to the song What More Can I Give and he also claimed he was due damages for unpaid loans, expenses and unpaid salary from work on the project. Schaffel tried to hold up the release of the single by creating confusion over who owned the production rights. Michael fired Marc in November of 2001; Schaffel then back dated several checks totaling more than $750,000 to himself for fees he claimed Michael owed him. They were both signatories on a bank account for Neverland Valley Entertainment this company was the producer of the charity project.

Schaffel was in talks with an unnamed Japanese company to sell them the masters to Michael’s song; no doubt the Japanese company was Sony. Schaffel also stole $900,000 from a company called Music Fighters for the song that he never delivered to them. This case went to court in 2006 and Modabber who no longer worked for Michael was called as a witness, he was limited to only certain questions as he invoked lawyer-client privileges. Modabber shedding light on Schaffels’s porn business and not furnishing Michael with the appropriate course of action when he let Marc Schaffel go, was responsible for the lawsuits that went forth; Schaffel vs. Michael and Michael vs. Schaffel. Modabber certainly knew what would happen once Michael received news of Schaffels’s other business practices.

With both Michael’s and Marc Schaffels’s monies tied up in the charity project, a lawsuit would certainly be underway after Schaffels’s dismissal. Schaffel was awarded $900,000 the jury in this case said they didn’t want to but felt forced by the foreman. Michael was awarded $200,000 plus interest and would have an additional aspect of the case heard as it was found more monies were being embezzled from Michael. The Avram case was settled for 5.3 million. Modabber advised Michael poorly in the aforementioned business matters and negligently created situations that made his then client have significant financial losses.

Zia Modabber is now an attorney for the estate. Since Michael’s death all those Michael fired and vowed to never do business with have returned to dance on Michael’s grave and to mock his life by making hundreds of millions of dollars off him. Randy Phillips said he brought John Branca in as an attorney because Joel Katz was a conflict of interest being that Katz worked for Michael and AEG. John Branca’s reinstatement by Phillips not Michael is a conflict of interest because he was fired and in possession of a counterfeit will giving him total power of Michael’s estate. John Branca bringing in Zia Modabber in is also a conflict of interest as Zia Modabber not only worked for Michael and was fired on grounds of negligence, but he also worked for Sony.

The saying is true, “All criminal return to the scene of the crime.” Everyone who had anything to do with the financial ruin, character assassination and taking of Michael’s life… has returned and sit at the table of the estate to feast on Michael’s blood and his earthly riches.