By: To MJ Respect Is Due

DO NOT BUY ANY TICKETS FOR THIS EVENT, DONATE THE MONEY TO CHILDREN’S CHARITY INSTEAD! 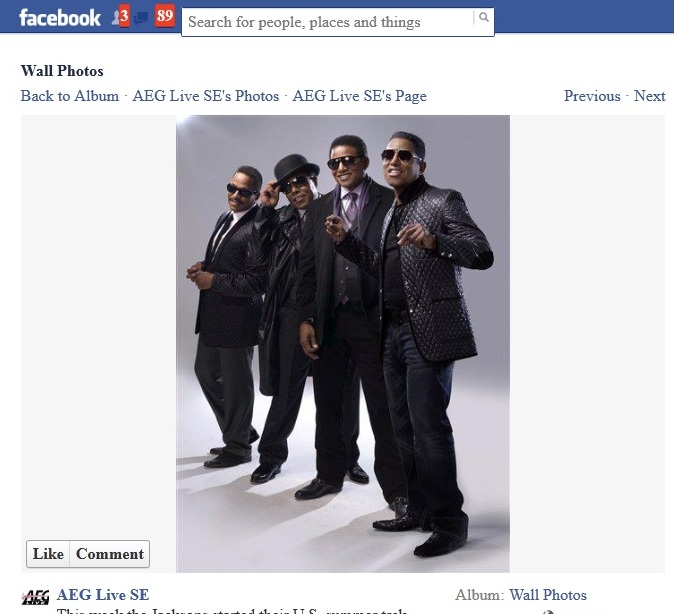 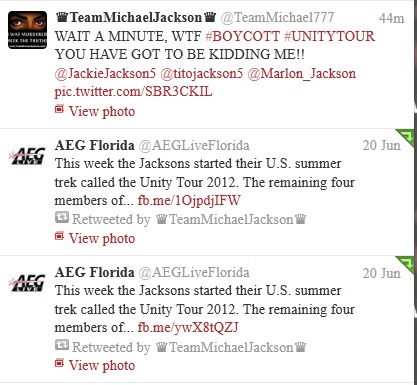 LiveNation were selling tickets for this event as they sell tickets for ALL concerts, AEG have been very sneaky in disguising the facts, http://www.livenation.com/browse?category=10001&root=10001&tm_link=tm_homeA_allconcerts Because AEGLive DO sells tickets also, If the public had known AEG were behind this they would have boycotted this concert  from the onset.

See AEGLive website, they are “Promoters”. It states no current event, but Jermaine’s wife tweeted to fans “We will be in Japan” tweet now deleted!! We would like to add Janets page on AEGLive also states “no current event” this is because Janet obviously pulled all her concerts from AEGLive, wanted nothing to do with them! Her info was here, but in amidst her concerts she pulled away from them! 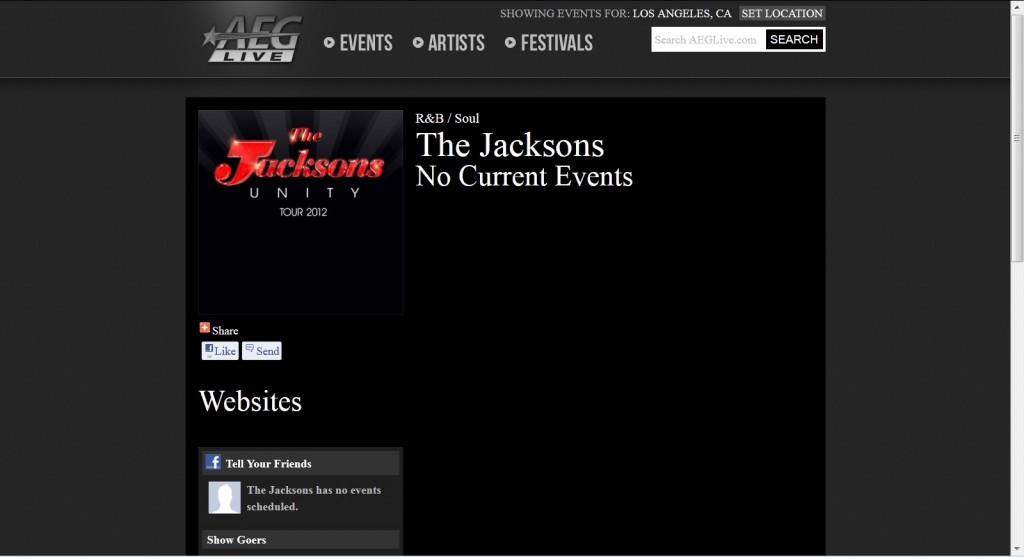 We regret to inform you family that we have been betrayed once again…this time from within. It has come to our attention that the Unity Tour is produced and backed by AEG.

The next leg being World Tour!

AEG is the company that lured Michael into a contract for 50 shows when he only signed on for 10 and these shows he would end up doing for NO profit.

AEG is the company that had Michael and his children prisoners in their own home and isolated them from Loved ones by barring visits.

AEG is the company that threatened to take his money, his personal publishing… evict him and his children from their home and ruin him beyond irreversible repair.

AEG is the company that hired Conrad Murray to get Michael to rehearsals by any means necessary eventually leading to Murder by lethal doses of Propofol so much so…that this Angel’s organs were swimming it.

AEG is the same company that double crossed the doctor they hired for $150,000 per month and didn’t provide him with vital lifesaving equipment that he asked for and they agreed to give. Michael with no CPR life support or a crash cart and empty tanks of oxygen in the room died in his bed so swiftly that he could not close his eyes.

The President of AEG Live Randy Phillips admitted during the trial of Conrad Murray that he was at Michael’s house at 10:30am, and that he was not breathing, yet the EMS was not called until 12:30 or so. AEG is the company that planned Michael’s memorial and would not allow his family to do so. They disrespectfully held it at a basketball arena that they own, complete with a show playbill and tickets.

AEG gave a raffle for tickets and wanted to sell tickets to distraught inconsolable fans that Michael Loved dearly….to bear witness to him without breath.

AEG sold broadcasting rights and media tent space to a show they produced with Michael headlining in a COFFIN at the foot of a STAGE. AEG demanded the show must go on.

Jermaine Marlon Jackie and Tito we want to know why you all have aligned yourselves with Murderers. As there is no profit on this earth that can condone such a decision. There is no explanation for a grandiose desire to grace the stage with a worldwide tour that could substantiate signing a contract with your brother’s blood on it.

It’s heartbreaking that Michael can now dedicate these lyrics to his own brothers. The show could not go on without Michael recognizing his brothers and giving them a Loving tribute.  Is this supposed to be a Loving tribute; you guys couldn’t even come together to celebrate his Life. It’s been three years of rumors of Ill-fated tributes that never occurred until the one in Wales of all places that scurrilously took place during the Conrad Murray trial. Instead of being united in seeking justice for the murder of your brother many of you were on the other side of the globe singing his songs.  Did you all listen to the messages in HIS songs at all? You’ve said many times that Michael was afraid for his life; he told many in the family they were trying to kill him.

Unity Tour? Where’s the Unity brothers, how has this name held true. You are unified with those that have killed your baby brother. AEG had your brother on the stage looking like this 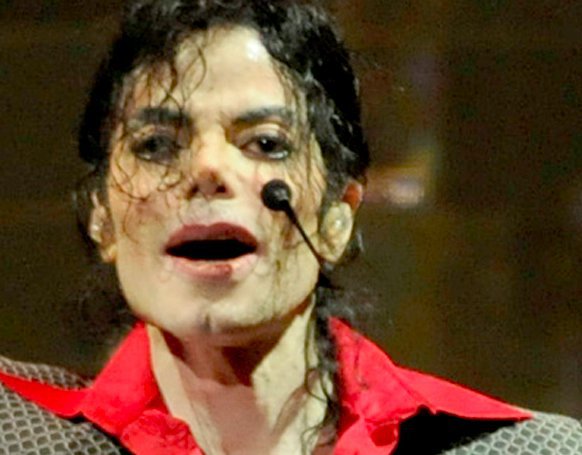 While AEG has the “brothers” on the stage looking like this 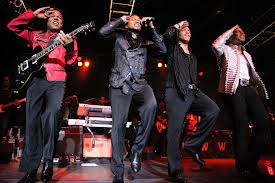 It saddens us as we have practiced the same unconditional Love that Michael has taught us. There have been events in the past 3 years that have made us scratch our heads, yet Michael Loved his brothers and out of respect and our own Loves for the brothers we stood by them. However this is something that we cannot get past. We took to the air to boycott the Michael Hologram that was to take place during the Unity Tour. This news we learned before the tour began, we should have known then something was amidst yet we gave the brothers the benefit of the doubt.

We cannot fathom or conceive of brothers that would desecrate the memory of their own and fought vehemently for the respect of ALL JACKSONS. On this matter our hands are tied. We are sounding the alarm for a worldwide boycott of the Unity Tour. We ask in the name of Michael in the name of all that is Just…in the name of the Righteous and if you just cannot stomach anymore disrespect shown towards Michael by ANY party friend or foe; destroy your Unity Tour tickets don’t worry about the money you’ve paid, standing up for Michael and what is RIGHT will be your payment. Do not support this tour we beg of you. We plan to talk with our advocates in Japan, Asia, in Europe the UK…wherever this tour is headed WE WILL BE THERE in PROTEST! Unify in this complete boycott

If you are still not convinced please click  Jackson V AEG, or AEG Live, WE have done all the research for you!! WE HAVE DEDICATED THREE YEARS OF OUR BLOOD AND SWEAT all posted here for you convenience. 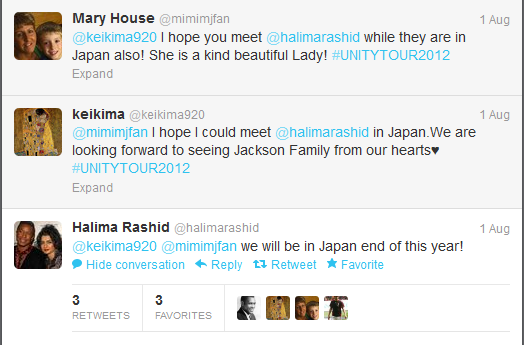