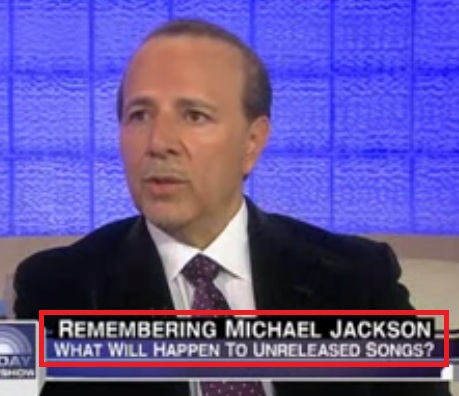 What a way to Remember Michael!!!

Some  would have you believe Michael was against Tommy Mottola, NOT Sony, we disagree with that statement, but lets go with what they are saying,

So they acknowledge Tommy Mottola the Devil did the unspeakable damage to Michael,

WHY IS TOMMY MOTTOLA THE GATE KEEPER OF MICHAEL JACKSONS UNRELEASED MUSIC! WHY DID JOHN BRANCA ALLOW THIS TO HAPPEN!!

John Branca has appointed his MASTER “Gate Keeper” to Michael Jackson’s unreleased music, Music we all know Michael left for his children…

No need to wonder how deep this goes, We know John Branca has involved Tommy Mottola in MUCH more then shown here!! Courtesy of  “The charming ruthless A$$hole”

Look out for the FAKES who try and defend this,, Decide who you are here for, whether its  MICHAEL JACKSON or not!!