I have no words,, i am absolutely disgusted this man has not been handcuffed and thrown in jail!!!!

Recently new article was posted by Los Angeles Times, that claim they have seen emails from Randy Phillips to Philip Anshultz, and basically 250 emails between certain parties regarding Michael Jackson’s health.

Our Admin Loyal2MJ picked up on a important point.

Original bio DID say it was 8 days before, making it 17th of June when he would have seen Michael, this Bio has now been changed!

Then changed Bio, we got screenprint in case he changes it again! http://www.johnbranca.com/biography/ 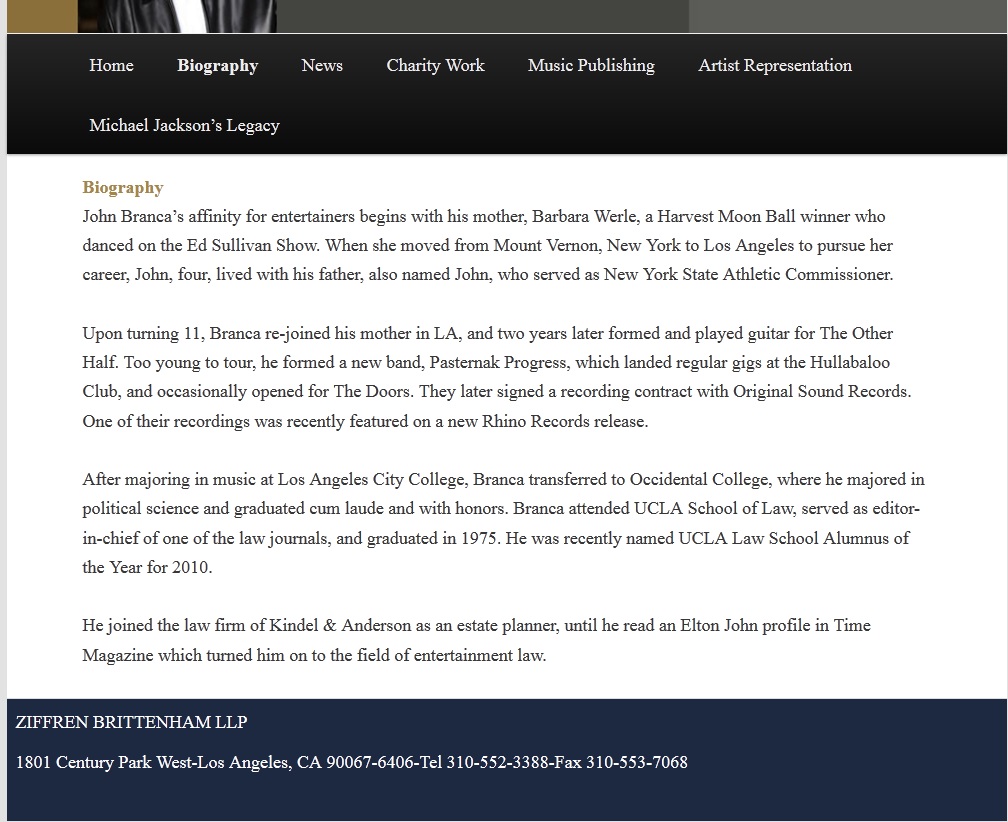