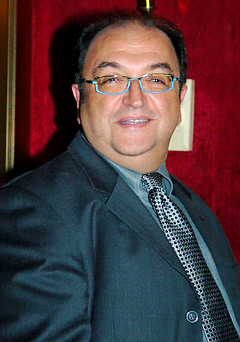 Below are reporting by Roger Friedman, i am not going to post a link to his already dead site, the man has been fired from every position he held so resulted to publishing his own website, please do NOT share his links, if you take a look at his site, he only gets few tweets and shares on FB, ignore the ignominious!

So today this man is reporting Mrs Jackson is responsible for leaking emails, the idiot of an attorney representing AEG actually thinks he can go into court and bully his way through this motion with LIES, this attorney is so dishonest he should be a used car dealer,,,, or may he is… hmmm

“Previously Friedman reported the siblings leaked the letter, at that i left a comment on the article which he removed, my comment was “Dude, R U on Propofol, HTF could Jackson siblings leak AEG emails, when it is part of a lawsuit Lloyds V AEG and MJ Estate!! Plz get a psychiatric evaluation!!”

So you see what we are saying, the emails are part of lawsuit Lloyds V AEG/MJEstate

so if anyone has leaked them its some one in AEG or John Branca office,

Some AEG supporters, basically Jackson Family haters were blaming the Jackson Siblings for the leaked AEG emails, and now they are blaming Mrs Jackson! Basically the judge ruled in January Lloyd.s of London can begin to collect information regarding their case against AEG, AEG did try and stop this, as they didn’t want Mrs Jackson’s attorney getting hold of damning information which would make her case against AEG stronger!! There is no connection to these emails and any member of the Jackson family,, Its sad these so called MJFans learned nothing from Micheal,,, They would rather go by what Friedman prints then the TRUTH,, Anyone who relies on Friedman as credible source is a FAKE!!! http://wavenewspapers.com/arts_and_entertainment/article_cbe518c3-d411-50d4-bd61-f528b1980c3c.html

Also see whats been happening in that lawsuit, we have Howard Weitzman who is supposed to be Estate attorney being paid big buck from Michael bank roll, saying he represents AEG,, hmm CONFLICT OF INTEREST!!! See what a pain in the behind AEG has been in this case, now saying they want to withdraw their claim for insurance from Lloyds, AEG have met their match, well, AEG have met someone who are HONEST, and will not put up with their Baloney, so they are running scared, its a lot to take in, please take the time to read, a lot of important docs attached here…….

Exclusive: as I told you it would happen AEG Live has filed two motions in Los Angeles Superior Court against the family of Michael Jackson. The motions are a response to the leaking of emails in the Jackson family’s wrongful death suit against AEG to the Los Angeles Times. AEG wants monetary sanctions and they want to make sure everything concerning Michael Jackson’s health and other personal information is sealed.

There had been a protective order prior to this, blocking any release of information that AEG had turned over to the Jackson side during the case. Now that that’s been violated, AEG wants the court to fine the Jacksons at least $50,000 and to investigate how it happened. They also want everything sealed including testimony from Kenny Ortega, producer of the “This Is It” concerts. The court date for hearing both motions is October 24th.

On Sunday, September 2, 2012, the Los Angeles Times published a misleading and inaccurate article about AEG’s supposed role in Michael Jackson’s life and death. This article was based on an incomplete set of highly confidential documents leaked to the press despite the fact that a court had ordered that they not be disclosed. As such, the documents were taken horrendously out of context and were calculated to be as damaging to AEG and as misleading as possible.

This is from AEG:

AEG was asked to comment on the article and to provide documents in its defense that would tell a different and more complete story. AEG, however, was unwilling to violate the court’s order in its defense. Many of the documents and other sources that support AEG’s position had also been designated as confidential by third-party witnesses in Katherine Jackson’s lawsuit against AEG. These witnesses trusted that their materials had been provided in confidence, that their confidentiality would be respected, and that only the court could order the materials’ release. AEG could not and would not violate those witnesses’ rights by turning their documents over to the press without their permission.

The story also acknowledges, albeit obliquely, that even after Michael Jackson appeared ill on June 19, 2012, both Dr. Murray and Michael Jackson himself repeatedly insisted that Michael Jackson was fine, healthy, and eager to perform the concerts. And again, as the story acknowledges and the film This Is It demonstrated, Michael Jackson backed up that claim by performing brilliantly at the next two rehearsals. AEG could not, and did not, cancel its agreement with Mr. Jackson, a respected performing artist who insisted he was ready and willing to perform, simply because he’d been ill one night.

Given all this, one might wonder why Mrs. Jackson or her counsel would choose to leak these documents. After all, their publication hurts her son’s memory and her grandchildren more than anyone else. Unfortunately, the reason plaintiffs chose this course is transparent—plaintiffs know they cannot win on the law and are losing control over the case. After months of discovery, plaintiffs now know what we have known all along – there is nothing to support their claims. Defendants did not hire Dr. Murray nor were they responsible for the death of Michael Jackson. In the meantime, we’ve all watched the press as the Jackson family has made ever-more-wild accusations against everyone involved in Michael Jackson’s life— except themselves.

We look forward to telling the full, complete and accurate account of what actually happened, when the materials that were unlawfully leaked to the press can be put in context and the full story can legally be told. Until that time, defendants will continue to abide by their ethical obligations and the orders of the court.”

The lawyers for AEGLive, the company being sued by Michael Jackson’s family for his alleged wrongful death, are fuming. I am told they may ask the court for sanctions against the Jackson family and their attorneys as early as Tuesday over emails that were leaked to the Los Angeles Times last week. The emails, which the Times published, were sealed as part of the wrongful death suit as evidence. The court case won’t be heard until next year.

But my sources say that the Jacksons, desperate for money after their failed attempt to snatch Katherine Jackson this summer, are looking for sympathy in the court of public opinion. I’m told they selectively pulled a few emails from hundreds and turned them over to the Los Angeles Times in an effort to make AEGLive look guilty of somehow forcing Michael to perform 50 concerts in London.

The truth when the totality of the emails is uncovered in court will be quite different. Michael Jackson was in deep debt when AEG first proposed he do 10 shows at the O2 Arena. That was in the fall of 2008. Jackson waffled. But eventually he was persuaded to agree simply because he had no choice. In practical terms, he was broke. AEG offered him an easy way to make some decent money and get back on his feet.

One thing is true: on the way to the O2 Arena announcement in March 2009, Jackson freaked out. He got ripping drunk. The result can be seen in the video of the announcement. Michael is grinning from ear to ear, laughing, and has no idea what to say other than “This is it.” On the way to the announcement from London, he was petrified. He was very late arriving at the Arena, as well, making everyone wait.

What the LA Times has discounted is the documentary, “This Is It.” For as much as Michael was petulant, stubborn, lazy, scared, etc, he was also a perfectionist with certain specific abilities. The latter are seen in the film at the rehearsals that he did show up for. And no one at AEG Live was trying to kill him, or overwork him to the point of exhaustion. AEG wanted Michael to succeed. They let him handpick everyone from Dr. Conrad Murray to his chef to trainers etc.

Let’s not forget: on May 5th, 2009 Kevin Spacey’s former manager Joanne Horowitz ran into Michael at Dr. Arnold Klein’s office. Michael was in great shape and looking forward to the tour. (Link follows.) Jackson’s mental and physical status changed on a daily basis as the London shows loomed. Like any performer, there were days when he was excited and others when he was apprehensive.