Why is “AEG for Sale” Inside source reveals…

The family of the child is suing Staples owners and operators, AEG and LA Arena Company and their architectural firm on the Tangs’ behalf.

You may have seen recent news about AEG selling of some of its subsidiaries.

We at TeamMichaelJackson have been making some inquiries, and through

“Inside source, told us that AEG has a big financial problem in connection with  the Four Seasons Hotel and Condos that AEG built in expectation of a football team coming to LA” i guess Karma really is a B*t*h! we will report more as things unfold.

sign for the owner of the Staples Center arena, the NHL’s Los Angeles Kings, Major League Soccer’s LA Galaxy and a stake in the LA Lakers would be a major shock to the city’s sports, entertainment and business establishment at any time.

But when Denver-based Anschutz Co. said Tuesday that it was “commencing a process” to sell subsidiary Anschutz Entertainment Group, the announcement left especially big questions about AEG’s central role in courting the NFL’s return to Los Angeles with Farmers Field, a planned downtown stadium going through late-round approvals with the city.

Mayor Antonio Villaraigosa was not so shocked, saying he had long known about the possible sale even as he publicly pushed for the building of the stadium. He insisted it would not derail the city as it pulls closer to the return of the NFL since the 1994 departure of the Rams and Raiders.

L.A. officials react to news of AEG being put up for sale

AEG, the company that owns the Staples Center and the Los Angeles Kings, is being put up for sale, sparking what could be a billion-dollar bidding war that Los Angeles officials say won’t affect plans to draw an NFL team to the city.

“I have worked with both Phil Anschutz and Tim Leiweke for years to bring a football team to Los Angeles,” said Los Angeles Mayor Antonio Villaraigosa. “I speak to both of them on a regular basis and I have known about this potential sale for some time. I have the commitment from both of them that this won’t affect plans for an NFL team to return to Los Angeles in the near future and so will not affect my support for moving ahead with Farmers Field and the convention center site.”

Councilwoman Jan Perry, whose district includes L.A. Live and the proposed NFL stadium, said taxpayer interests would be “well-protected” in the event of a sale. READ MORE… http://www.latimes.com/business/money/la-fi-mo-la-officials-react-to-news-of-aeg-being-put-up-for-sale-20120918,0,4516139.story

Sale may be a bolt from NFL blues

Right now it’s just an experienced hunch, the NFL‘s version of two plus two equals the return of the Chargers to Los Angeles next March in partnership with the new owner of AEG. 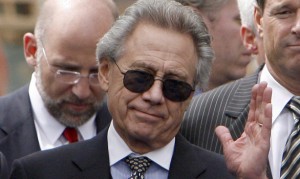 And with the mention now of Patrick Soon-Shiong, the richest man in Los Angeles, as a potential AEG owner, which would give the NFL a local presence, it really does add up.

Knowing NFL Commissioner Roger Goodell as I do and how he has brokered deals in the past, I would not be surprised if he has already met and given his full blessings to Soon-Shiong.

Our Bill Shaikin passed along the following statement from Soon-Shiong’s rep: “Dr. Patrick Soon-Shiong is keenly aware that AEG is in play,” the statement read. “We have the utmost respect for Phil and Tim and what they have accomplished in entertainment and sports and in revitalizing the downtown community.

“We clearly are interested in furthering this legacy for Los Angeles.”

If so, this makes this mega AEG sale all about football and the construction of a new stadium in downtown Los Angeles.

Philip Anschutz, the Denver recluse, has never really had an interest in football here. Or spending much time here. READ MORE.. http://www.latimes.com/sports/football/nfl/la-sp-0919-simers-aeg-nfl-20120919,0,1262369.column

AEG, owner of the Kings and Staples Center, is up for sale 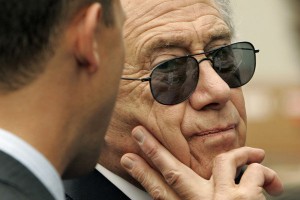 The entertainment Goliath behind Staples Center and the Los Angeles Kings has been put up for sale, a move that could reshape the face of sports ownership in Southern California.

The Anschutz Co., run by Denver billionaire Philip Anschutz, announced late Tuesday that it is seeking a buyer for its AEG subsidiary. The sprawling entity owns and manages a wide range of sports and entertainment properties, including the L.A. Live complex, the LA Galaxy professional soccer team, and a worldwide concert-promotion business.

AEG, which also has a minority stake in the Lakers, has been negotiating to build a football stadium in downtown Los Angeles in the hopes of luring a professional team from another city. Those plans are expected to proceed.

A sale of AEG would mark one of the biggest sports and entertainment deals on record.

It would follow another recent blockbuster transaction in Southern California, the $2-billion purchase of the Los Angeles Dodgers baseball team by Guggenheim Baseball Management. The Dodgers sold for a world record price, a sum that would probably be eclipsed by AEG’s Los Angeles properties alone.

“This will be a massive deal,” said Marc Ganis of Sportscorp. Ltd., a Chicago sports consulting firm. “Arguably it’ll be the biggest sport-based transaction in history.”

The process is in an early stage and no bidders have been identified, said Anschutz Co. President Cannon Harvey. His company is being advised by the Blackstone Group, the New York investment bank that represented Frank McCourt in his sale of the Dodgers to Guggenheim. READ  MORE… http://www.latimes.com/business/la-fi-anschutz-aeg-20120919,0,7561874.story