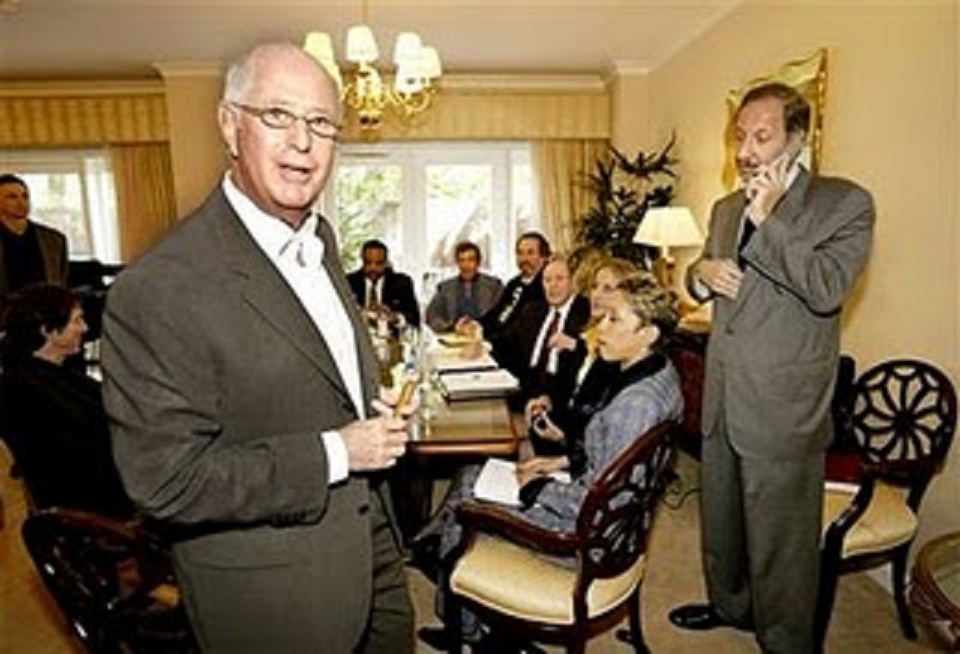 On June 26, we left off with this blog entry, outlining the lawsuits surrounding Michael and the Ayscough and Marar Law firm. Reference

Some really funny things have happened since then. Yesterday, I was away on personal business most of the day. Ironic that things really seem to “pop” on those days and several things came to my attention. But for now we will stay focused on this topic.

There are many blogs out there writing different things about Michael Jackson or the issues surrounding him and his murder. Some blogs popping up rather recently have taken a defense behind the lines of John Branca and Al Malnik of all people with some very convincing resources like the New York Times.

In investigating these links one thing seemed common on the couple of resources that listed John Branca has having been Michael’s attorney between 2003 and 2006. One was a piece written in the New York Times, another a defunct link to the L.A. Times was used as a source, and as another a Roger Friedman, gossip columnist was “relied upon” as a trusted source. In each of the two newspapers I checked out, the NYT link said Branca could not be reached in an Nov. 2003 article, only months after Branca was fired. This was probably because Branca could not speak for Michael, because Branca was not his lawyer at this time. Any blog lauding the “saving” of Michael Jackson by Al Malnik is suspect to MOST sensible Michael Jackson fans. No one from Michael’s camp at the time is or can be quoted as Branca still being his manager. Misinformation passed on to other journalists (as usual)appears a a few columns.

This same blog also lists a falsified copy of court testimony in which supposedly attorney LeGrand is questioned by Tom Mesereau about the investigations done into the people surrounding Michael at the 2005 trial, and LeGrand exhonerates Branca while implicating Wiezner and Konitzer. The real court document found at this source says something quite different. Source

Branca and Mottola are mentioned in this one which falls along the lines of what Michael had mentioned in quite a few public statements available on Youtube and also from Michael’s own family members. I would think that Michael and his own brothers would know best who was after Michael to destroy him than some anonymous, Sony-slanted blogger. The court testimony will tell you that Branca most certainly was NOT employed by Michael Jackson during 2004 and 2005.

I thought the campaign trying to discredit both news sources and bloggers and fans alike very interesting and the propaganda seems to be increasing. This could be why: Sony is losing billions. Could it be the death of Michael Jackson wasn’t the winfall they had planned? Source

Other documents I have noticed are either from one gossip columnist (a hired hand?), PDF documents converted from convincingly recreated word documents citing links that no longer can be accessed or don’t exist, and sources linked to John Branca documents.

And for one particular blog to extol the virtues of a mob connected conspirer of Michael’s, all one has to do is read about Al Malnik himself to confirm what kind of person he is. Here is a good background on Malnik and his ilk. Source Take a look at Michael’s face during his stay with Malnik. Some very interesting expressions on Michael’s face, don’t you think? Yes, he looked real happy . . . for a rape victim. 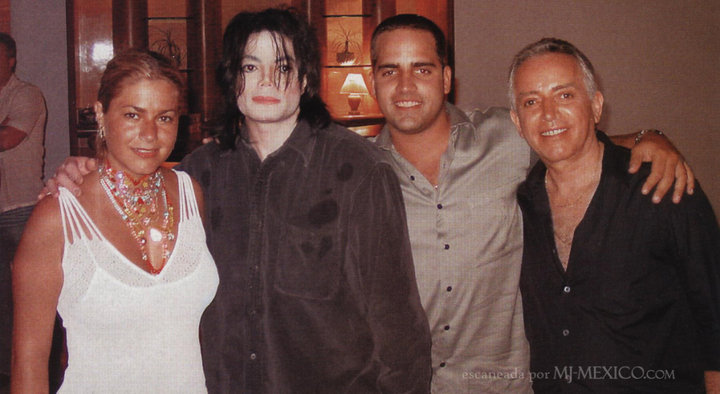 Pretty “inside” photo wouldn’t you say? The caption under this picture is “Michael’s Team”. I recognize John Branca sitting obscured on the left side facing and Mark Garagos standing, talking on the phone. There are a whole bunch of people in this room. There is one thing missing in “Michael’s Team” . . . Michael himself. This looks more like a meeting of those conspiring to force Michael into involuntary bankruptcy.

The reason Raymone Bain never mentioned John Branca in any of her press releases is because John Branca was not employed by Michael at that time. There is no press release by Michael of ever hiring John Branca back . . . none. Only one errant NYT article mistakenly trying to contact John Branca for info on Michael during the trial. Another news source calls John Michael’s “previous” lawyer. Source

A good article on John Branca is here ,

A site listing Michael’s lawyers (top ten, notice Peter Lopez, one of the last hired, is on this list). Source where it says further down:

“There is also a $25 million lien against it held by Fortress Investments, created so Jackson could buy out his former attorney, John Branca, from a five percent interest in Sony/ATV Music Publishing.”

“I want to discuss the refinancing of Michael’s loans in 2005, which helps us to understand and transition into 2006. “Jackson, who was then awaiting trial on criminal child molestation charges, authorized his advisors to negotiate a solution that would have erased his debts and provided him with income of about $10 million a year…As part of the agreement, Sony Corp.” . . .

Then said three more paragraphs down:

“Reports state that Branca was making in the vicinity of $20 million from the proceeds of his 5% (some state 2.5%) of the ATV”

Maybe Michael balked at the deal because John was not his attorney, and because Branca’s stated $20 million a year proceeds from only 5% share of that same catalog would obviously pale in comparison to the income Michael made on his 50% share. Does it make sense then for this blogger to try to tell us what a great deal Michael would have had on a paltry ten million a year from selling Sony half his share? I think not. I would link to the blog pontificating on these fallacies but I really do not want to bring any more attention to it. This shows Michael knew what they were trying to do to him, he knew how to make a business decision and he was not fooled by the offer.

This link below shows a search on Michael Jackson firing John Branca in 2003. Absolutely no proof that he was ever hired back. Source

Timeline shows absolutely NO proof Branca was ever hired back. Search through years 2004, 2005 and 2006. Only in 2009, in June, does it show any mention of Michael “meeting” with Branca and this is a decidedly generic source, reporting on what was in the news and on press releases.

This link goes to a Friedman article in Fox News describing the debacle over returning Michael’s passport after the trial so he could leave the country. No mention of Branca, who should have been helping him in all this turmoil, IF he was working for him or cared about him.

Transcripts of Interview with Katherine Jackson on the Today Show with Rita Cosby (the nice lady who tried to misquote Michael after interviewing him briefly after the Al Sharpton Press Conference where Michael blasted Mottola). No mention of Branca and you know, for someone who was supposedly working for Michael from the latter part of 2003 through mid 2006 (leaving of his own accord), just where was he during five months of the biggest and most excruciating trial of Michael’s life? Where were you John? Bet you and Mottola had a hard time picking each other’s jaws up off the bar when those verdicts came down mid-toast.

This Friedman article also makes no mention of Branca while Michael is trying to get his passport back from sexual harasser to the pop stars, Tom Sneddon.

Just take a look at everything in this link. There are many Roger Friedman articles in here over the course of the trial and not one of them mentions John Branca being Michael’s lawyer. Not one.
Source Trial quotes: Quotes from trial. Bain is quoted quite a few times in articles but no mention of John Branca. Bain herself does not even mention John Branca.

Larry King Live Transcripts of Interview with Tom Mesereau. This was interesting for two reasons . . . One Raymone was working with Tom on Michael’s case according to Tom M. and two because he revealed that Sneddon and “wined and dined” Debbie Rowe to “get her to say what they wanted her to say” but Debbie Rowe defended Michael on the stand.

An interesting discussion was sent to me in regard to the conspiracy on this source:

In another Roger Friedman article on Fox News, he comments on the firing of Raymone Bain and Randy Jackson being relieved of financial duties. He also speculates on who would next represent Michael, sarcastically suggesting as one of the possibilities “Bubbles the Chimp”. Source That doesn’t sound like someone who thinks Branca still represents Michael.

This information is for you to decide. Just know that there are people out there PAID to put this misinformation out there. They don’t even have to be convincing. They just have to divide and conquer. The truth is there. Discern documents carefully. Anyone can make a PDF file.

Also consider that those trying to discredit these blogs, namely myself and MJJ-777.com are the ones trying to sell books, not us. I have no monetary connection to Michael and I am not and do not plan or writing a book. My blog is free.

This just goes to show you just how important it is for Sony to save their reputation and win the P.R. war after contributing to Michael’s misery and death. There are billions at stake. Branca and co. have much to hide. So does Judge Melville.

Remember . . . Michael’s own family wanted the executors challenged. They have been legally bullied by the very money those executors control. Judge Melville appointed an attorney who represented Branca against Katherine (Howard Weitzman) and who is being investigated for raping the Cobain estate, as a co-executor for the children against Katherine.

These are the people we were dealing with. Don’t let yourself be moved. They are still just people. They lie and they have a BIG motive to lie.

Keep looking through and you will find the truth.

THE FOLLOWING WAS TAKEN FROM BONNIE COX