Was Michael Jackson’s Will a Setup? 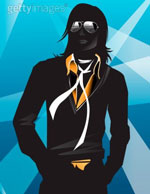 Michael Jackson’s will probably wasn’t drafted well. Look, the attorneys are charging big bucks, and the family is already in court even though a family trust was in place. All we know at this point is that his mother is named by the will as primary guardian and Diana Ross as secondary guardian. In 2002, Jackson made a will that named his attorney John Branca, whom he fired in 2006(Correction fired in 2003 for Embezzlement)(After investigation), and John McClain, an old friend, as his executors. Rumor has it that the will gives pieces of his estate to his mother, his children, and charities, but he also has a family trust, and that may take priority. It is also rumored that the will dumps everything into his family trust. There are some obvious problems with the will and the way his estate was planned.

Although you are not in the financial position Jackson was, you don’t need to make the same mistakes he has apparently made. First, avoid the mistake of letting your attorney be executor of your estate. Although your lawyer may be your trusted consultant, do not appoint him as your executor. The attorney who drafts the will should not appoint himself as executor? It’s nearly malpractice. Funny things start to happen with no contest. Why did it take so long for the attorney to come forth with Jackson’s will? Jackson’s mother’s lawyer, Burt Levitch is noticeably aggravated that he started a proceeding for custody of the children on behalf of Katherine Jackson, and then a will appeared. Of course Mr. Branca knew he possessed the will. A lawyer doesn’t draw up a will for the likes of Michael Jackson and put it in the files and forget about it.

The second mistake to avoid is the guardian problem. Michael Jackson’s will did not have stipulations placed on the guardians he appointed. The will simply states that his mother is first choice as guardian, and Diana Ross is second choice. The lawyer, Mr. Branca, should have made the will so that Jackson’s mother was his first choice provided she had good health or provided that she was under a certain age. Provisions controlling Diana Ross’ appointment could also have been outlined if the will dropped to the second choice of guardian. For example, Diana Ross is to be guardian provided she raises the children in Neverland, or provided she raises the children in a certain religion, or sends them to a specific school, or keeps them out of the public eye. There is unlimited potential for these statements. When you draft your will, don’t get carried away with the possibilities, but choose the provisos that are really important.

I explain the possibilities to help you pick the best provisions in my book,  Guaranteed Millionaire.

As a final point, you can basically never totally remove a child’s biological mother from the picture, and that is true in the case of Michael Jackson. The biological mother of Michael Jackson’s first two children is Debbie Rowe, and a surrogate mother bore his third child, Prince Michael II (Blanket). Without a doubt, as an element of the surrogacy contract, the surrogate mother gave up all of her rights to the third child. However, it is almost impossible to remove a biological mother from the picture if she wants to be involved. Michael Jackson and Debbie Rowe divorced in 1999, and later they agreed to custody terms for their children. Michael and Debbie’s custody agreement is secret; the terms of their divorce were not released. Since 2006, Michael Jackson has had custody of the children. Not having custody does not remove Debbie’s rights to her children.

Debbie could obtain custody of her biological children and possibly Prince Michael II if she tries to press her parental rights in court, but it is questionable whether she will try.

If you have an unsuitable ex-spouse who might want to get custody over your children, and you don’t want that ex-spouse to get such an appointment, you need to draft your will’s guardianship terms very cautiously. Your ex-spouse has an excellent chance of being awarded custody of the biological children by the court, despite the fact that you name other guardians in your will. When an ex-spouse is truly not fit to be your children’s guardian, you must educate the judge so that he can make the best decision. Your will should include that education. Discreetly justify in your will the reasons why you think the ex-spouse would not be a fit guardian. Being vindictive won’t win your case. “Just stick to the facts,” as Joe Friday used to say on Dragnet.

My next article will address other possible problems that might arise in Michael Jackson’s will, but the courts are most interested in the issue of the children’s guardian right now.

Lee R. Phillips is an asset protection lawyer and author of 19 books, including a Time Warner Book-of-the-Month Club. Guaranteed Millionaire is his latest book.