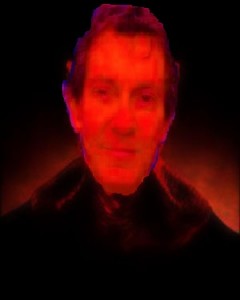 *My comments are in italics and parenthesis* Breaking it all down for you, in bullet points.

A few reasons why the validity of Michael’s Will is in question:

**Michael was in New York during the weekend when the Will was supposed to be signed in Los Angeles. Michael cannot be in two places at one time.

**Reverend Sharpton has confirmed Michael was in New York with him, on his MSNBC talk show Politics Nation with video proof dated July 7th 2002; this is the same day the Will was supposedly signed in LA.

** The names of Michael’s children are spelt wrong in the Will; he loved his children and took pride in them and the names he gave them.  Michael would not sign a document as important as a Will with such an error.

** Michael’s own name was spelt wrong on this document, his name is Michael Joe Jackson not Michael Joseph Jackson. Michael would not sign a document that bared his own name wrong.

** The Trust has not been updated with the names of Michael’s children yet the document was supposedly created in March of 2003. Michael’s eldest son Prince was born in 1997, his daughter Paris was born in 1998 and his last child Blanket was born in February of 2002.John Branca John McClain and Barry Siegel was fired in 2003

**Michael sent termination letters to, John Branca John McClain and Barry Siegel dated February 3 2003. Barry Siegel was the only one whom respected Michael’s wishes and resigned.

**When Branca was fired he was asked to furnish over all ORIGINAL documents pertaining to the business and personal matters of Michael, therefore a purported Will should not have been in his possession.

** In review of the documents received by Michael’s new management and legal team there was no Will amongst the documents.

**John Branca was fired in 2003 based on an investigation done by Interfor of New York. The Report dated April 15th 2003 found that John Branca along with Tommy Mottola where embezzling money from Michael and sending that money to off shore accounts in the Caribbean.

Conflicts of Interest between John Branca and Michael’s estate:

** Branca and his firm have engaged in thousands of licensing agreements with the public, on behalf of Michael for his personal music and songs and on behalf of Sony/ATV of which he owns half.

**Branca took 5% of all Michael’s businesses and performance income along with another 5% of Michael’s Sony/ATV royalties. It is a conflict of interest to take stake in that which you represent. Branca represented both Sony and Michael.

** In 2006 Branca sold Michael back his 5% stake of Michael’s share of Sony/ATV for 15 million dollars. It is unethical and extortive to sell a piece of your former client back to your client. Branca was never supposed to take 5% of Sony/ATV nor 5% of Michael’s other businesses and performance income as Michael’s representative.

**Also in 2006 Branca was removed from Michael’s life and business once again. His brief return was to steal 15 million dollars from Michael as 5% of the multi-billion dollar Sony/ATV is worth more than 15 million.

** Branca had admitted publicly that he and Michael’s business concluded in 2006.

**These conflicts of interest were in affect before the issue of the Will; John Branca has a long history of defrauding and stealing from Michael.

Conflicts of Interest between John McClain and Michael’s estate:

** John McClain was a trustee of MJ Publishing Trust which contains Michael’s personal publishing company MiJac, which owns all of Michael’s own music. MiJac is an asset of Michael’s estate.

** John McClain has production credits on many of Michael’s song. To go into business on behalf of this music is a conflict of interest as he has a stake in said music.

**These conflicts of interest were in affect before the issue of the Will; John McClain has a long history of defrauding and stealing from Michael.

** John McClain receives an executor’s fee, which has been increased since 2009. McClain receives 10% of all estate deals and business as well as producer’s royalties on Michael’s music. The estate has gone into a 250 million dollar-10 album recording contract with Sony. John McClain is charging the estate for studio time at a recording studio he owns, as well a producer’s fee for piecing these albums together.

** Branca admits that he was recently terminated by Michael.

**Branca’s admittance that he was recently fired coincides with Michael’s letter terminating him in February of 2003.

**On February 5th 2003 a letter was resent from Branca’s office for Michael’s signature on a release for the song “I’ll Be There” to be used by JC Penny. The original date of the letter is July 3rd 2002.  The letter states that although Michael agreed to the use of the song they have yet to receive his signature.

(It has been 7months since the last letter and Michael had not signed therefore any use of this song up to this point is not valid. There is no documentation that he has signed since the reference letter has been sent)

(It has been 13months since the last letter and Michael had not signed therefore any use of this song up to this point is not valid. There is no documentation that he has signed since the reference letter has been sent)

**The firm as they refer to themselves in legal documents gets 5% gross of monies received by Mike or any of his entities from:

_5% will be received from the sale of any entities and/or assets.

**Monies from tours will be recouped minus production fees mike is on the line for.

** A separate 5% is also received from MiJac

**The firm billed Michael outside of the 5% for travel, faxes, Messengers photocopies and long distance calls…

**The 5% gross received from Michael’s business and personal transactions, does not include things that the firm is not “customary” to doing (but wait aren’t they a law firm) the firm will bill Michael extra for:

(Why aren’t of the aforementioned considered customary of a law firm? Doesn’t Michael’s trademarks coincide with his music, commercials, endorsements merchandising and the like that the firm receives a 5% gross from. Why are Branca and his firm charging extra for a service that they already make a profit from?)

**In 1993 Mike was being extorted from the Chandlers it appears when he is the most vulnerable all these financial agreements get renegotiated.

**In 1998 the firm went into a renegotiation loan agreement between MJ Publishing Trust (MiJac) and Bank of America. They waived the 5% legal fees for this transaction to collect at a later date when the loan money came.

**On the 5% waived there would be interest due the rate of Bank of America loan.

**Branca’s and his firm get 5% for legal services and 5% investment in all things Michael.

In this document from 2006 marked with the coding d438-d444, there are 2 main pages and the rest are signature pages.

**Page 24- April 2006, a letter was sent to Michael at Neverland regarding the renegotiation of Michael’s Sony Music agreement to be and to help in a contemplation of a new loan agreement with Fortress Investments in the amount of $300 million.

**This agreement would be between New Horizon Trust whose beneficial owners are MJ Publishing Trust and MJ ATV Publishing trust.

**On this agreement there is no signature from Branca or the firm. Irrevocable means that they could never again enter an agreement of the above nature.

**Page 25 Paragraph 3- The firm releases its rights in Michael’s business and acknowledges Sony’s rights in them.

_ in the event of foreclosure or liquidation Sony has the right to 1st refusal and last offer.

_The firm will not go against Sony and claim rights based on their 5%.

(Branca sold his 5% for $15 million to Michael the reason…In order for Michael to renegotiate his agreement with Sony and possibly get a loan from Fortress Investments for $300million…Branca and his firm had to step out as these agreements would not be able to go forth without the approval of John Branca and his firm as they have 5% in everything Michael and would be beneficiaries to any sales or liquidations of his assets. This was extortion on behalf of John Branca, he would hold up the renegotiations plus the possible loan if he didn’t get the $15million.)

**Branca was fired in 2003; however he and his firm still collected 5% of Michael until 2006. This proven by the documents on pages 24 – 30 where the agreement is finally written and explained that John Branca nor his firm will no longer receive 5% based on the $ 15 million dollar settlement dated April of 2006

**Neither John Branca nor his firm signed the agreement revoking their rights to 5% of Michael; there is no signature from either party.

**Letter from John Branca addressed to EMI Music Publishing, EMI April Music and EMI Blackwood Music, requesting 5% from all monies due to Michael.

(They were taking shares of Michael like a stock on the exchange and due to the fact that Branca put the deals together this is not only conflicts of interest but this is insider trading.)

**As of 1994 aside from the 5% received for general counsel, that does not include the 5% received from Michael’s personal and professional income. The firm and John Branca will receive $750,000 per year

**The firm and John Branca will manage and coordinate Michael’s other business advisors and other lawyer.

** This is a conflict of interest as Branca already had 5% of ATV before the merger that he facilitated on both sides.

**Conflicts of Interest Waiver signed in regards to the acquisition of the Leiber and Stoller catalog for Sony/ATV.

**Branca will work for the Sony and their interest in Sony/ATV.

**Branca worked for Michael and his interest in Sony/ATV

**It was not until Branca sent his personal lawyer after Michael that he signed the Conflicts of Interest Waiver. Obviously he did not agree to the terms beforehand.

**Pages 61-69 are a personal case summary of Branca and his wife against Iberia Airlines. It proves that Martin Singer is Branca’s personal attorney as he represented him during these proceedings.