MICHAEL WARNED US ABOUT MUSIC INDUSTRY

Posted on November 9, 2012 at 9:46 am by teammichael
SONY/ATV/ EMI DEAL TIGHTENS NOOSE ON ARTISTS’ ROYALTIES 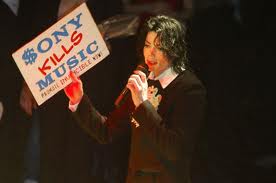 “…It is very sad to see that these artists, really, are penniless, they created so much joy in the world. And the system, and the record companies totally took advantage of them…. I am tired. I am really, really tired of the manipulation.”This video was recorded by someone in the audience, the famous MJ speech against Sony in New York. It has been unlawfully removed by “Web Sheriff” for copyrights on behalf of John Branca/Sony. You can find many copies on YT, just not on our account due to continued harassment from the estate towards TeamMichaelJackson.com and its founder.

The Hook: Sony/ATV pulling its digital performance rights from ASCAP and BMI

Steve Gordon
Author and attorney, Steve Gordon Law
If Apple wants to launch its much anticipated new streaming music service in the U.S., it will have to negotiate directly with Sony/ATV for public performance rights. While songwriters may continue to receive royalties from the U.S. performing rights organizations (“PROs”) ASCAP, BMI and SESAC, it’s likely they will see much less money than they have in the past. Until recently, the PROs offered “blanket licenses” covering all the songs in their repertoires on behalf of almost all music publishers, including all the majors. Sony/ATV’s plan to license its music directly to Apple dramatically changes that practice, with severely negative repercussions for songwriters.

Here’s why: Firstly, Songwriters signed to Sony/ATV and EMI Music Publishing (Sony recently gained control of all of EMI Publishing) will probably never see a dime from the monies that Sony/ATV receives from Apple. Most publishing contracts have clauses that (i) if a publisher receives an advance for the public performance rights in its catalogue it does not have to share any part of that advance with individual writers, and (ii) if a PRO collects public performance royalties on behalf of a songwriter, the publisher does not have to pay public performance royalties to those songwriters.

Secondly, although songwriters will continue to receive monies from Apple’s new service from the PROs, Apple and other digital services are likely to demand that the PROs reduce their rates. That’s because the PROs’ blanket licenses will no longer include Sony/ATV’s huge catalogue, which is about one-third of all popular music. Sony’s direct deal with DMX, a digital background music service, for example, resulted in a dramatic reduction of ASCAP’s per location rate from US$49.50 to US$13.74 resulting in a severely reduced pay-out to all its writers.

Julian Hewitt
Artist and Senior Lawyer, Media Arts Lawyers
The move makes strategic sense for Sony/ATV, but is definitely a flex of their large market power. All new digital music services will have to negotiate directly with Sony/ATV for performance licensing of its catalogue of songs – and because of the size of their catalogue you can’t launch a credible product without them. Any existing services already in the market will need to go back and get a new license from Sony/ATV whenever their existing services licenses with ASCAP and/or BMI expire.

This means Sony/ATV can potentially hold digital services to ransom, and get far stronger terms than an ASCAP/ BMI licensee. They are not pulling out of SESAC, because digital services cannot get compulsory licenses from SESAC. There is some upside, being that composers may start to see a larger income share from these services — they are presently earning a tiny fraction of master recording licensees — but the problem is that whilst all of the major publishers are tipped to follow suit they will be able to achieve far better rates than the smaller publishers who simply don’t have the leverage to get direct deals. Like with the Universal/EMI deal on the recording side of the business, having a few companies with concentrated market share ultimately results in a lot of smaller competitors being either locked out of the market — although that won’t be the effect of this particular move — or competing at a serious disadvantage.

Alex J. Ploegsma
GM/Director of Business Affairs, Robot of the Century Music Publishing
We’re only seeing the tip of the iceberg with this announcement as more rights holders–master and publishing–move to take control over the fees they are paid from digital and terrestrial radio services. This move isn’t really new; EMI revoked their April Music Catalog back in 2011, but is finally receiving more press now that it could have an impact on Apple’s release of its new digital radio app. However newsworthy the Apple connection is, this is not the beginning. The impact this change will have on all other digital radio services’ ability to evolve and, in some cases, survive will be very evident, very soon. Bear in mind, it was reported by Billboard that the master/publishing ration paid by Pandora was a whopping 12:1 as of last year. I don’t think it’s justified, so and I’m pretty certain many more publishers will soon follow Sony/ATV’s lead. Where does that leave us? Will rights holders continue to receive the same amount of compensation as the market grows or will higher rates cause digital radio providers to shutter and prevent any new ones from starting? My hope is that both sides go into the talks with a clear game plan and an understanding that there is a balance, which will benefit everyone – including music consumers. Is this a hopelessly optimistic wish? Possibly, but I have seen stranger things.

Justin Kalifowitz
President, Downtown Music Publishing & Co-Founder, Songtrust
Copyright laws and royalty collection processes in the United States differ from most other territories. Beyond having competition amongst the PROs, there’s no central mechanical licensing agent, such as AMCOS, covering 100% of the repertoire in the US. While HFA does offer mechanical licensing services to US publishers, member- ship is optional and many publishers choose to license mechanicals directly. In digital licensing, where there are a range of new and evolving rates and reporting structures, we are seeing publishers in the US evaluating their options. In certain cases, such as with Pandora, there are publishers who are frustrated with the rates that are paid to the PROs. With respect to services such as Spotify and YouTube, where there is both a performing and mechanical right, publishers are questioning the efficiency of these companies paying two different organisations for the same exploitation. Whatever the motivation, it’s still very early days for these new income streams. Over the long-term, I expect pro-active music publishers and PROs will continue to innovate and experiment with new licensing protocols that can deliver the most value to the songs and songwriters we are honoured to represent.

Basically Sony are attempting to take over from Itunes…….. 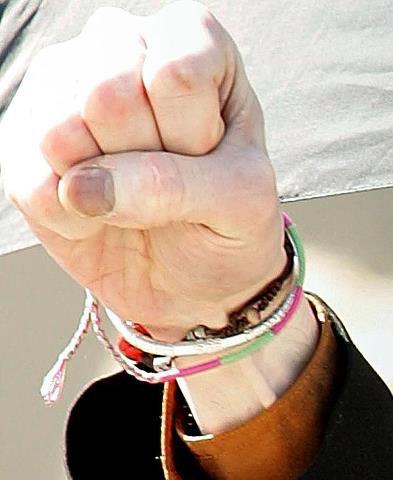