MICHAEL WARNED US ABOUT MUSIC INDUSTRY 2 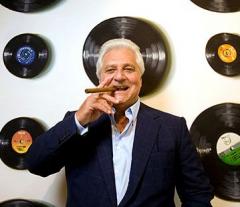 Bandier couldn't afford to purchase ATV yet reigning over it now!!

In previous blogs we’ve often said that Michael was used by the entertainment industry to be its battery and his record breaking sales has saved the industry that betrayed him, more times than anyone will ever be aware of, by generating billions of dollars for it..

Michael’s ATV merged with Sony Corp in 1995 to form Sony/ATV. As the 50% owner of Sony/ATV Michael had full veto rights and attended all board meetings. Michael and Sony had to agree on the use of music in commercials, movies, gaming digital media and by other artists.

As the protector of music, Michael never wanted it misused and abused. In 2002 he spoke about artists being exploited, robbed of their creativity and left broken and poor by record labels. He vowed to stop that, as it pained him to see so many of the greats and legends that he also admired fall victim to this fate. He did not want his legacy to turn out that way either and music publishing became a way to retain intellectual property which rightfully belonged to its creator in the first place.

Michael didn’t want any artists to become casualties of the machine. Music publishing under Michael’s rein was much more just, Michael had given some artists their publishing back, when Michael purchased them and said artists were no longer under the label’s control. Little Richard for instance, was given back his publishing rights by Michael. Little Richard has thanked Michael many times since and expressed great appreciation.

Sony, however, wanted to capitalize on the publishing rights they jointly owned to maximum gain. Michael turned down many multi-million dollar projects and would not let the music be overly exposed commercially; this of course didn’t make those at Sony happy at all. One of the main reasons that Sony purchased CBS was to be in control of the music provided by the bestselling artist in history. They knew this would make them billions of dollars annually and would fund their global endeavors….

Corporations are the ones whom control the media, affect the ebb and flow of our economic structure and have world governments and legal systems at their disposals. With a stronghold on a multi-billion dollar global enterprise, such ambitions were within grasp.

Digital media being so readily available, gave users the opportunity to take it anywhere, fans have chosen avenues like ITunes or Pandora to listen to and download their favorite artists. Singles are released nowadays on ITunes long before they hit the CD shelves at your local music store. As with all other mediums, where you hear music, ITunes and Pandora must rent music licenses from their owners.

ASCAP and BMI govern melodies and lyrical content; these agencies make sure artists and/or songwriters are paid for their work with monitoring all over the world.  They also negotiate royalty and digital stream rates for all of their members.  ASCAP and BMI work hand and hand with music labels and music publishing houses as well as indie artists and songwriters. In recent months Sony/ATV have decided to no longer have ASCAP or BMI handle their rights and monitoring for the digital use of their music catalog, effective January 2013. This presents an issue for ITunes, Pandora and other music download sites like them, because they purchase licenses to stream musical content from ASACAP and BMI.

With Sony/ATV being the number one music publisher in the world, owning more than 2 million songs, everyone who has ever recorded music has content owned by Sony/ATV.  ITunes now had to negotiate stream rates directly with Sony/ATV; they wanted to release a radio station built into the IPhone 5. Talks began with Sony/ATV Chairman Martin Bandier and came to a screeching halt shortly after talks began, because Sony/ATV wanted more per song per stream from Apple; which delayed the launch of the radio station.

Apple wasn’t used to negotiating directly with music publishers, again…all those who are members of ASCAP and BMI get represented by and their licenses are typically negotiated through them, being that they are the top two companies of its kind. Sony/ATV acquired EMI who had already pulled their catalogs digital representation from ASCAP and BMI, so Sony/ATV decided to follow suit, citing they can get higher rates for their artists. Where does this leave Pandora, ITunes and the like you may ask?  In a rather difficult situation, as Sony/ATV-EMI owns pretty much ALL of music. Digital companies will be lacking a great deal of music if they don’t come to terms with Sony/ATV. Sony/ATV can now silence all their competitors and monopolize digital media, having digital music companies at their mercy.

When Michael became indebted to Sony by collateralizing a portion of his share of Sony/ATV due to being deceptively advised to and those with power of attorney taking out fraudulent loans… Michael lost his decisive rights and was taken off the board of directors at Sony/ATV.

With Michael off the board, and apart of Sony/ATV in name only, the men in suits stepped in to take the company in the direction that was conducive to their goals. Sony needed Michael’s name, personal music publishing along with ATV and money to get the revenue and clout necessary to position itself for the music industry takeover.

Since Michael’s murder, his 50% stake has been restored, along with his decisive votes in the company that John Branca now controls. Others have tried to use Michael the same way, if you check out the Goldman Sachs proposal they too wanted to use Michael’s name, personal music, ATV and money as they were attempting to step into the music business and wanted to buy Famous Music EMI BMG Universal Music Group and possibly Warner Music Group.

Goldman Sachs wanted Michael to put up 100% of MiJac and his financial and board shares of Sony/ATV to generate capitol to buy the companies; this deal was presented in 2004. Sony would also be brought in on the deal and have to put up their financial and board shares in Sony/ATV in order to obtain the other companies and merge them with Sony/ATV.

Charles Koppelman was part of the Sachs proposal; Sachs wanted Mike to put Koppelman on the board of directors of the newly formed company that they’d create with Michael, Sony and themselves. There would be no fewer than 7 seats on the board and no more than 10. In order for Michael to receive 2 seats on the board, he’d have to give Koppelman one of the seats. Koppelman worked at CBS in the 70s as Vice President/National Director of A&R.  In 1975 he created an entertainment company with Martin Bandier and Bandier’s father-in- law Sam Lefrak.

In ’86 Koppelman Bandier and Stephen Swind formed SBK Entertainment World Inc. to buy 250,000 songs from CBS and became at the time the largest independent music publishing company in the world. In 1989 SBK was sold to EMI, as part of the deal Bandier and Koppelman partnered with EMI to form a label, SBK Records. Koppelman also became Chairman and CEO of EMI Music Publishing. Who put these deals together? You guessed it John Branca…. Koppelman was Michael’s former business manager and represented Goldman Sachs in addition to having his friend Jane Heller handling Michael’s personal accounts at Bank of America.

Branca and his firm are paid to coordinate all of Michael’s business managers and lawyers while they also represented him. Koppelman and Bandier was one of the many businessmen that bid for ATV in 1984 and lost when Michael purchased it from Robert Holmes a Court. John Branca admits that he had them back off the sale so that the deal could go forth with Michael as the sole owner purchased all in cash. All of this is continuous cycle of conflicts of interest. Branca who was just fired in February of ‘03 felt jilted that he would not be part of the Sachs deal and started to send letters to get the deal shut down, under the guise of looking out for Michael’s interests. Sony/ATV went on to purchase Famous Music and later EMI while Sony Music Group merged to become Sony/BMG and then later bought BMG’s 50% stake returning its name back to Sony Music Group. To date we see that all parties have worked cohesively with one another and merged all of their assets becoming ONE corporation against Michael and the world of entertainment.

The true agenda of the men who ran and later took Michael’s life is being revealed by each passing moment. All the dots are connecting and pieces coming together with the signs everywhere.

Comedy has a way of softening the blow of the shocking truth. Have you ever checked out the little guys from South Park and the subject matter they get in to? The writers of that show are spot on. Comedians have an amazing outlook on the world and the more insightful and intelligent they are… the funnier they are. A recent skit on Saturday Night Live (SNL) which aired October 2012, staring Bruno Mars called Pandora addresses artist exploitation and how Michael was used to power and save music. Mars played an intern who worked at Pandora an internet radio station that had a channel for each artist. In order to keep Pandora afloat each channel had to be fully operational. When channel content began to collapse, Bruno Maras was forced to sing as the artist of the channel in trouble and this all was to save Pandora which is symbolic of the music industry. Bruno sings the songs of Green Day and Justin Bieber….Katy Perry and Louie Armstrong. Then the station attendant says “Oh noooo the Michael Jackson channel just went down”.  Mind you, the lights at the station are dim through all of this and the power of Pandora is low. So Bruno Mars says that he needs a Michael Jackson glove to sing the songs. The station director then says, “Who has a Michael Jackson glove” and all the station attendants pulled out a glove. So Bruno starts to sing Mike’s songs and then an attendant says, you did it we’re back on line, they cheer and the power returns to Pandora and the generator starts going and the lights are on and bright again in the station. Then the director looks to the side, Bruno Mars is dead after he saves music and the director says at least he didn’t die for nothing.  https://www.youtube.com/watch?v=_GMDJAgmECY

The coup against Michael and the true motives of those involved are becoming more and more transparent. Bandier is chairman of Sony/ATV-EMI and Branca controls it all. Stay focused, keep your eyes open and Love in your hearts, for we are getting closer to obtaining the truth which will lead to justice for Michael in our lifetime. They never thought we would get this far, together we will get even farther.  Love works through and guides us….

How much “Digital media” is worth in Germany alone.

Germany catching up to the digital era

According to a new study presented by the German music association BVMI (Bundesverband Musikindustrie) together with the German book trade association and the German Federation against Copyright Theft (GVU) that examined Germany digital media consumption last year the German music market is catching up to the digital era. The survey showed that 81% of Germans are satisfied with Germany’s online-music offerings. According to the BVMI, 247 million euros($313 million) was made from digital music in 2011 – an increase of 21.2 %. Every fifth euro from German music sales is now made from the digital market.