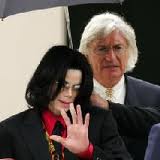 Mr. Mesereau was recently sent an email by a fan who was upset over his participation in this book citing extreme disappointment and a sense of betrayal over Mr. Mesereau’s giving interviews to Mr. Sullivan.

Mr. Mesereau has asked me to (and given his permission), to post his response to this email.

“Powerful people who are criticized in this book are attempting to manipulate the Michael Jackson fan base into not reading it.” ~ Tom Mesereau

“Thank you for your email. I respectfully disagree with your approach to Mr. Sullivan’s book.

First of all, I am less concerned with issues like Vitiligo, plastic surgery and sexuality than the hideous, false charges of pedophilia. The main question, for me, is how to restore Michael Jackson’s damaged reputation.

In my opinion, labeling one as a child molester is worse than being called a murderer. However, please remember, the authorities called Michael Jackson a particularly horrific form of child molester. They said that he took a cancer-stricken child and filled him with alcohol to “soften him up” for sexual abuse. They also claimed that Michael tried to tear children away from their families. They charged him with abducting children and falsely imprisoning them. Michael was also charged with conspiracy to extort the family of the child he allegedly abused.

There are three general groups of people that are relevant to this issue. They are:

Group Two: People who enjoy Michael Jackson’s music and art but suspect him of being a pedophile;

Group Three: Individuals who either don’t like Michael Jackson’s music or are indifferent to him, yet believe he was a child molester.

The main question for me is “How to convince Groups Two and Three that Michael Jackson was not a pedophile?”

Obviously, there is a similar reaction to my position. I know that Michael Jackson was not a pedophile. But, unfortunately, the general reaction from people in Groups Two and Three is “What do you expect? Mesereau was his lawyer.”

Randall Sullivan’s book will do more to dispel these horrific, false charges than anything that you or I have to say.

Mr. Sullivan’s book, with his conclusions that Michael Jackson was not a pedophile, has an enormous capacity to reach a large audience that continues to attack Michael’s reputation. This is because Mr. Sullivan did not approach his work as a Michael Jackson fan or supporter. His work clearly demonstrates that he is willing to address troubling, controversial issues in Michael Jackson’s life, as well as present relevant information that certain individuals don’t like. For this reason, his conclusions that Michael was not a child molester can have more persuasive weight.

On a personal note, I don’t like censorship or group boycotts. I believe that certain individuals who are criticized in this book are orchestrating a negative campaign. Some of the negative comments suggest that the critics did not even read the book. This is disturbing to me.

You say that questioning the sexuality of a “famous, talented, powerful black man is racism”. Do you think this is worse than calling a famous, talented black man a pedophile? If you do, we are in very strong disagreement.

I don’t judge people by their sexuality. Nor do I judge them by their race, religion or spiritual beliefs. Michael told me he was heterosexual and I believe him. But if he were not, it would make no difference to me.

Again, I believe we both share the same goals. We both want to restore Michael Jackson’s reputation because we know what a wonderful, kind and talented person he was. We simply have a different view of priorities.

Thank you for sharing your views with me.