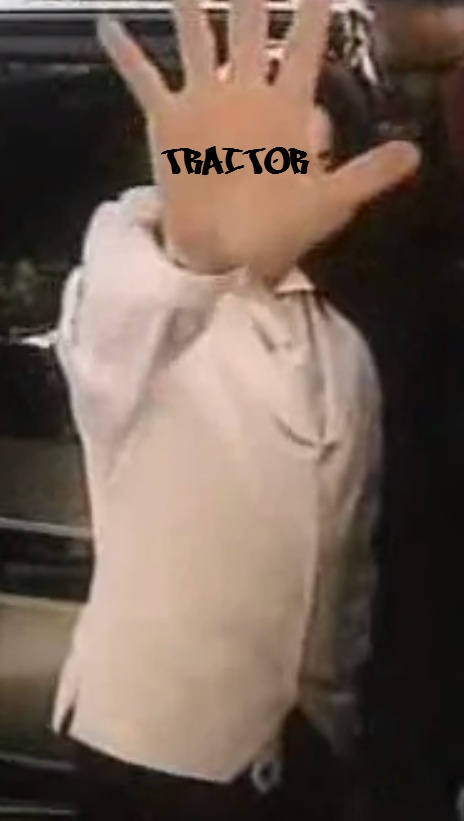 We have no idea why Michaels fans would post the ridiculous statement from Todd.  Todd has multiple “anonymous” sites on the net blasting nearly every person in the autograph  industry, and the only person it makes look bad is him!

I was talking this afternoon to a friend of mine and she mentioned after reading through the statement.  “Although I am in a completely different industry than those authenticating signatures, in my opinion, no professional would be talking smack about another person they don’t get along with within their industry to the general public and/or to anyone who would possibly listen.  Its would be very unprofessional and a disservice to the entire industry.”   We agree!

Clearly these fans learned NOTHING from the suffering Michael endured for YEARS, which eventually took his life…

These so called fans are using a one sided statement from ONE professional in a poor attempt to show the Michael Jackson autographs in the present Juliens auctions are authentic!!!  His statement contradicts what he previously told us, that the autographs are NOT authentic!!   That he would even speak to the FBI, at which point we forwarded his mobile number to the FBI!   Had he said the same as what he is  stating now, we would never have forwarded his details, makes sense right…..

Darren is contacting the experts who have spoken out in public and begging them NOT TO SPEAK OUT AGAIN, promising them that “He will sit down with them in a meeting NEXT WEEK to discuss”  Yeh right, after the auction.  Not hard to figure out whats happening here, right….

Todd seems to have been bought out.  Trying to further HIS career on the backs of a FRAUD like Darren Julien, says a lot about Todd……

These women who have nothing better to do with their lives but spread misinformation, confusing those that do really care about Michael, and what is RIGHT!!   These women are so engulfed in hate towards us, they stalk US in an attempt to contradict whatever it is we do.  Not very professional, not even lady like…  If WE are so irrelevant why do these groups of women, why STALK our timeline daily, respond to our actions with ridicule and slander????  Sadly in the way these women behave all it is doing is making Michael’s fans look like complete NUTS!!  The women have taken on such a task… So much time wasted on nothing, certainly not FOR MICHAEL JACKSON.   It would be advisable for these women to say, go plant a tree, help the elderly, help a child in need, or maybe volunteer at a homeless shelter, God knows there is always some kind of help needed!!!!

Anyway, this is Todd, see his site and his credentials, http://www.toddmuellerautographs.com/about.htm

Verses the FOUR Experts who have declared the alleged MJ autographs as “NOT LIKELY GENUINE” One being With over 19 million collectibles certified and valued over $1 billion, PSA represents the industry

READ NOW RANDY JACKSON TWEETS
https://twitter.com/randyjackson8
“Am I the only one who thinks this auction is a fraud and a scam?”
This entry was posted in Blog. Bookmark the permalink.
*/ get_sidebar( 'footer' ); ?>