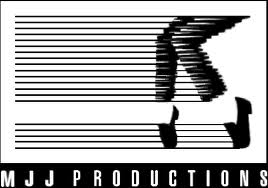 Today we at TeamMichaelJackson are sending certified letters to Darren Julien and John Branca. Supporters of Truth and Justice are invited to either fax or email this letter to The Estate Executors of Michael Jackson’s Estate. Michael Lee bush and Darren Julien Copy/paste enabled sample letter here:- http://tl.gd/kak6fi

You may send a free fax from your computer by clicking here> http://faxzero.com/

In the weeks leading up to and now in the aftermath of the December 2, 2012, Julien’s “Tompkins & Bush: The Collection of Michael Jackson” auction, it has been researched documented and  ultimately confirmed by Michael Jackson Advocates and Researchers Worldwide along with top respected Professionals in the field of Autograph Appraisal that hundreds of items in the Four Hundred and Sixty-Five (465) lots consigned to Darren Julien for sale by Michael Lee Bush are poorly forged with Michael Jackson’s signature and/or inscription.

We in the MJ Advocate Community have repeatedly communicated to you in writing emails and Twitter to inform you of this now fully executed injustice to Michael Jackson.  We did so for weeks prior to the Auction pleading with you to stop this illegality from commencing.

We are aware that you, Mr. Branca, wrote the Foreword to Michael Lee Bush’s recently published book entitled: Dressing Michael Jackson: The King of Style which highlight many of the same forged items that has since been sold by Julien’s during the December 2nd auction. Having your name attached to Mr. Bush’s book by way of your foreword, gives legitimacy and assumed authenticity of the items Michael Bush presented for auction. The aforementioned book was sold and utilized around the World at Exhibitions to publicize the Julien’s-Bush Auction and was actively cross-promoted and sold on-site at Julien’s Auction House in Beverly Hills, California.

We believe that Michael Bush and Darren Julien have committed blatant overt fraud against Michael Jackson’s Legacy. Authenticators have analyzed the signed items of the Bush/Julien’s auction and the consensus is that Michael Jackson autographed memorabilia and clothing, items that are extremely sought after, which typically gross millions of Dollars; has a now depreciated Market Value for Collectors due to the selloff of hundreds of fraudulently autographed Michael Jackson items. Proof of such, is in the numbers, a little over 5 million plus was raised in the recent Julien/ Bush auction; whereas at last year’s Julien’s auction, which featured memorabilia from the Beatles, Madonna and Elvis Presley. One jacket with a signature, the jacket Michael wore in the short film Thriller,sold for 1.8 million dollars. It is important to note, that Lady Gaga has publicly confirmed on her official Twitter account, that she purchased fifty-five (55) of the hundreds of Michael Jackson items sold at the December 2nd Julien’s-Bush auction for approximately $2,000,000. A number of these items are a part of the group of autographed memorabilia and clothing believed to be forged with Michael Jackson’s name.  We are sure Lady Gaga will not be pleased when she discovers she has been the unwitting victim of Fraud, nor will any of the other unsuspecting bidders and buyers from the December 2nd 2012, Julien‘s-Bush Auction.

We ask that you Stand Up, Defend, and Protect Michael Jackson’s Legacy, which he spent his entire life working to create and achieve. It is your legal obligation and fiduciary responsibility as Co-Executor of the Estate of Michael Jackson to ensure such security breaches do not occur. If you do not act quickly, Michael’s Legacy and Brand will become more vulnerable to forgeries, making his estate an easy mark for criminals around the world. At which point, we will have to question your ethics Mr. Branca and whether you are competent enough to run Michael’s multibillion dollar generating enterprise. Revenue loss due to counterfeiters will have a grave impact on Michael’s children’s future, which is something we will not tolerate.

We have discovered a “signed” cardboard standee of Michael Jackson sold at the Julien-Bush December 2nd selloff, that has been verified in writing by Bravado to have been manufactured “AFTER” Michael Jackson’s Death.  Mr. Michael Lee Bush’s Criminal Forgeries are A PROVEN FACT, as we also believe is Darren Julien’s in partnering in this fraud. As co-executor of Michael’s estate, Mr. Branca, we need you to be present and available to answer our concerns. You have said publicly that it is all about the fans’ experience as Michael loved all his fans, we hold you to your words. Protecting Michael’s Legacy and Memory should be a joint effort between Fans, Advocates, Supporters and the Estate. We Michael’s fans/advocates spent weeks working nonstop to bring this fraud to light, while you were unreachable and unresponsive to our thousands of correspondence.  We were told by Ms. Alicia Yaffe of your Official MJOnlineTeam Twitter Account, that you directed her to keep your email flow open for more important matters and for her to answer these concerns directly herself. Why would something this serious be deemed a non-important matter? Alicia responded to all of our emails with the same automatic chain letter, which showed lack of regard for Michael’s fans and advocates around the world. Sadly it appears that Ms. Yaffe was doing her job at the bare minimum and not exhibiting the passion drive respect and love that is needed to be the voice of Michael and the Estate’s online presence. We were trying to alert the estate about thousands of fraudulent Michael Jackson signatures being auctioned off at top dollar. It is unfortunate that people were unknowingly Victimized and Defrauded through the use of Michael Jackson’s Name and Likeness to the tune of Millions of Dollars.

As the one who gave the foreword to Michael Bush’s book Mr. Branca, Bush has said that he obtained permission from and worked closely with you and the Estate to bring this book to life, facilitate the worldwide Exhibition the Michael Jackson Collection and advertise the proceeding auction of showcased items. We are alarmed that someone that has worked closely with Michael for nearly thirty (30) years, and had been witness to Michael Jackson’s true signature, was unable to recognize to such obvious fakes.

From:  Concerned Michael Jackson Advocates, Researchers and Fans, Around the World