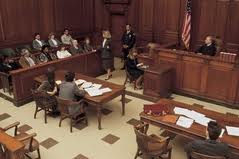 Thursday court was out, We were not in court on Friday. We have acquired permission from ABC to use this information from them for V D Day 4. THANK YOU ABCDay 4 of voir dire in Jackson family vs AEG trial is underway. Marvin Putnam, attorney for AEG, finished questioning the jurors.

Juror 7 expressed frustration for all the probative questions in the questionnaire and personally. He said this is beyond civic jury

Juror 7 said he’s not ashamed of discussing his issues, but believes the jurors deserve an apology for attorneys digging into their lives

Judge and attorneys now talking to juror 7 in private. All the other jurors have been excused until after lunch break.

There’s indication juror 7 will be dismissed and new one will take his place. We’re on stand by.

We started the day with 76 jurors in the pool. A woman with medical appointments coming up and with strong opinions against MJ was dismissed

Another woman told the judge she had an emergency at her house, with cops present, and was immediately excused.

Attorneys are estimating opening statements to happen, at the earliest, on Monday, April 29.

Outside the presence of the jurors, attorneys for each side identified jurors who they believe are bias and asked judge to dismiss them

AEG’s attorney said juror 15, the boutique owner, is worried about his financial hardship. He also said he believes AEG is responsible

Attorney for the Jacksons argued that judge already found there was no cause to dismiss him before, and asked her to let him stay.

Jude Yvette Palazuelos denied defense’s request for dismissal for cause.

Plaintiffs’ attorney told the judge juror 2 said he was going to be fair and had not made up his mind.

Defense argued juror 8 also said he can be fair, impartial and put his preconceived ideas aside.

Judge denied plaintiffs request to dismiss juror 8 based on cause.

Then it was about juror 6. Judge said she didn’t need to hear argument and that he’s dismissed. “He’s got an attitude,” judge said.

Plaintiffs atty asked judge to dismiss juror 1 for cause. He argued juror said MJ needed to work on is ethics, but would not explain further

Defense atty argued juror 1 is a very intelligent man that made clear he thought he could be fair and impartial in the case.

Judge said she will give one more chance to juror 1 explain his answer, since she said she believes we’re entitled to know his thoughts

Tally thus far: juror 6 is dismissed for cause (juror 13 to replace) and juror 7 excused. We’re down to 72 jurors in the pool.

For debate whether juror 7 will be replaced by juror 14 or brand new one. Judge to decide if his excuse was for cause or hardship.

Court now in recess for lunch break. Session should resume in a little over an hour from now.

After lunch judge brought juror 1 back 2 answer what he meant about MJ needing to work on his ethics. He said he meant to say it generically

Juror 1 said he didn’t consider his statement negative, that he wanted to say Jackson was a role model and needed to be aware of that.

Judge Palazuelos denied plaintiffs’ request to dismiss juror 1 for cause.

The next part of voir dire is called peremptory challenge, when attorneys ask the judge to dismiss a juror they don’t want. Each side gets 8

Juror 14: woman with 1 adult son, husband is a fraud specialist at Bank of America. Juror 15: man who said he was subject of traffic trial

Juror 18: man, worked for BofA for 20 years, now works at Baxter. He’s single, no children and has prior jury experience.

Jacksons attorney questioned the new jurors on their responses to the questionnaire and personal views of the case.

Defendants attorney began his turn questioning them, but was not able to finish. We ended the day with 67 jurors left in the panel.

Voir dire resumes Monday morning. The process is slow, but it’s moving along.

During the afternoon break, other jurors were talking to Juror 16, the attorney, in the hallway and asked how he felt about being pressed

Jacksons attorney had just questioned him intensely, he said MJ was eccentric and that MJ was entirely responsible for his own death

Juror 16 said he didn’t know the questionnaire was under oath. Judge didn’t buy it much, since attorneys are officers of the court.

Judge keeping juror 16 for now but said she may let him go in the challenge for cause phase.

I know it’s getting very confusing. Once jury is seated/sworn we’ll tweet the details about each juror again.