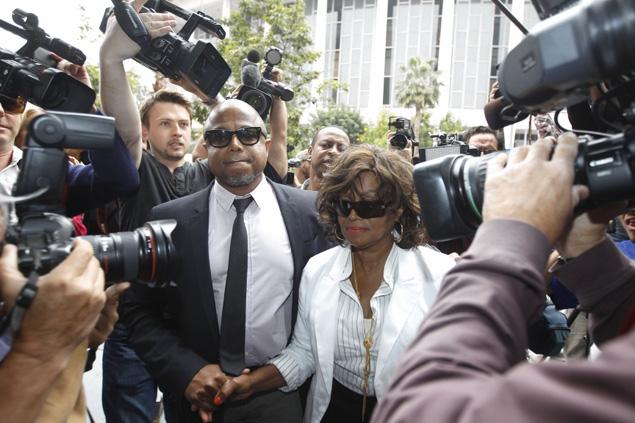 Before the opening arguments began in court today, AEG attorneys had some objections to the slides that the Jackson attorneys would present to the court and jury to lay out their case.

This is a summary of Jackson Attorney Brian Panish’s opening statements:

Before we begin I would like to introduce Mrs. Katherine Jackson…her son Randy and her daughter Rebbie,   Michael Jackson was one of the most successful, greatest entertainer of all time, he performed everywhere throughout the world. This Is it was going to be his biggest most successful tour.