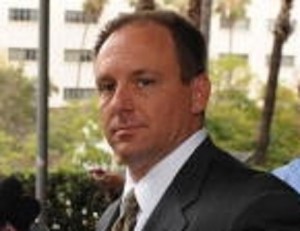 Shawn Trell
(General Counsel for AEG Live and Designated in 24 plus areas as the person most knowledgeable in AEG affairs RE: MJ TII Tours)

A top AEG executive referred to Michael Jackson as “the freak” and another called him “creepy” just hours before their company signed the pop icon to a huge concert deal.

The revelation brought an audible gasp in the Los Angeles courtroom at the wrongful death trial Wednesday and left fans crying.

Jackson’s mother and children are suing AEG Live for what they say was the negligent hiring, retention or supervision of Dr. Conrad Murray, the physician convicted of involuntary manslaughter in the singer’s death.

Katherine Jackson watched from the front row as her lawyer questioned AEG Live Senior Vice President and General Counsel Shawn Trell about an e-mail exchange with his boss at parent company AEG.

The Jackson family matriarch began weeping when Trell returned to the witness stand Thursday morning. She left the courtroom and did not return.