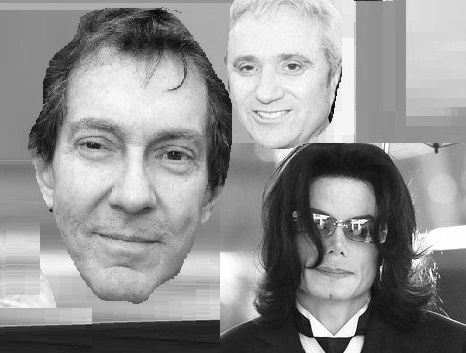 Eric Briggs, AEG’s latest expert witness in the Jackson versus AEG trial has spent his past 3 days on the witness stand telling tales about how Michael Jackson’s debts outweighed his worth, about how Michael’s stake in the Sony/ATV catalog ALONE was ‘not’ worth more than his much alleged though utterly unproven $400M debt claimed by the Estate.

Mr. Briggs is purported by AEG to be an expert in business and intangible asset valuations. He stated on the stand that he works for an independent company, FTI Consulting. Briggs has worked doing valuations for Goldman Sachs, Sony, Capital, Fortress Capital YES we know those names. Yet Mr. Briggs appears to have selective memory and as we have just learned: a severe conflict of interest in testifying in this trial.  Because he has also worked for the Estate of Michael Jackson in evaluating the worth of the Sony/ATV catalog. (Be sure to click the highlighted text in this paragraph)

The subject of a waiver has come up in the courtroom.. to which AEG attorneys have had an objection filibuster and umpteen number of sidebars in the last day or two.

FTI Consulting, the company Briggs works for netted $2 Billion last year, to which he testified yesterday. They got money. So the question is: Will Eric Briggs LIE for John Branca? We don’t think so. Though he IS biased, we don’t think he would jeopardize his position and say he had a waiver if he did not. We don’t believe he will play puppet for John Branca.

We believe Branca DID give him a waiver to testify for AEG, a gross conflict of interest against the Michael Jackson Estate heirs and Plaintiffs in the trial.

Branca gave his blessings via the waiver.. but he did not bank on Brian Panish being so smart to bring that under the spot light.

The problem NOW for Branca is since the media has actually brought attention to the fact of his dirty dealings in that he is supporting AEG, we think Weitzman will come into court and DENY they gave Eric Briggs a  waiver to work hand in hand with AEG to sabotage Katherine Jackson and Michael Jackson’s children’s wrongful death lawsuit – the very one’s they are LEGALLY REQUIRED to financially aid and protect.

Branca must be squirming in the light of day.

Briggs said he — or someone else in his company — gained permission from the Jackson estate lawyer Jeryll Cohen to waive any potential conflict of interest.

“No one from the estate or any lawyers authorized or waived any potential conflict for FTI or Mr. Briggs,” Jackson estate attorney Howard Weitzman wrote in an e-mail read in court Thursday.

“Such a waiver would be counter to the interests of the estate’s beneficiaries — Jackson’s mother and three children”, a Jackson lawyer said.

Despite the conflict, the judge ordered Briggs to answer questions  http://us.cnn.com/2013/08/01/showbiz/jackson-death-trial/index.htmlONE OF THEM ARE LIARS…….JOJN BRANCA (MJ ESTATE EXECUTOR)