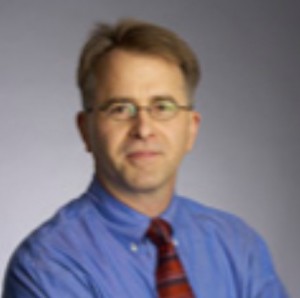 Boyle asked about Earley’s payments on the case. The doctor estimated he’d been paid $80-90k on the case, not including his testimony.

Earley spoke extensively today about his own addiction to opioids and how he was able to be rehabilitated and keep his medical license.

Boyle asked if Earley was relying on his own experiences as the basis for his opinions in the case. The doctor said only to a small extent.

Earley was very candid about his addiction, saying he was at one point nearly homeless and had to relinquish his medical license.

He was criminally charged with writing prescriptions to himself under false names and went into treatment.

His work in the addiction medical field grew out of his recovery and rehabilitation. His issues were in the early 1980s, he said.

Earley said his drugs of abuse were oxycodone, heroin, codeine and hydrocodone. Boyle repeatedly commended him on his recovery.

The attorney asked Early whether in the depths of his addiction, his prognosis was grave. “Yes it was,” Earley responded.

Earley said in response to one question about his recovery that while he survived, many of his colleagues with addiction have not.

The doctor said it was a miracle, by the “grace of God” that he survived. Many of his patients have been addicted physicians.

Boyle asked the doctor whether during his addiction, he had a concert promoter involved in his life, med care. Earley said he didn’t

Boyle asked about the role of a family’s love in the recovery of an addict. Earley said it was important in his early stages of recovery

“Michael had a lot to live for,” Earley said of Jackson and his love for his children, which could have aided in a recovery.

Boyle asked whether Jackson having full time access to a doctor like Conrad Murray would be a trigger for his addiction.

Earley said Jackson had access to the doctor, but it was the doctor’s responsibility to be a gatekeeper to drugs and medications.

In general, there were a lot of delays in testimony today. Lots of sidebars and objections and some charts that had to be quickly redone.

One such delay happened when Boyle asked Earley to find the entry for propofol in the 2009 edition of the Physicians’ Desk Reference.

The Physicians’ Desk Reference, AKA PDR, has detailed entries on many drugs. It’s the book Cherilyn Lee used to discuss propofol with MJ.

It turns out another lawyer, Michael Koskoff, had ripped out the pages on propofol while questioning another witness, Dr. Levounis.

After the lunch break, Boyle questioned Earley for about an hour before passing him to AEG lawyer Kathryn Cahan

Boyle’s examination after lunch focused on the times that Jackson requested propofol over sleep _ they said in court it was four times.

That wouldn’t include anesthesiologist Dr. David Adams, who Jackson approached in 2009 but didn’t discuss propofol by name

Boyle showed a chart listing those requests by Jackson, adding the May 6, 2009 date that AEG exec Paul Gongaware said Murray’s deal was done

Boyle’s point was that Jackson didn’t request propofol from anyone else after Murray was working with MJ on the “This Is It” tour.

AEG’s lawyers point to Murray ordering propofol before that date. Boyle later noted Gongaware’s testimony about talking to Murray about working on the tour and his request for $5 million. That happened 3 to 5 weeks before the May email indicating Murray’s deal with done

Cahan showed Earley and the jury a chart that listed Murray’s first treatments of MJ in 2006, and propofol shipments from April-June ’09.

Earley said in response to a question by Cahan that before Jackson’s death, propofol addiction was virtually unknown by the public.

Cahan asked him the doctor about his blog posts. He said he didn’t think they were an issue because he wasn’t making any diagnoses

Earley was asked whether MJ should have avoided doctors. He said no _ he needed treatment _ but he needed to disclose all his conditions.

It turns out Earley’s co-author had his medical license suspended due to some addiction-related legal problems. He wasn’t working in medicine at the time the study was written. Earley said his co-author has since had his license reinstated and is working in New York

Boyle also asked Earley about whether he had any control over how AEG used his study in the case. The doctor said no.

Earley said he also didn’t have control over how the plaintiff’s used his research, or any other research that’s been published.

“This is a small study. I’m not building the atom bomb,” Earley responded.

At the end of his questioning Boyle asked Earley about his opinion that you can’t blame an addict for their addiction.

“In medicine, we don’t talk about blame,” Earley said. This opinion was played earlier in the case for the jury

Boyle ended by asking Earley if he was aware that Murray ordered more than four gallons of propofol for Jackson. The doctor said he was.

Testimony ended soon after that. The trial resumes on Friday at 9:30 a.m. It’s expected to be a full day of videotape witnessesPlease cback this pages will be updated throughout tee day.