The Estate of Michael Jackson tries to GAG us AGAIN!! 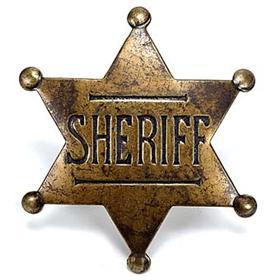 They say there is a “New Sheriff” in town. We see it as a NEW BULLY!!

TeamMichaelJackson.com was maliciously attacked for the third time by John Branca the Estate Executor of Michael Jacksons estate…… Some people have a hard time believing that so here is some parts of the notice and emails from them, as they also targeted out two youtube accounts, one we got back the other we are trying to get back.  I can not post in their entirety as Web Sheriff have threatened me with “Copyrights” over the DMCA NOTICE, Legal notices CAN NOT be claimed as copyrights material, but for now we will oblige them….

Proof John Branca had our site suspended for bogus DMCA copyrights. This is the THIRD time he has tried to gag us 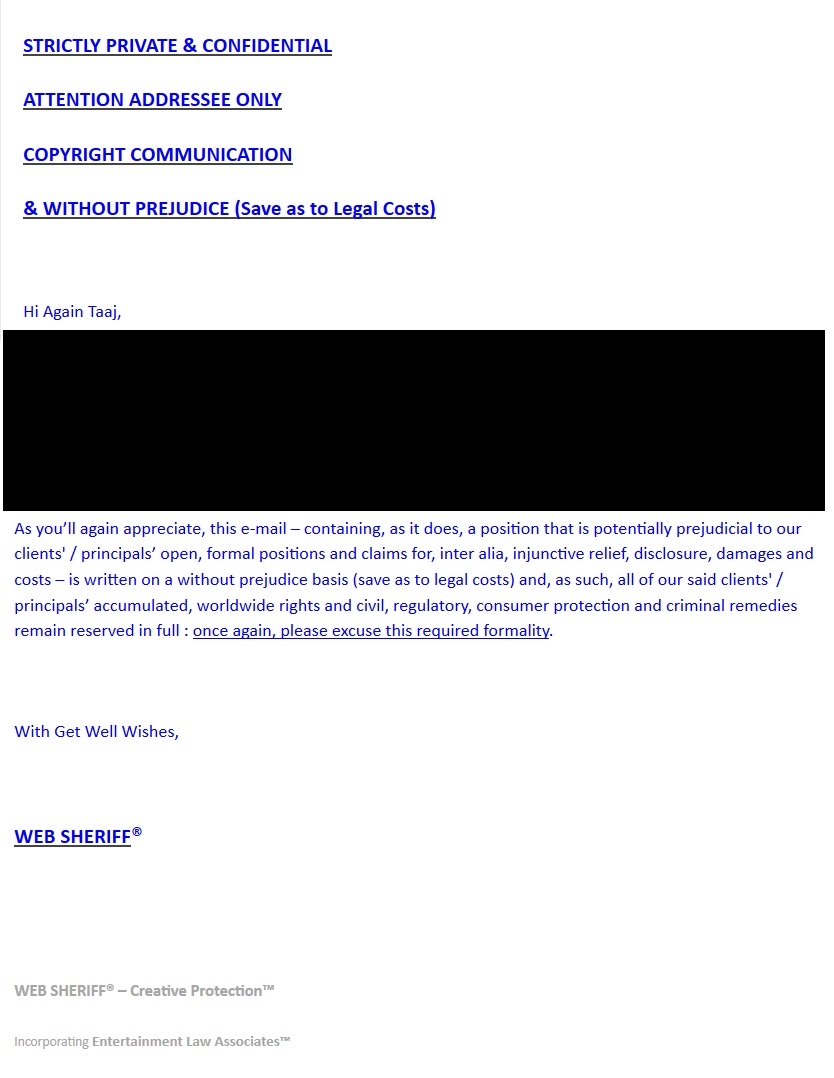 And they want to meet with me…. Branca fans probably think this is cool. I call it intimidation/harassment/BULLYING

This is the first time John Branca tried to take out site away from us..….Click here<<<<This is the second time John Branca via SonyMusic targeted our twitter a/c…Click…There have been times when John Branca has included us in court filings in an attempt to involve us in HTWF case. He does not like us supporting Michael Jackson’s charity. WE HELPED HTWF WITH LEGAL COUNSEL TO FIGHT THE ESTATE!!!! See here<<<<Just to be clear and to give the Estate a chance to defend themselves we emailed MJ Online Team few times, had no response when in the past they have always responded within days. We then contacted John Branca twice, who always forwards mail to MJOLTeam to reply to us. But we still heard nothing, so we contacted MJOLTeam publicly http://www.twitlonger.com/show/n_1rsspl6 STILL NO RESPONSE TO THIS DAY………Web Sheriff pride themselves on the THOUSANDS of sites,infringing post, youtube videos they have had removed, as well as YT accounts they have had suspended…. Read their  self glorification here<<<<Then read the FACTS HERE… Abuse of Takedown notice

Google asserted misuse of the DMCA in a filing concerning New Zealand’s copyright act,[28] quoting results from a 2005 study by Californian academics Laura Quilter and Jennifer Urban based on data from the Chilling Effects clearinghouse.[29] Takedown notices targeting a competing business made up over half (57%) of the notices Google has received, the company said, and more than one-third (37%), “were not valid copyright claims.”[30]

To make this a little clearer for you, here is a youtube video WS had removed for copyright violations.. These were NOT uploaded by us, the top video, as you will see when you click on it has been removed due to a CR complaint from WS. We found another copy to which a link is posted directly below that… Do you think this video violated Michael Jackson Estate/Sony/Epic copyright ???? http://www.teammichaeljackson.com/mj-estate-fraudHere is another they had removed, we found another few copies. A one minute video of various concerts Michael performed DOES FIT THE FAIR USE DOCTRINE http://youtu.be/1eapxHdWot0 No doubt this video will disappear too. but if it does there are plenty more we can find and post links to for you to see just how unreasonable WS, the estate and Sony are!!———————————————-When our site was taken down i was just about to be put under on propofol for a major surgery, to i immediately contacted Helen for help, I forwarded her the notice and all emails correspondence i had received from “Web Sheriff.”  See her research here…. I want to point out she was not sure if John Branca was behind this,,, Our opinions differ on him, or at least they used to until he did this to us!!The Truth behind Suspension of TeamMichaelJackson blogIt so happened that I have the privilege, responsibility and controversy of telling you why the TeamMichaelJackson website was shut down (temporarily so as I hope very much indeed).

It is a privilege and responsibility because I was entrusted with information and should be wary not to harm the admin of the site by disclosing some of its details. It is also a controversy because Taaj and I adhere to different and possibly even contrary views as to who might be standing behind the attack against her TeamMJ blog.

It is in these impossible conditions that I will still try to tell the story out of solidarity with a fellow blogger, love of freedom of speech and a great appreciation for the truth irrespective of which direction it is coming from and what shape and form it is taking.

SUSPENSION OF THE BLOG

Right on the day of her major surgery Taaj Malik received news that her blog TeamMichaelJackson.com was suspended.

The information came from the hosting service saying that following their prior notice “the account was suspended for failure to remove the alleged infringing material within the 48 notice hours”.

The subject of the email referred to a mysterious “DMCA for copyright” and implied that the suspension was due to copyright infringement and that someone claimed that he had a copyright to the materials posted in the blog.

Here is a note on what copyright is:

It was a shock to learn that TeamMichaelJackson was closed due to the alleged copyright infringements as the blog contained a minimum of photos, had practically no music and presented the authors’  own views on the events and people around Michael Jackson during his lifetime and after his death. Read More………