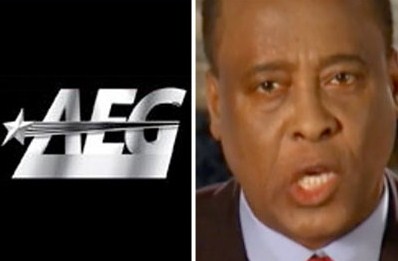 THIS CASE MAY BE MOVING HERE, SEE"NOTICE OF RELATED CASES"

Michael Jackson’s father has sued Dr. Conrad Murray for the wrongful death his son. Jackson claims in the suit that Murray as well as Texas- and Nevada-based medical offices, and a pharmacy provided the drugs that killed the money making pop star, through “substandard medical care and over-medication”

Named in the suit along with Murray in Superior Court are Houston-based Acres Home Heart & Vascular Institute, of which Murray was an officer and director; GCA Holdings aka Global Cardio-Vascular Associates Holdings, a Las Vegas-based Nevada LLC of which Murray is the sole owner and member; and the Nevada located Applied Pharmacy Services LLC and Applied Pharmacy Service Inc., both of Nevada.

Amended-Complaint-FULL-AEG-CONTRACT-P43
Some important points for you to absorb!! from AEG Contact and Jackson Law suit: BY: @KarmenJackson

I thought the reports that the police found baggies of marijuana in Michael’s room were false? Oxman says it’s true in the wrongful lawsuit–You’re more than right, baby! RT@TeamMichael777 funny Murray hid everything why was that left out, #plant”

Joe Lawsuit: On May 3 2009, Randy Phillips and Paul Gongaware complained to Michael that he was not participating in the show’s preparations

They demanded Jackson cease seeing Dr Klein, that he no longer receive medications from him and that he have a new doctor: Murray

Gongaware telephoned Murray on May 8, 2009… he explained Jackson had a drug problem. He stated AEG wanted him to “wean” Michael off

Gongaware said AEG wanted Murray to get Jackson to attend rehearsals and perform. He informed Murray that AEG would hire and pay him

AEG knew Murray was having financial difficulties and utilized that fact to induce him to provide dangerous medical services (poor Murray??)(I thought all of us are free to chose what we want to do in our lives, no one put a gun on Murray to kill Michael…ugh back to docs)

As of May 28, 2009, Jackson was still not attending rehearsals, and AEG asked Murray do whatever was necessary to make sure Jackson appeared

Phillips and Ortega stated that if Jackson missed any further rehearsals, they were going to “pull the plug” on the show. There would be lawsuits and Jackson’s carrer would be over. They stated there would be no further failures to perform on his part or everything with AEG was over.

Ortega told Michael he had to get this “shit” together. Phillips said AEG would “pull the plug” on his house, doctor and shows if he missed

Gongaware said AEG was paying for everything in Michael’s house. Phillips told Michael to do what Murray said to do

Ortega said they were not going to placate Jackson anymore. It was to be “tough love”. Later he said they had read Jackson the “riot act”

On June 18, the very day of the “Riot Act”, AEG finally sent Murray a copy of the written contract

AEG was to provide CPR equipment and a nurse to Murray. The agreement demonstrated they were negligent at not providing any

According to the Agreement, AEG was the only one who could fire Murray. Michael had no right to terminate the Agreement

From the Agreement between AEG and Murray: “Murray shall perform the services reasonably requested by Producer.

When Jackson got to the rehearsal on June 18, he was furious. He had no choice but to accept AEG’s dangerous demands

He “stormed” into the building visibly upset. There were no smiles from Jackson like usual, and he was acting scared to death.

At the direction of Phillips and Gongaware, Murray went to rehearsal that day to observe Jackson. He took directions from AEG

On the evening of that day, Murray attended to Jackson and gave him a cocktail of Valium, Ativan, Versed and Propofol

Jackson appeared for rehearsals on 19/6.Murray was present at AEG’s direction.Michael was upset, not coherent & seemed drugged & disoriented

On June 23, AEG forwarded Murray by email a revised copy of the Agreement. He would not be paid until it was signed by Michael

On June 24, Murray signed the Agreement and faxed it to AEG