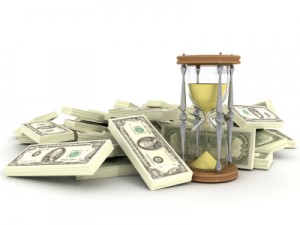 LOS ANGELES — The insurer of Michael Jackson’s canceled comeback concerts has asked a judge to nullify a policy intended to protect concert promoters if the singer wasn’t able to complete the shows.

Lloyd’s of London sued AEG ( AEGXY.PK – news – people ) Live and Jackson’s company on Monday, claiming the concert promoter has failed to provide necessary medical information and details about the physician charged with the singer’s death.

Lloyd’s issued a non-appearance and concert cancellation policy in April 2009 – roughly two months before the pop superstar died. It was issued under an alias, “Mark Jones” and was supposed to cover up to $17.5 million in liability, according to the lawsuit.

The promoter should have informed Lloyd’s what it knew about the singer’s medical history, “including but not limited to, his apparent prescription drug use and/or drug addiction,” the suit states.

Within days of the singer’s death, an attorney for AEG submitted a claim with Jackson’s death certificate, the suit claims.

The insurer states a medical exam of Jackson required by the policy was never conducted, and that they should not have to pay out for the canceled shows scheduled for London’s O2 arena

Lloyd’s lawsuit claims it has been seeking certain information from AEG about Jackson and his personal physician, Dr. , since December 2009.

Murray is scheduled to go on trial later this year for involuntary manslaughter in connection with Jackson’s death. Authorities claim he administered a lethal dose of the anesthetic propofol to Jackson in the bedroom of his rented mansion, although Murray has pleaded not guilty and his attorneys have said he did not give the singer anything that should have killed him.

The cost of canceling the London shows was one of the major debts facing Jackson’s estate after his death.

06/29/2012    Plaintiffs and Cross-Defendant Certain Underwriters….. Separate Statement of Material Undisputed Fcts in Suppport of Motion for Adjudication of Issues

04/19/2012    Report of Discovery Referee to Court on a. Motion by Defendant Aeg Live for Protective Order and b. Time for Aeg Live to Respond to Pending Discovery

08/31/11       Brief of AMICI CURIE Requesting a Stay of Plaintiffs Deposition Subpoenas For Production of Business Records of The Los Angeles County Dept of Coroner, The LA County Fire Dept. and The LA City Fire Dept. Filed by Steve Cooley