@KarmenJackson Couple things re AEG: 1) This confirms what Leonard Rowe wrote in his book (meeting at Michael’s house on May, RP admitted scalping tickets)

Today, VIAGAGO the company who partnered with AEG to charge extortionate prices for the “This Is It” Tour” Have lost in court! They were not able to get a court injunction against C4 who are   airing   a “undercover” OP, EXPOSING THEIR DECEIT!!

Channel 4‘s Dispatches has won a legal battle with the ticketing giant Viagogo over an undercover investigation into alleged “hidden practices” at the online retailer.

The programme managed to overturn a high court injunction brought by Viagogo on Thursday hours before the investigation, called The Great Ticket Scandal: Dispatches, is to be broadcast.

The programme, produced by Hardcash Productions, claims that Viagogo sells tickets at inflated prices and competes with music fans for in-demand concerts by artists including Coldplay and Rihanna.

Viagogo tried to prevent the programme being broadcast “to prevent customer information being made public”, according to its UK director, Edward Parkinson.

However, the high court ruled that Viagogo’s right to commercial confidentiality did not outweigh the defense that the material is in the public interest.

The programme makes a number of allegations against Viagogo, which describes itself as a “secondary ticketing” company.

It claims that the majority of tickets offered by Viagogo are not from individual fans, but from professional ticket resellers or via deals signed with other promoters.

Viagogo has been allocated 9,000 tickets from SJM Concerts and Metropolis Music for Coldplay’s upcoming stadium tour, and more than 3,000 tickets for Westlife’s final tour promoted by LiveNation, according to the programme.

Viagogo said in a statement: “We sought an injunction to prevent customer information being made public. Our number one priority is to protect our customers’ data, so we will always do whatever we can to prevent that information from falling into the wrong hands.”

Responding to allegations made by the Dispatches investigation, the UK director Parkinson said: “Viagogo exists to provide a safe, secure marketplace for the buying and selling of live event tickets. The vast majority of sellers are individuals, and around half of tickets sold sell for face value or less.

“To ensure we can offer our customers the best seats possible, we have on occasion partnered with promoters or artists as this enables us to go above and beyond for our customers.”

The investigation will be broadcast at 9pm tonight on Channel 4. 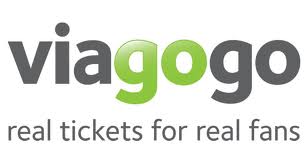 As many as 350,000 tickets were presold yesterday, prompting organizers to claim a record even before the concerts officially open for business tomorrow.

Promoters added at least 15 extra shows after the pre-sale tickets for the 10 planned dates were snapped up within minutes, leaving fans frustrated as websites crashed because of demand.

Half the tickets for the original 10 concerts at London’s O2 arena were put on pre-sale through Ticketmaster at a face value of between £50 and £75.

However AEG Live, the company behind the comeback performances, has agreed a deal with online reseller Viagogo to trade thousands of ‘premium ‘ tickets at between £170 and £700. It is feared many fans unable to secure the tickets through primary sales website Ticketmaster will end up paying the high prices for remaining tickets, which are considered premium because of their proximity to the stage.

The higher priced tickets, which also include special packages featuring VIP access costing £1,500 each, are currently available on the Viagogo website for many of the sought-after dates.

Touts were yesterday demanding up to £1,000 for tickets through online auction site eBay in a bid to cash in on demand.

Fans excited by last week’s announcement of the concerts had to register their interest online and wait for a text or an email that delivered a password for the pre-sale. Millions of fans are said to have registered but only a few thousand managed to get tickets.

TicketMaster’s managing director, Chris Edmonds, said the pre-sale website crash was the result of “an unprecedented level of demand”.

The London concerts are highly anticipated, in light of the King of Pop’s withdrawal from public life since being acquitted of child molestation charges in California in 2005. There are also doubts about his ability to sing for an extended time.

His last live performance in Britain was at the 2006 World Music Awards, when he whispered a few lines of We Are the World before leaving the stage.

The singer has also struggled to pay debts and was forced to give up the deed to Neverland, his ranch and miniature amusement park in California, last year.

Jackson has sold more 750 million albums and won 13 Grammys, but he has not staged a major tour since 1997 or released an album of new material since 2001

TICKET SCALING BY AEG!!! NO WONDER THEY HAVE GONE INTO THE TICKET SELLING BUSINESS

Concert Tickets Get Set Aside, Marked Up by Artists, Managers

In the case of the Neil Diamond concerts, however, the source of the higher-priced tickets was the singer, working with Ticketmaster Entertainment Inc., which owns TicketExchange, and concert promoter AEG Live. Ticketmaster’s former and current chief executives, one of whom is Mr. Diamond’s personal manager, have acknowledged the arrangement, as has a person familiar with AEG Live, which is owned by Denver-based Anschutz Corp. more…

Fans desperate to see Michael Jackson’s comeback performances could have to pay more than ten times the face value of the tickets after the shows’ promoters struck a secret deal to sell the best seats at vastly inflated prices, The Times has learnt.

AEG Live, the company behind the concerts, has agreed with Viagogo, an online ticket reseller, to sell hundreds of so-called premium tickets for each performance at the 17,000-capacity O2 arena, in East London, at about £500 each, compared with their face value of between £50 and £75.

The move means that both AEG Live and Viagogo stand to make huge extra financial returns, while reducing the availability and standard of seats to those fans trying to buy seats through the official, “primary” route, via the Ticketmaster website.

About 10,000 tickets for each of the ten concerts announced last week went on sale yesterday morning on Ticketmaster to fans who had registered their interest on Jackson’s website. However, demand was so high that the website crashed, leading the promoters to announce another 20 dates – which also quickly sold out. It is thought that nearly 300,000 seats have been sold so far. The remaining tickets for each show will go on sale tomorrow.

But The Times understands that outside the official sale of the tickets, AEG Live approached secondary ticketing companies – which allow people to resell tickets to sporting and music events – offering to provide them directly with between 500 and 1,000 tickets for each performance.

It is thought that AEG Live offered the tickets on the understanding that they were sold at about £500 each, with 80 per cent of the revenue returning to AEG Live and the secondary ticketing company taking the remaining 20 per cent.

Last night tickets for seats closest to the stage were on sale on Viagogo for thousands of pounds. Other seats in prime locations seemed to be on sale at surprisingly uniform rates, with many priced at £418 and £659.

AEG Live did not deny its links to Viagogo. The company previously said in a statement: “In an effort to ensure fans are able to purchase premium tickets and exchange tickets directly with other fans, AEG Live has entered into an agreement with Viagogo. The online site allows people to buy and sell live event tickets in a safe and guaranteed way.”

A source close to AEG Live said: “This is the hottest ticket of the decade. To suggest that there won’t be a premium market is unrealistic. We want to make sure it is done properly and fans are not buying the tickets in some dodgy back alley. This is only a small minority of tickets. The aim all along has been to make sure that the majority of the arena is filled with real fans. There are systems in place to make sure people cannot buy multiple tickets and sell them on.”

Concert promoters have previously been against the secondary ticketing companies, which they accuse of promoting touting and depriving the live music industry of income.

AEG Live could face censure from the Concert Promoters Association, of which it is a member, if it is judged to have brought the organisation into disrepute through its actions.

Last month the Government announced a consultation into ticket touting and urged concert organisers to be innovative and come up with new ways of preventing touts from making money from selling on tickets.

Fans who signed up for ticket updates received an email last night saying: “We have now sold out of the presale ticket allocation for 30 shows. Michael Jackson has agreed to add more shows.” It is understood that the O2 has set aside 50 dates for Jackson if the demand exists.

“He’s 50 but he’s going to dance his ass off,” says the confident, quick-talking Randy Phillips, chief executive of AEG Live and promoter of acts from Britney Spears and Prince.

Things haven’t gone entirely seamlessly for AEG since they put their money behind Jackson. Most tickets are being sold straight to fans for £50-£75. But AEG claims its premium ticket partner, Viagogo offered seats for re-sale in bulk, allowing touts and other re-sellers to push up prices. A court has now ordered Viagogo to stop selling to anyone not believed to be an individual fan, until a further hearing.

Another potential hitch is that they do not yet have insurance covering Jackson’s appearance at all 50 gigs – but Phillips insists any risk will be worth it.